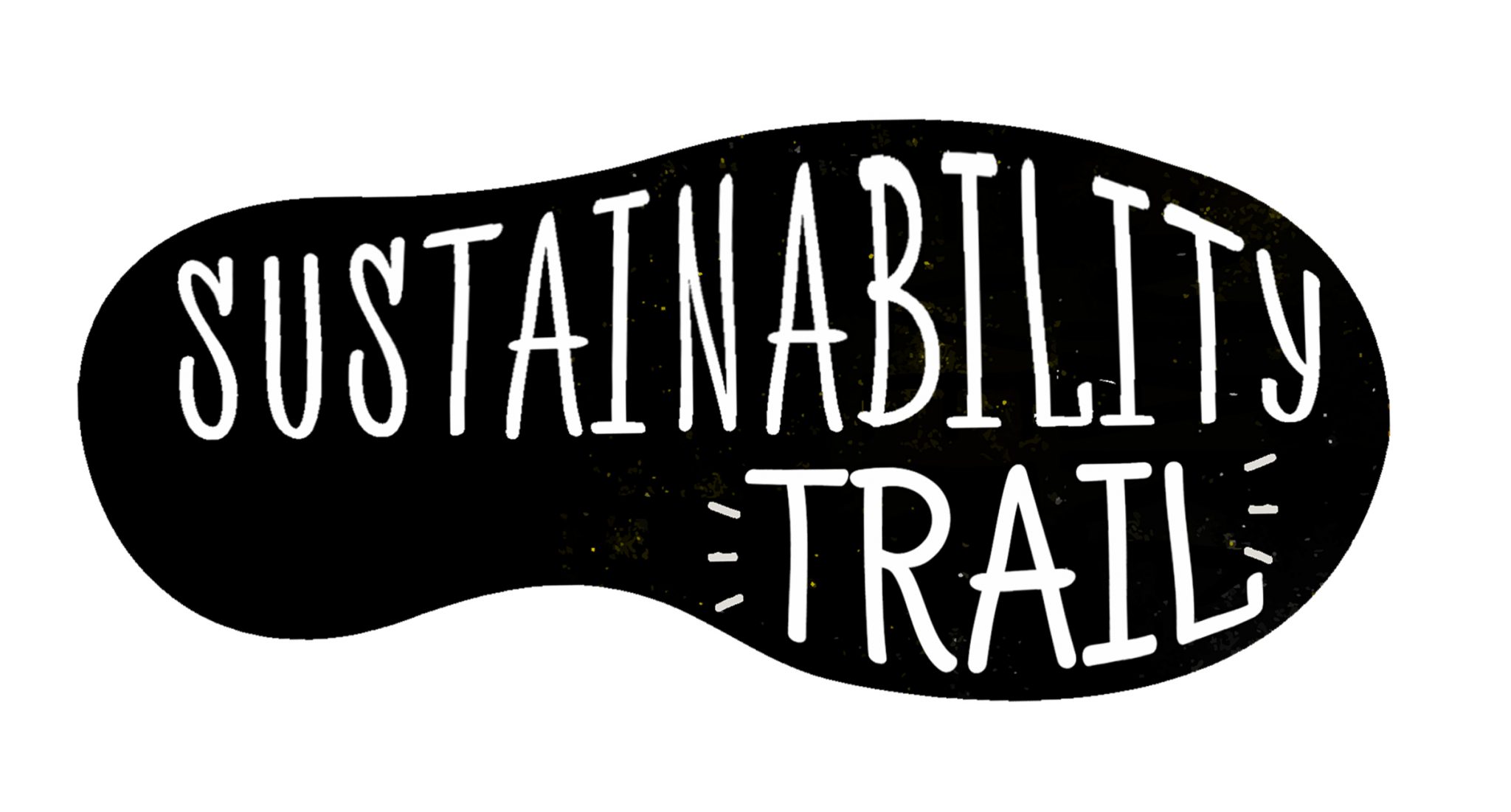 The case study consists of an Augmented Reality Trail which aimed to raise student awareness of issues of sustainability and services available to them to aid their sustainable development. This was a campus wide trail available to all students independently, embedded in some Media, Art and Design sessions and used as directed learning as part of a flipped classroom session. 69 participants took part in the trail. Students which took part during their sessions were Foundation, level 4 and level 5 students.

The project was led by Joanna Samuel, Programme Director for BA (Hons) Digital Media (Faculty of Arts and Humanities). The trail was supported by the sustainability team and the Futures initiatives Fund. This paid for prizes for the trail and the stands for the posters.

Rationale for setting up the Augmented Reality Sustainability Trail

Technology is regularly used in an effort to increase student engagement and thought to improve student outcome. There are many examples of Augmented Reality (AR) being used to enhance learning, specifically, in medical training. AR trails are being used by a number of organisations for tourism and knowledge exchange, but there is little research on the effect AR trails have on student engagement and attainment. This project was created to see the response to the trail, and to gauge how effective it was in facilitating learning.

The project also aimed to raise awareness of issues of sustainability and University services supporting this agenda, a key priority of Christ Church University. 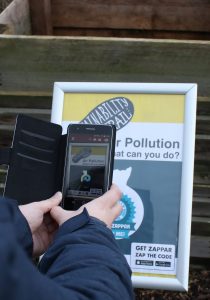 A trail of seven posters was created around the University campus on the themes of environmental sustainability and sustainable development. Each of these posters was embedded with Augmented Reality using a commercial app called Zappar. When a mobile device with the app was aimed at the poster, a short-animated video appeared on the particular subject. At the end of each video, directions to the next poster were given and a letter was shown. Participants collected all the letters from the videos to create a word, which they could then trade for a small prize at the end of the trail.

Data was collected through a variety of methods:

Thematic Analysis (Braun and Clarke, 2006) was used to identify themes from the results.

The main insights gained from interviews of participants is that they found new locations around the campus that they did not know about; they learnt about services available to them and it made them think about the environment. However, participants felt that some of the videos were too long, and they would have preferred more videos and a more difficult word to guess for their prize.

Feedback from a lecturer who used the trail as directed learning was that she found about a third of the class actively did the trail. She found it useful that she was able to reference the messages in lecture, and she says it helped the students’ understanding of sustainability.

Feedback from students who took part in the trail during a practical session said that they enjoyed that it made them go out and move around the campus. They also thought that it created great team work. Some were more interested in the technology than the message being put across. 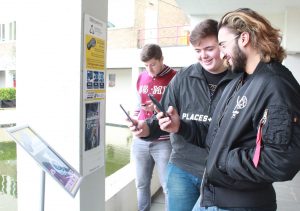 As a tool for engaging students in learning, the data suggests the Augmented Reality trail has been effective. The majority of students who took part in the trail engaged well with the process and demonstrated that they learnt something from it. Unfortunately, what they learnt was not always the intended message, and the novelty of the technology was distracting for some.

The trail was a good tool to introduce themes as part of directed learning or as part of a particular session to explore learning in an alternate way. Students were less likely to voluntarily go on the trail, even when prizes were used as incentives, with just 16 independently participating.

Creating an Augmented Reality Trail takes a lot of time and expertise, and the project lead’s experience of digital media was essential in the development of the tool. However, colleagues may want to search for existing trails which could be downloaded and used to engage students in other forms of learning.

The AR Sustainability Trail can be a useful tool for induction events in all programmes, to allow students to become familiar with the campus whilst learning about the services available to them.

If you want to know more about this project, please contact Joanna Samuel Joanna.samuel@canterbury.ac.uk; www.josamuel.com

For information about Zappar: www.zappar.com

For information about Embedding Sustainability into your curriculum, go to the ‘Teaching Resources’ section of Blackboard.