Kent Centre’s thanks and top events in 2019.

Kent Centre’s thanks and top events in 2019. 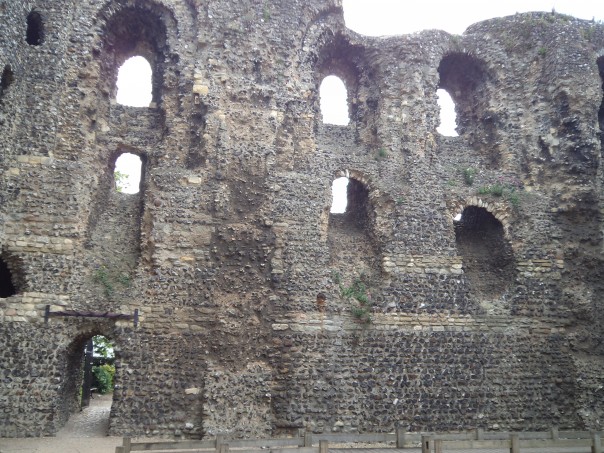 As the last blog of 2019, I want to record my thanks to many for their efforts this year and to offer my top three events.

Even though universities work on a different annual cycle, I still think it is worth using this final blog of 2019 (the blog is about to have two weeks off for Christmas) to mention my top three highlights from this year. Then I will use the first blog of 2020 to focus on the exciting programme of events that are due to take place in 2020. However, before I look into the Centre’s archive, I want to thank the numerous people inside and outside CCCU who have helped us have another successful year. Now these are in no particular order but I thought I would start with someone who is no longer at the university. Ruth Duckworth’s contribution at the box office in Augustine House was immense. She was the human face and voice of CCCU when members of the public wanted help to find out about events, to navigate around the website, to book tickets, to change tickets and much, much more. Although it is great to have Kellie Hogben and hopefully the box office will have more of a physical presence again soon, I really want to say an extra big thank you to Ruth.

Another person who has been an absolute star is Matthew Crockatt. He has done a fantastic job on the Centre’s growing number of web pages and his masterful building of the history weekends’ websites has been nothing short of brilliant. Moreover, his patience and his willingness to change things when events have conspired against us has been so helpful and again I am hugely grateful.

Another big thank you is to Craig and his team at the CCCU bookshop. They supported us again at the Tudors and Stuarts History Weekend, and the bookshop is now a regular feature at these weekends to such an extent that we even had people who just dropped in to see the books. In addition, Craig has been a great supporter of books associated with people at the Centre, including organising a book launch for Dr Diane Heath’s Gender in Medieval Places, Spaces and Thresholds last spring; as well as using social media to spread the word about Centre events.

I would like to mention Julian, Laurence, Terry and their colleagues in AV/IT, all those in CCCU Hospitality, Housekeeping and Security who have helped in various ways at the Centre’s events throughout 2019. I really am most grateful and to have the kiosk open at Old Sessions during the Tudors and Stuarts History Weekend, for example, was just fantastic and greatly appreciated by those attending the various lectures.

There are many among the academic staff, including several sessional staff, who have given freely of their time and expertise and I would like to thank them all. This is far from an exhaustive list, but I just want to give a few names to highlight the value of cross faculty co-operation and the widespread nature of this help. Thus I want to mention Professor Peter Vujakovic (Geography) for his work on Green Heritage and Canterbury’s UNESCO World Heritage site; Clare Stow (Education) for the opportunity for Diane Heath to introduce student primary school teachers to the wonders of medieval animals and their value in the classroom; Connie Nolan (Business Studies) for her enthusiasm and commitment to the Friends of Canterbury Castle with which the Centre is also involved; Dr Harriet Kersey (Research Development) who has been helping Diane Heath develop her ‘Medieval Animals’ project, and latterly ‘English Calais’ for me; and Michelle Crowther (Library) who was involved in the early stages of a digitisation project. Members of Arts and Humanities have similarly been extremely helpful, again this is not an exhaustive role call but I would like to mention Dr Sam Vale (Photography) who was very helpful last summer regarding this digitisation; Drs Astrid Stilma (English) and David Grummitt  (History) who both gave excellent talks at the Tudors and Stuarts History Weekend; Drs David Budgen (American Studies) and Abby Armstrong (now working as a post-doctoral researcher on a prestigious funded project in Germany) who kindly chaired History Weekend lectures, and Dr Ellie Williams (Archaeology) who like me is a member of the Friends of Canterbury Archaeological Trust committee with which the Centre organises monthly public lectures.

Without our various student helpers, both undergraduates and postgraduates, it would be impossible to run these events, especially the History Weekends and among the stalwarts during 2019 have been Dean Irwin, Lily Hawker-Yates and Michael Byrne. Consequently, a very big thank you and to all the other students who have helped throughout the year. And keeping with the students, I should like to thank all the members of the Kent History Postgraduate Group who have presented their research to their peers at our monthly meetings. These have revealed considerable synergies across time, as well as for those looking at topics in different parts of the county. As a result, people have been able to share ideas and research methods to help each other develop their own doctoral projects.

Moving beyond the university, the Centre has gained from working with Canterbury Cathedral Archives and Library under Cressida Williams, the King’s School through Peter Roberts the headmaster, Paul Bennett as Director of Canterbury Archaeological Trust and Annie Partridge the Trust’s Education Officer, the Rev. Mark Griffin at St Paul’s church, Lyndsay Ridley at ‘The Canterbury Tales’ before she moved to Quex Park, Simon Pullen and his team at the Royal Harbour Academy in Ramsgate; Georgie Morton-Browne at St Augustine’s Abbey; and the committee of the Kent History Federation that has aided the Ian Coulson Fund.

Individuals, too, have made considerable contributions to the Centre’s activities and of these I would like to highlight Professor Keith McLay (ex CCCU, now University of Derby) who gave a fascinating lecture at the History Weekend and didn’t claim any expenses; Dr David Starkey who has given a series of excellent lectures ie at each of the Centre’s History Weekends and for no fee, as well as masterful master classes for CCCU history postgraduates; Professor Howard Thomas (University of Aberystwyth) was has been involved in the Green Heritage initiative; Dr Elizabeth Edwards (University of Kent) and Stuart Bligh (Royal Museums Greenwich) with whom I am working towards the completion of an edited collection on ‘Maritime Kent through the Ages’; Dr Rebecca Warren (University of Kent) who stepped in at the eleventh hour and counting to deliver a brilliant talk at the Tudors and Stuarts Weekend, as well as others from Kent and various other universities across England who also spoke at the Weekend; Imogen Corrigan, professional history lecturer, who yet again gave a great lecture but equally is a one-woman publicity specialist, telling audiences about the History Weekends at her various lectures across the United Kingdom; Dr Stuart Palmer who works with Diane Heath to organise ‘Picture this …’, another valuable 3-way collaboration between CCCU, Kent and Canterbury Cathedral Archives and Library; Canterbury’s Lord Mayor, who attended the Nightingale Memorial Lecture where the Vice-Chancellor gave out the latest Ian Coulson Memorial Postgraduate Awards; Dr Andrew Foster (now Lincoln College, Oxford), Professor Beat Kumin (University of Warwick) and Dr Valerie Hitchman (University of Kent) who were involved in the ‘Parish Histories’ conference; Dr David Wright and now Dr Avril Leach (University of Kent) for their contributions to the William Somner conference, and Mary-jane Pampilion who has been the Centre’s receptionist at events but has had to give up this role due to ill health. However, this list would not be complete without recording the Centre’s thanks to Diane Heath for her expertise and tireless enthusiasm; and to its co-directors, Professors Louise Wilkinson and Jackie Eales, the former especially for all her efforts regarding English Cathedrals Together and Becket 2020, and the latter for her role concerning CCCU’s input in terms of Canterbury’s UNESCO World Heritage Site.

Moving on to my top three events, and these are very much a personal choice, the first thing to say is that I am very much spoilt for choice because the Centre was involved in so many great events in 2019. However, this blog is long enough already which means I’ll leave aside the afternoon filming with Alice Roberts and move straight on to my third spot which is a meeting of the Kent History Postgraduates Group back in March when we were joined by Abigail Sargent from the United States. She is studying for her doctorate at Princeton University looking at the medieval peasantry in Kent and Normandy, and at this meeting Abigail gave the second presentation after CCCU’s Janet Clayton. To be able to bring these two universities together in this way was a special moment and I believe both sides benefitted from the encounter that extended well beyond the seminar: https://blogs.canterbury.ac.uk/kenthistory/princeton-and-canterbury-bringing-historians-together/

In my runner-up spot, I want to put Peter Vujakovic’s A – Z that was released Advent-calendar style in the lead-up to the UNESCO World Heritage Site conference. This was a brilliant initiative that included contributors not only from across the university but from outside organisations too: https://blogs.canterbury.ac.uk/kenthistory/celebrating-canterbury-history-exhibition-by-cccu-masters-students/

This brings me to my overall ‘winner’ and as you might expect that is the Tudors and Stuarts History Weekend, which again saw crowds of people in and around Old Sessions enjoying great walks, going on fascinating tours and enjoying the opportunity to mix with like-minded people from across the British Isles and beyond who have a love of history. Furthermore, and even though there was a host of brilliant talks, I want to mention two that were extra special from my perspective from among those I heard. These were given by Professor Maria Hayward and Imogen Corrigan: Maria’s offered the most fascinating insights into the uses monarchs and other royals made of perfumes at the Tudor and Stuart courts, while Imogen introduced her audience to Michael Sittow, that sublime yet little-known Estonian Renaissance artist whose few surviving works are just breath-taking: https://blogs.canterbury.ac.uk/kenthistory/tudors-and-stuarts-2019/

This brings me to the end and all I wish to finish with is to wish all readers of the blog an excellent Christmas and a great new year.