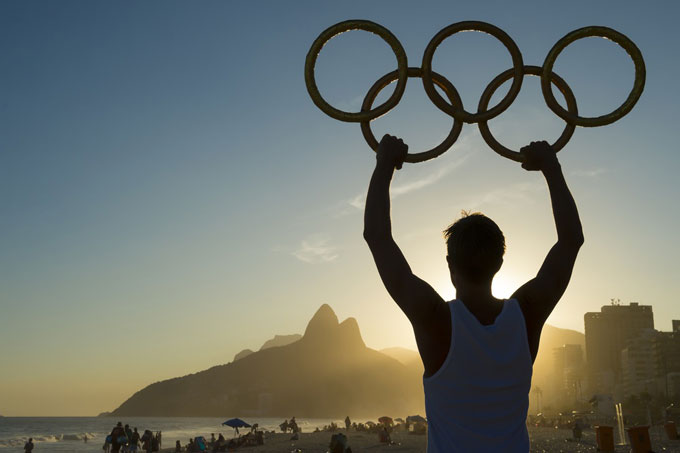 Professor Mike Weed, Head of the School of Human and Life Sciences, comments on the UK Government’s £275 million investment in TeamGB success at Rio 2016, and what should be expected for the money.

In only a few days’ time, on the other side of the world, the Rio 2016 Olympic Games will get underway. Many of us will watch, but will the UK benefit?  Certainly the government thinks that we might. Its Sporting Future strategy, published at the end of 2015, suggests that elite sporting success at the Olympic and Paralympic Games will improve national wellbeing, and increase sports participation and volunteering, and it has invested £275 million of our money on this basis.

If this sounds familiar, it is. Four years ago the legacy claims for the London 2012 Games were that it could deliver impacts for sport participation, economic growth and tourism, culture and volunteering, and the regeneration of the city.  But that was for a Games hosted in London, with a significant celebratory festival effect that built into an increasingly anticipated crescendo over four years. Yet even with the build-up, the anticipation, and the largest medal haul in GB sporting history, the jury is still out on how far, if at all, the London 2012 Games delivered on its legacy ambitions.

So how likely is it that the UK will experience any meaningful benefits from the Rio Games. The Games will take place on the other side of the world, with many of the medals being won some time after midnight, so it is highly unlikely there will be shared national moments in which we collectively celebrate sporting success. Some of us will burn the midnight oil, some of us will catch up with events on breakfast TV or radio, and some of us will watch evening highlights programmes. This fragmented national experience is highly unlikely to create the conditions in which sports participation or volunteering impacts will be realized, nor is it likely to engender a shared sense of national wellbeing.

Yet this is the basis on which £275 million of taxpayers’ money has been invested in the pursuit of elite sporting success at Rio 2016. The government’s Sporting Future strategy is clear about this, noting that the success of investment in sport will be judged by the individual, social, community and economic development outcomes it delivers, not by the size of the medal haul. So no matter how many medals TeamGB wins, if the Rio Games do not deliver more people playing sport, more people volunteering, or a tangible sense of national wellbeing, then by government’s own standards, our £275 million investment will have been squandered.

Professor Mike Weed is Professor of Applied Policy Sciences and Head of the School of Human & Life Sciences. His research on Olympic legacies has been funded by the Economic and Social Research Council, the Department of Health and the Mayor of London.