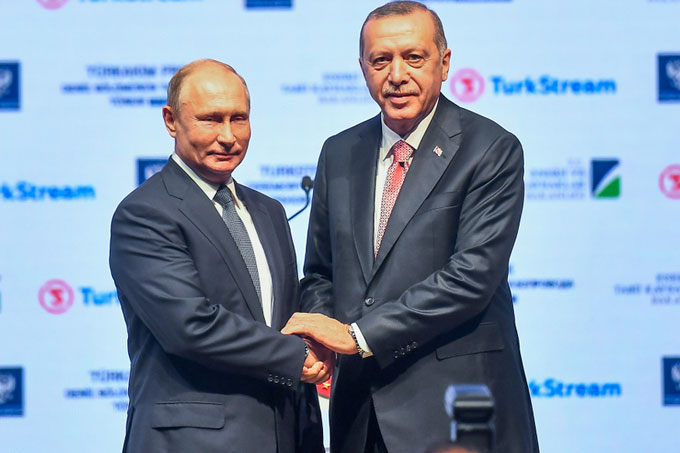 2016 saw the re-issue of Tim Marshall’s (former BBC journalist and Sky News diplomatic editor) provocative book ‘Prisoners of Geography’ in which he examines the geopolitics behind much of the foreign policy issues facing the west today.  This week has seen several important news stories that remind us just how much geography does matter.

Ahead of his visit to meet with Russia’s President Putin in St Petersburg, Turkey’s president Erdogan made clear his intention to develop closer relations with Russia as the country’s relationship with the west ‘cools’ following his crack-down after the recent abortive coup. At their meeting today (Tuesday 9 August 2016) President Putin reciprocated by saying Russia was ready to “re-start dialogue and re-store relations”.

Turkey is currently a member of NATO (joining in 1952, just three years after its formation) and is in a key geopolitical location, forming a critical buffer between Europe and Russia, and Europe and the troubled Middle East. It is the location of a number of NATO bases, including the Incirlik Air Base, which is home to a U.S. Air Force contingent of about five thousand service personnel, as well as serving as a base for the RAF. Despite this, there have been recent calls to suspend Turkey from the alliance.

Vladimir Putin will see this as an important change in circumstances. Putin has long regarded Russia as an energy superpower (energeticheskaia sverkhderzhava) and any change in Turkey’s relationship with the west could play into his hands.

Much of Putin’s power relies on geography – the fact that Russia controls key oil and gas pipelines that supply much of Europe’s energy needs. Alternative sources of supply and routes from central Asia to Europe run through Turkey. If Turkey aligned with Russia this would increase Putin’s power through his ability to turn-off the taps.

Meanwhile on the other side of the world, Japan’s foreign minister, Fumio Kishida, has this week cautioned that its relations with China are ‘significantly deteriorating’ following an incident in which China sailed over two hundred fishing vessels with coast guard protection into water surrounding dispute islands in the East China Sea. Japan currently controls the islands – known as the Senkaku by the Japanese and as the Diaoyu by China.

Tensions also remain high in the disputed South China Sea, especially between China and the Philippines. While the situation in both seas is complex, access to vital supplies of hydrocarbons is part of the story – geography matters! Whoever controls key islands in both seas, can also make claims to a 200 nautical mile Exclusive Economic Zone (EZZ) and the resources contained within it.

And finally, and perhaps most worryingly, is the news that US 50 key Republican security experts have written a letter stating their concerns about Donald Trump’s capability to be an effective president, especially with regard to his international agenda. They warn that he would be the ‘most reckless president’ in US history.

Trump has countered by pointing the finger back at this group and their record in government, saying: “We thank them for coming forward so everyone in the country knows who deserves the blame for making the world such a dangerous place.”

Again, energy is playing a part in the issue, with the US developments in shale gas and oil limiting its heavy reliance on areas such as the Middle East, this will have an impact on US foreign policy. A 2014 article in the respected journal Foreign Affairs (published by the Council on Foreign Relations, an influential US Think Tank) was already predicting changes in the geopolitical relations as the US again becomes an energy superpower able to challenge Russia. How Trump would use this new power is uncertain at present, but anything that allowed him great freedom of manoeuvre geopolitically could be of concern.

We are facing a period of some uncertainty. The next few years may see what could be termed the rise of the ‘fluid-powers’ – those that have the ability to control resource supplies, including water as well as hydrocarbons, and to turn these off at will as a geopolitical weapon – in which case geography will matter very much.

Peter Vujakovic is Professor of Geography. He has written extensively on maps and geopolitics and is a frequent contributor to Maplines, the magazine of the British Cartographic Society. He coined the term ‘fluid-power’ in his article ‘Mapping the Octopus’ in Maplines (winter 2014).