With controversies ignored, was Rio 2016 an “opiate for the middle classes”?

Just over two weeks ago the world was looking forward to the start of the Olympic Games. And in the build up to the Rio 2016 Opening Ceremony, BBC Sport turned its attention to a discussion of the “controversies” that had surfaced in the run up to the Games.

They certainly had plenty to choose from: the week prior to the Games had seen a schedule of Jogos da Exclusão (Exclusion Games) protests, another of which was gathering as the BBC Sport coverage rolled; Terres des Hommes reported on 600 families evicted from the favelas and on children’s rights abuses; Fora Temer protests against the perceived corruption of the interim Brazilian President, who was audibly booed at the Opening Ceremony despite attempts to drown out protests with music, included those against the cost of the Games; the Torch Relay seen live (as opposed to carefully chosen TV coverage) looked like a military parade; and all this was kept in check by a security presence of 85,000 police and military personnel to secure the green, blue and yellow jamboree in Rio 2016’s front-of-house. As the Games began, Calamidadeo Olimpica (Olympic Calamity) protests took place inside the Olympic Park and outside the Olympic Stadium, volunteers resigned over human rights abuses, and the Ford Foundation alleged the Games had brought violation of human rights, increased public debt, and the concentration of expensive infrastructure in prosperous developed neighbourhoods. ESPN reported that the enthusiasm usually evident around celebrations like Carnival and New Year’s Eve was noticeably absent, that nearly two out of three Brazilians believe the Games will bring more harm than good, and half disapprove of hosting the Olympics.

But for BBC Sport, the controversies being discussed on the eve of the Games were the increasing number of positive drug tests among athletes, and the systemic doping uncovered in Russia. A key issue for sport, perhaps, but not really on the same scale as 600 of the city’s poorest families losing their homes and the perception that the country’s failing economy has been exacerbated by the financial burden of the Games.

It is an oft repeated cliché that sport and politics shouldn’t mix, and BBC Sport concluded its eve of the Games discussion with all its sports star pundits agreeing that they hoped they could “now just focus on two weeks of top class sport”. But should we expect more of sports coverage from the nation’s public service broadcaster? Should we expect that the world’s premier sporting event is presented, not in a vacuum, but in the social and economic context in which it takes place? Should we expect sports reporters, first and foremost, to just be journalists?

Or are we, as viewers, complicit? Marxist scholars have compared sport to religion as an “opiate for the masses” that distracts the working classes from the real economic issues that affect their lives. But does the BBC Sport coverage of the Rio 2016 Games provide something different: an “opiate for the middle classes”? A gold, silver and bronze distraction that spares us the distress of having to see the real struggles that are taking place, and perhaps being exacerbated, in people’s lives behind Rio 2016’s heavily securitized Olympic curtain?

Professor Mike Weed is Professor of Applied Policy Sciences and Head of the School of Human & Life Sciences. He was part of a global panel hosted in Rio in August 2016 that discussed good governance in bidding for and organising the Olympic and Paralympic Games. 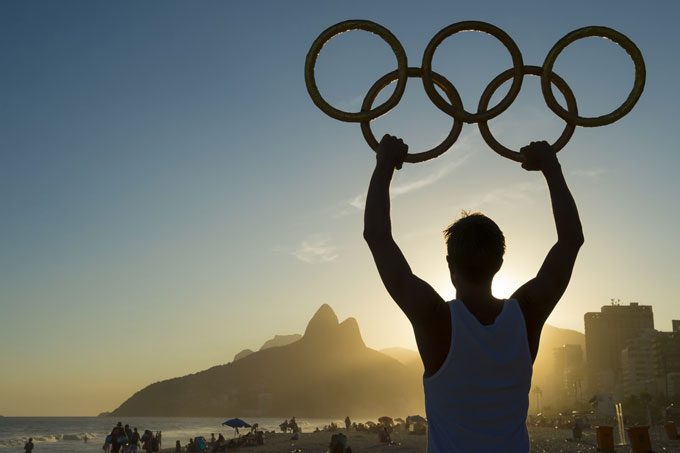