Why Canterbury needs a festival of lights.

Why Canterbury needs a festival of lights. 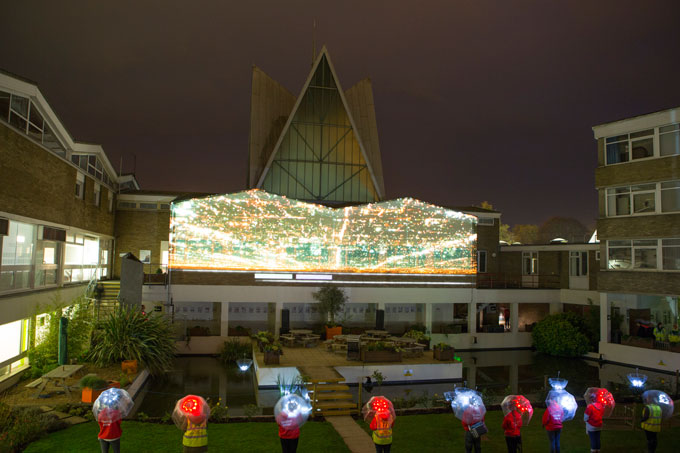 Dr Jane Lovell and Howard Griffin explain the positive impact light festivals can have upon towns and cities.

In 2005 the event Cathedrals of Light was staged, linking the cathedrals of Canterbury, Rochester, Rouen and Amiens, following a successful event at 2004 at St Augustine’s Abbey. The event attracted 7,000 visitors and formed the inspiration for Durham to build Durham Lumiere, where 240,000 people viewed 29 installations around the city in 2017.

Lyon’s Festival of Lights has demonstrated that light festivals create lasting impacts in terms of reducing antisocial behaviour at night, making city streets safer. Cheriton Light Festival put the village on the map, drawing some of the most well-known light artists, the local community and visitors from further away.

Light festivals are particularly effective in historic cities: York, Oxford, Lancaster, Truro and Edinburgh use their distinctive architecture and narrow streetscapes both for great effect for night parades featuring fire and light sculptures and for encountering subtle and intriguing works on rooftops, in gateways and courtyards.

The monumental size of some World Heritage Sites, castles and cathedrals makes them the perfect venues for outdoor events and provides an innovative way to interpret their many stories and illuminate their manuscripts. In Amiens, the past was brought to life, allowing spectators to travel in time to see the portico statues in their original bright medieval colours.

Heritage buildings are extremely fragile; projection mapping software creates a skin of light over structures which makes static buildings appear to move organically in three dimensions without damaging the facade.

An event staged to commemorate Canterbury Christ Church University’s Golden Jubilee in 2012 centred on the unremarkable Fisher Tower, which became the focus of the spectacle.

Light installations also provide the illusion of depth perception, using the power of darkness as much as light to generate experiences of wonder and transformation in the viewer, making the everyday extraordinary and de-familiarising the familiar.

It is time for Canterbury to take the lead once more and stage a festival of light and we are currently exploring possibilities with Canterbury City Council. With the right lighting, historic streets such as Butchery Lane and Palace Street and evocative heritage features such as Mint Yard Gate will be turned into fairy tale venues.

On Bonfire Night, 5 November 2018, you will be able to see our latest installation at St Augustine’s Abbey from 6-6:30pm.