Education and the centenary of the end of WWI.

Education and the centenary of the end of WWI. 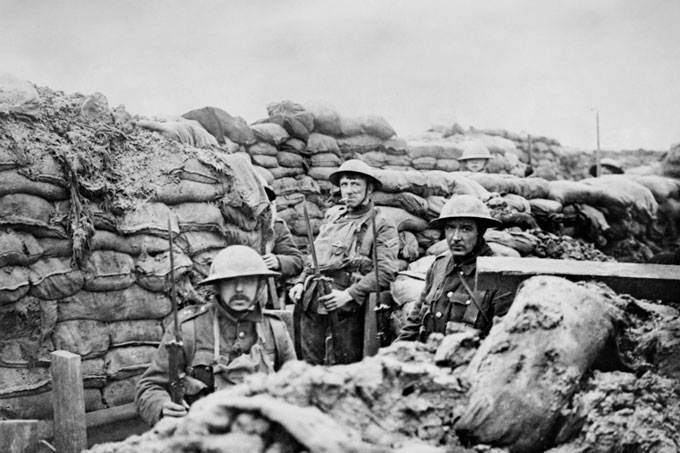 Patrick Meehan offers an alternative viewpoint to teach younger generations on the outbreak of WW1.

In 2018 we conclude a year of commemorations related to the end of the First World War and so it’s timely to reflect on how we educate the coming generations about the cataclysmic events of 1914-1918.

It is often said that history is written by the winners. Therefore, official commemorations of major events can often obscure both personal, and arguably objective accounts.

In respect of WWI, the orthodox educational position is that the war was an appalling catastrophe filled with gross incompetence at high political and military levels and needless slaughter of ordinary soldiers in pointless battles. Indeed as historian David Olusoga points out, most people’s main understandings of WWI derive from the poetry of perhaps two dozen upper middle class English officers. He argues that they know next to nothing of the contributions made by other nations in what was the first human conflict on a global scale. Most of this educational effort focuses on the awful human cost of the war and the outstanding work of the Commonwealth War Graves Commission in preserving the memory of the fallen with due dignity.

So as we commemorate the end of this war it’s important to look beyond what ‘everyone knows’, e.g. the alliance system was triggered by the assassination of Archduke Franz Ferdinand and Europe was dragged into a war which dissolved old empires and altered surviving societies, and to examine the war as a rational act of nations and peoples.

With this in mind we should recognise that entry to that war, just like our involvement in Iraq and Afghanistan, was a decision of sane experienced politicians and the prosecution of it was a collection of decisions by sane and experienced military officers.

Choosing war in 1914 was a political decision by the respective nations to act upon their alliance commitments in military rather than diplomatic ways, and it was taken in each case after consideration of the strategic economic and political opportunities and risks.

For France, Britain and Russia the war represented a chance to reinforce their political and military pre-eminence by decisively defeating the upstart ambitions of Germany and reducing the power of Austria-Hungary. From their perspective then, any war was likely to be long and costly but ultimately worthwhile for the potential strategic gains.

For the Austro-Hungarian Empire the war was necessary to finally deal with the simmering Balkan unrest and to thereby reduce similar nationalist tensions within its borders. War was, therefore, a regrettable but necessary course of action.

In the case of Germany the opportunities were felt to outweigh the risks and so it was decided to prosecute a quick war in Europe to gain territory in France and Belgium and to hold it until Britain and France came to accept the new status quo – a gamble but a potentially viable one.

This gamble almost succeeded twice, but ultimately failed and the combined colonial resources of Britain and France and the material strength of the United States of America brought victory to those nations.

WWI brought rapid innovations in medicine, manufacturing, transport and armament technologies and led to women gaining the vote in Britain. The harsh peace settlement in 1919 however, set Germany on the road to WWII and Britain and France on a path to losing their overseas territories in the wake of that second and larger conflict.

In 2018 the world wrestles with Far Right movements and Britain totters about trying to decide what kind of relations it wants with its neighbours. We should therefore pause to recognise the contribution of the European Union in converting competitive nationalism into global cooperation. We should also remind ourselves of the sacrifices made by military and civilians of all nations to achieve a peaceful modern world.

At the going down of the sun and in the morning we will remember them.

Patrick Meehan is a Senior Lecturer in the School of Childhood and Education Sciences.