Halloween 2018 and the closing of the long running franchise (we hope).

Halloween 2018 and the closing of the long running franchise (we hope). 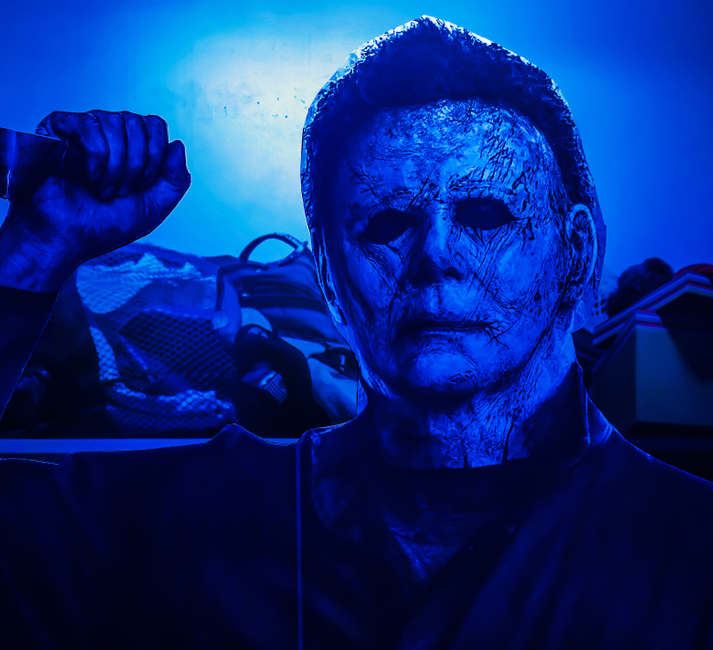 Dr Ken Fox discusses the remake of Halloween and why we enjoy experiencing fear through the horror genre of film.

I can already hear traces of Wizard’s “I wish it could be Christmas everyday” in the air as we approach the end of October. That song along with the Slade’s Christmas ditty are the irritating earworms of the season. And just like the repetition of those jingles, the reappearance of another Halloween movie makes us all want to shout; enough already.

The John Carpenter original in 1978 introduced Michael Myers, the serial killer who preys on babysitters. The film has spawned seven sequels and two remakes and also introduced his nemesis, Laurie Strode (Jamie Lee Curtis), who returns in this version 40 years after the original encounter. The slasher horror sub-genre generated a whole raft of critical and scholarly material and the explanation of the popularity of this type of horror can be located in its ability to mine the puritanical values under the surface of American society, where promiscuity, particularly involving the female, is punished.

However, Carol Clover’s Final Girl Theory, outlined in her wonderfully named book, Men, Women and Chainsaws (1992) explores how in some horror films the last character standing to face the monster is the strong, smart, resourceful woman, who appears to be sexually unavailable; think Ripley in Alien or Laurie in Halloween.

The 1978 Halloween was directed by John Carpenter, a master of action cinema, whose work with Dean Cundey, the cinematographer, innovated the use of Steadicam (hand-held cameras that supplied a fluid movement without the shakiness associated with that shooting technique). As can be seen from the opening sequence of the original, this cinematic innovation heightened the fright factor in Halloween and placed the audience in the uncomfortable subject position of voyeur and murderer. The return of Halloween 2018 offers an opportunity to look again at the original as the current film attempts to skip over the other sequels and return to the source for a final showdown between Mike and Laurie.

Our desire to experience fear in safe cinematic spaces or the safety of the home environment while watching these movies keeps the horror genre as one of the most popular forms of visual, oral and written storytelling.

Halloween as a festival that celebrates and mourns our ancestors is one of the few times when we as humans confront our mortality. The movies enable to do this on a regular basis with the horror genre providing plenty of opportunities for us to be “the final character”. For some, the horror nostalgia of Halloween 2018 won’t disappoint, but if your taste for horror is limited, I recommend you check out Coco (2017) on DVD, a Pixar Animation Studios release that sends a 12-year-old Mexican boy to the Land of the Dead for some guitar lessons from his deceased great-great-grandfather. Inspired by the iconography of Mexico’s Day of the Dead festival it knocks Halloween 2018 into an upturned pumpkin.

Dr Ken Fox is Principal Lecturer in the School of Media, Art and Design.