We need more female role models in sport to inspire the next generation.

We need more female role models in sport to inspire the next generation. 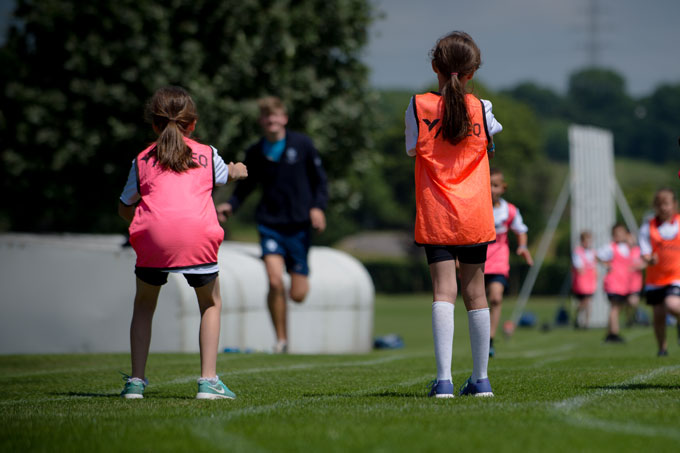 Academics from Childhood and Education Sciences and Sport and Exercise Science explain why the visibility of women in sport at all levels is essential to inspire females to continue with physical activity.

This week marks the start of National School Sport Week (NSSW) 2018, run by the Youth Sport Trust. The week is designed to encourage pupils to be more active and to celebrate the role of play and sport in education.

Collaborative research from Women in Sport and the Youth Sport Trust suggests that only 56% of girls recognise that being physically active is important, compared to 71% of boys, with 45% of girls seeing the relevance of Physical Education lessons to their lives compared to 60% of boys. Disturbingly, the pivotal age at which girls start to lose interest in physical activity is just seven years old.

One way to address this loss of interest could be through identifying and encouraging more female role models within the sector of physical activity, sport and Physical Education. This should go some way in proving to girls that lifelong physical activity is as important for them as it is for boys. Additionally, more visibility of females in professional, grass roots, and performance sports, as well as coaching, teaching, and sport and exercise science would aid an increased exposure for women throughout the breadth of this field.

The shortage of female role models within the sport field is widely acknowledged in international strategies and research reports, which aim to improve female participation, yet the recent list of the world’s 100 highest paid athletes does not include ANY females.

The hugely successful This Girl Can Campaign by Sport England identified that accessible role models were key. By using ‘street casting’, their images of girls and women of all shapes, sizes and faiths are thought to have impacted the physical activity levels of 2.6 million females.

Research supports the notion that role models must be ‘culturally relevant’ to individuals, meaning that elite athletes and sport star role models need to be recognised, but, in addition, so do female coaches, PE teachers, researchers, academics and mentors. Ultimately, it is these women, and not athletes posing provocatively in sports illustrated in their swimwear or pictured winning Olympic medals that are the figures that girls and young women can relate to most, and have the greatest opportunity to communicate with.

Female sporting role models should be respected within their fields, as strong, able and inclined to speak up when necessary. This is also true off of-the-field.

The dearth of females in leadership positions within Sport England and funded National Governing bodies (2016 statistics report only 30%) also highlights the culture shift required to place women in visible positions of power in within sport. Merely ‘adding females’ by increasing the prominence of female sporting role models is not sufficient, instead, the messages that role models are sending also need to be considered.

Ultimately, increasing the visibility of women in all realms of sport and physical activity should be considered as a tool to aid the next generation of girls to feel inspired to maintain interest in the field beyond the age of seven. In turn, this will help programmes such as National School Sport Week to go beyond one week per year of celebration of active pupils, and will enhance, in particular, the lifelong participation of girls.