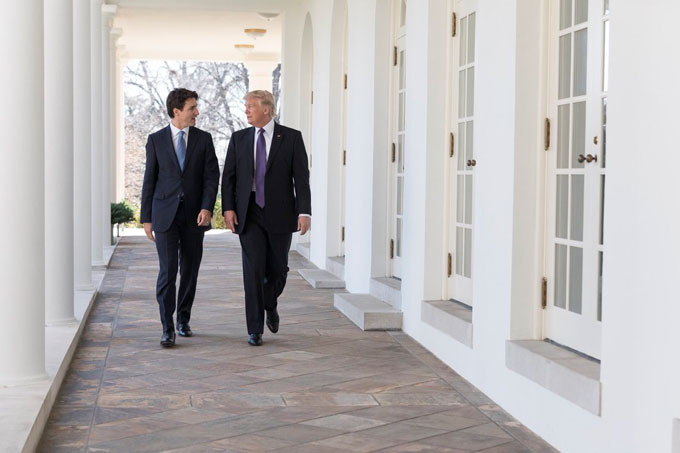 Professor Amelia Hadfield looks at the implications of President Trump’s decision to impose tariffs on steel imported from Canada, Mexico and the EU.

I admit it. I’m a foreign policy junkie. I admit to getting a buzz during the G7, the EU, the UN. Not even Brexit has worn down the intoxication of the international. But I wasn’t prepared for the adrenalin rush of the recent G7, and the war of words between the US and …Canada?

Donald Trump vs… Justin Trudeau?? Flashbacks of Nixon vs. Trudeau Senior! It’s all so close to the UK-US press conference in the film Love Actually, when Hugh Grant tells the reassuringly sleazy US President to stop being a bully.

Like any good spat, it needs to be made clear at the outset that THEY started it.

Let’s recap. Back in April, President Trump first floated the threat of tariffs, demanding that Canada, Mexico and the EU agree to voluntarily limit their exports to the US. They said no, unlike Argentina, Australia, Brazil and Korea. A couple of weeks ago, Trump then made good on his threat to implement 25% tariffs on steel imported from the EU, Canada, and Mexico and a further 10% on aluminium .

By slapping trade tariffs on steel and aluminium imports, Trump has created some major hurdles for himself, with damaging repercussion for the US both at home and abroad.

First, Trump has made a collective trade foe of EU, Canada and Mexico. Slapping tariffs on their steel and aluminium, insisting on the strategic (even military) rather than economic role of steel, and finally throwing a temper tantrum when Trudeau reasonably pointed out with other leaders at the recent G7 that such tariffs won’t be taken lightly reveals that Trump’s adolescent approach to world affairs won’t mature anytime soon.

Second, Trump has given rise to genuine ‘bad faith diplomacy’ between him, and the rest of the G7 (at a minimum). As the fabulous ‘Last Supper’ photo of a resentful Trump opposite a deliciously peeved Merkel indicated, Trump has continued to alienate both the key personages within grouping like the G7, and the underlying system and values that they represent. Not wise. If contemporary political history teaches us one thing, it’s that you don’t ride roughshod over hard-won allies. Bridge building with North Korea may seem cool and edgy, but bullying those historically supportive of America – both remote and proximate – is a singularly injudicious approach (that’s Canadian for stupid).

Trump’s approach will have political consequences. And it will have trade consequences – some of which have already begun. The EU, Canada and Mexico have responded identically: with limited but target tariff retaliations of their own.

Beyond the shores of Europe, many within the US, both Democrats and Republicans, arguably support the pithy observation of Republican Senator Ben Sasse from Nebraska that Trump’s approach was – in a word – “dumb”. In foreign policy terms, Sasse suggested that “you don’t treat allies the same way you treat opponents”; and further, that “blanket protectionism is a big part of why America had a Great Depression. ‘Make America Great Again’ shouldn’t mean ‘Make America 1929 Again’”.

Donald’s chickens may come home to roost. The EU, Canada and Mexico together can easily combine their respective retaliatory tariffs to make it genuinely costly for a whole range of US exporters – from farmers to whiskey producers – to ship their products abroad. And they’ve got the moral high ground in simply being seen to stand up to Trump (including a satisfyingly chastened Macron).

Surely the right response to is to keep the rules-based system in place by supporting rather than hobbling the WTO; working on a compromise with allies to reduce the overall output of steel; and targeting Chinese (and global) steel overcapacity in a more balanced series of measures. Fallacious arguments suggestion steel, aluminium and cars represent American national security interests won’t wash with anyone. Trump should look more closely at the US’s own steel imports which in 2017 represented $29 billion (only $1billion of which came from China in terms of steel, and $1.7 billion in aluminium), and ask whether its domestic balance is where it should be. A basic lesson in economics wouldn’t go astray for the current White House resident: a trade deficit is a very simplistic way to measure national growth and sustainability.

The above is an extract from the Politics and International Relations blog, Trudeau vs Trump: a two-fold tale of tantrums and tariffs.

Professor Amelia Hadfield, is the Centre Director for the University’s Centre for European Studies (CEFEUS). 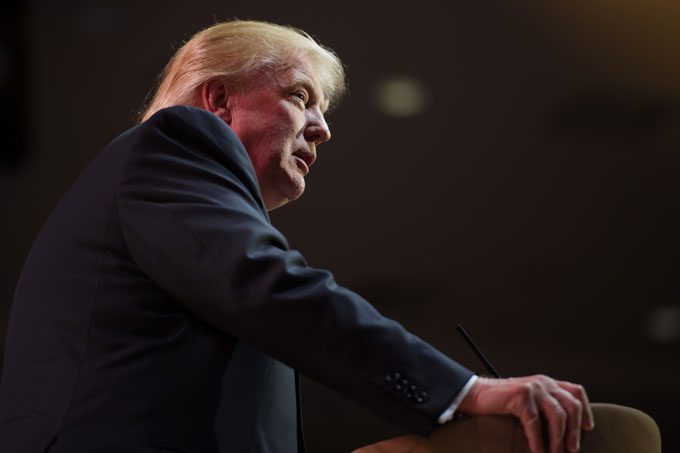 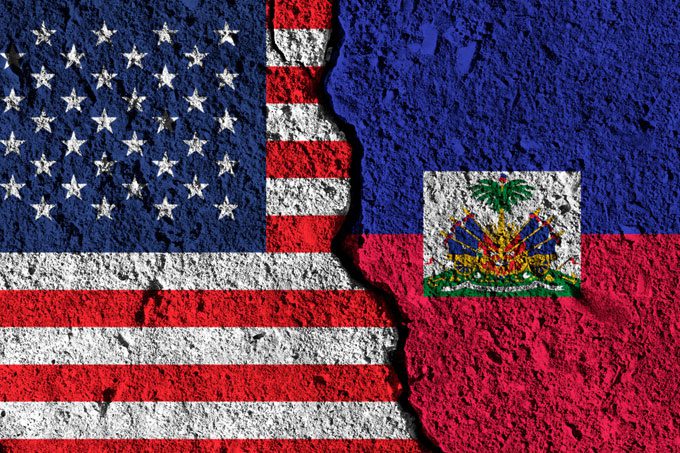