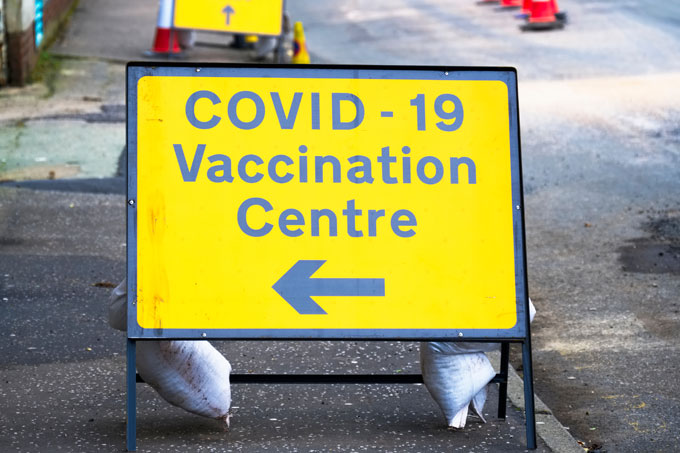 Academics from across the University come together to explain how the Government and Big Pharma need to address past mistakes and reach out to dispel vaccine myths.

It is disheartening to see that in the current pandemic some communities are more fearful of Covid-19 vaccines over the virus itself. Immunisation programmes are collective preventative efforts and one of the biggest public health achievements in the fight against health inequities. As we have lived through the pandemic it has become clearer that Covid-19 has exacerbated the inequalities that already existed. The expression that ‘we are all in this together’ just does not ring true when Black, Asian and Minority Ethnic (BAME) people are at higher risks of getting the infection and dying from it.

Beyond the disease itself, and as the UK vaccine programme is being reported as a success, we see reports that people from BAME populations are being under-reached by the programme. There are several factors contributing to this, including distrust and suspicion of healthcare systems and pharmaceutical industries.

Healthcare provision, health research and the development of medicines have a long history of abuse toward BAME populations and of over-looking and under-serving their needs, and when you understand this history, it is logical that distrust and scepticism of vaccines exist.

It is important to note that people may be hesitant to take Covid-19 vaccines, but this should not be confused with the anti-vaxxers; people who are opposed to vaccinations in general, or for faith-based reasons.

Last year, two French doctors sparked criticism for suggesting that a Covid-19 vaccine should be tested in Africa. Although they apologised later, the damage had been done; mistrust had renewed historic health care and health research injustices. Just some examples of abuse are:

A research paper prepared by the ethnicity sub-group of the Scientific Advisory Group for Emergencies (SAGE) suggested that Black or Black British groups are most hesitant towards vaccines followed by Pakistani/Bangladeshi groups. The paper also suggested ethnic minority groups are hesitant towards the vaccine because of lower trust and confidence in the vaccine safety and efficacy, lower perception of risk, inconvenience and access barriers, lack of trusted sources of health information and sociodemographic variations in terms of gender, education and socioeconomic status.

The expedited and unprecedented nature of the Covid-19 vaccine discovery, while a relief for many, did raise alarm bells for some. These revolved around whether the vaccine was unnecessarily rushed, whether Big Pharma has cut corners, but ultimately questioning the safety of the vaccines altogether contributed to vaccine hesitancy among some groups of BAME communities.

Big Pharma’s research and development focuses on the most profitable of diseases, which means diseases that mostly affect people in the Global North because they elicit the highest financial yields, despite people from the Global South still awaiting a cure for Malaria.

Rapid development of the vaccines has created more fear of the vaccine than the Covid-19 itself, along with knowledge of disparities in treatment have contributed to vaccine hesitancy. Misinformation about vaccines should be addressed by anti-racist informed community public health strategies.

Although there is no evidence suggesting Covid-19 vaccines affect fertility, false claims about this are believed by many. Some claims even suggest that vaccines contain aborted foetus, microchips and they can alter DNA. The spread of misinformation through social media and digital apps and lack of clear culturally sensitive communication, alongside the historical mistrust has created a significant barrier towards the uptake of Covid-19 vaccine among BAME groups.

Action needs to be taken to reach out and to dispel vaccines myths. Big Pharma has an ethical responsibility to alleviate public concerns around the safety of the vaccine not least because of the backing a Covid-19 vaccine has received from public funds. They have the resources and knowhow too. Pfizer’s successful marketing of Viagra is an example of what is possible. In addition, more transparency around vaccine ingredients and safety data in relation to BAME communities and new technologies like mRNA would inspire confidence. Government and Big Pharma should acknowledge past mistakes and abuses and provide reparations for harm done. In the long-term, Covid-19 immunisation is likely to be a seasonal public health event, and for it to be effective it is critical to build trust for the protection of all.