Please don’t put me in a box…social construction of whiteness and identity discourse in the academy.

Please don’t put me in a box…social construction of whiteness and identity discourse in the academy. 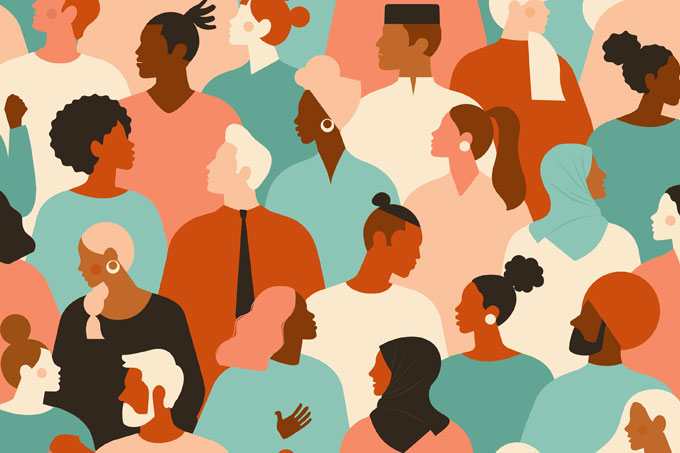 Edith Lewis challenges the use of racial classifications and argues for the recognition of individual identity and narratives.

The British empire was marred by its unspoken legacy of divide, conquer and rule with racial hierarchies based on inferiority and superiority beliefs. Whiteness representing superior; the norm and empire subjects inferior and the ‘other’. Racial segregation in most African countries was normalised with Black people at the bottom of the race pile and considered inferior and still is the case in some countries.

Mixed race people were labelled ‘coloured’ and considered less inferior than Blacks with Asians better than the two races and Whites were considered the superior race and at the top of the pyramid. The ‘inferior’ had no say in the labels assigned. Similar debates continue in 21st Britain on who assigns labels used in ethnic monitoring system.

The 2021 census is upon us this month and policy makers and those in government will have us view the census as informing policy, governance and a monitoring tool. In some quarters the census is perceived as an insidious instrument of racial and ethnic enumeration. The labels adopted in the census have a Eurocentric view of populations dating back to colonial era. The labels and acronyms remain contentious as they continue to be assigned by the white majority. The ‘other’ has no say in how they want to be identified or labelled nor do the labels reflect the complexities of putting diverse ethnicities in one box.

Unfortunately, the impact of this narrative and the implications is not featured in history books nor is this always discussed. I have been fascinated by how this labelling continues in British society with ignorance on what this means to those originating from former British colonies. The historical white/black binary paradigm of race in Britain should always be understood in the context of British empire including its structuration.

It continues to be the norm in British society to pigeonhole people through the census and ethnic monitoring forms without challenging the labels. This embedded system continues to perpetuate racial classifications which sets boundaries and establish the concept of dominant/marginal; insider/outsider and privilege/disadvantage, while denying individual identity. This should be challenged in the academy as we foster individual identity.

Whiteness continues to be the ‘non defined’ who defines others or perpetuate the concept of ‘othering’ leading to stereotypes and labels that fail to consider individual identity. While non-white Britons might face racism and shared racial discrimination and ‘othering’ they are not a homogenous group.

The concept of labelling students as African or Asian students is flawed. The assumption is made that all people living in the 54 African countries and 48 Asian countries are the same. While ethnic monitoring is crucial for ascertaining equality of opportunity and equal treatment for all. Caution should be granted to how BAME students and staff are pigeonholed in majority white spaces.

As we interact with students and staff its crucial to recognise individual narrative, identity discourse and the complexities intersectionality brings for non-white students/staff and the overlapping social identities which can either be empowering or oppressive. Crucially recognising how whiteness-privilege, power and dominance impact those marginalised in British society.

It’s crucial to challenge narrative on identity discourse and refute the concept that non-white ‘other’ represents all non-white groups. BAME staff and students have multiple and contradictory identities that should be considered and understood in the context they are constructed.

Edith Lewis is a Senior Lecturer in Social Work.