The language of mental health.

The language of mental health. 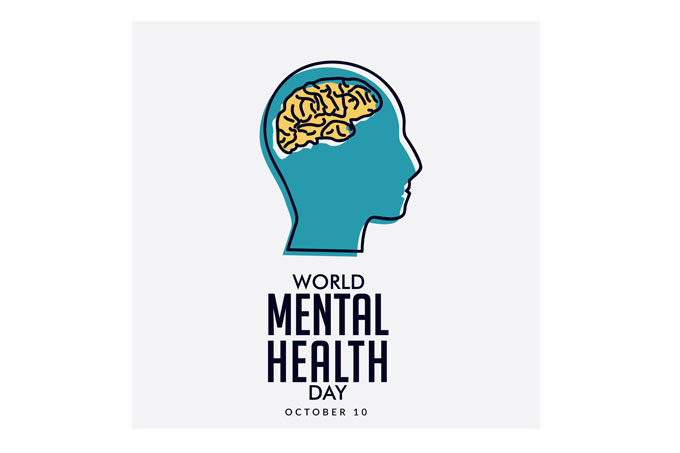 Professor Douglas MacInnes looks at how we can all help remove the stigma around mental health issues just by changing our language.

This Tuesday (10th October) is World Mental Health day. The aim of the day is “for all stakeholders working on mental health issues to talk about their work, and what more needs to be done to make mental health care a reality for people worldwide”.

The importance of good mental health and the impact of poor mental health can clearly be noted by the World Health Organisation statement that depression is now the leading cause of ill health and disability worldwide.

There is also the well quoted statistic that one in four people will have a mental illness at some stage during their lifetime.

It is clear many people from all parts of the University will experience mental distress at some point with this having the potential to impact on their ability to carry out day to day activities. It is recognised that talking about problems is of benefit. However, many people with mental health difficulties are often reluctant to discuss their own mental health problems with family members, friends, work colleagues or professionals. This is even though the importance of good mental health is beginning to be more widely acknowledged through high profile campaigns and celebrities discussing their own mental health problems.

One reason for this is that people perceive that opening up about mental health problems will mean that they are judged to be weak, or unable to carry out certain tasks, or even dangerous.  A contributor to this perception is the way in which colloquial terms used to describe people with mental health problems are used in everyday language. Terms such as “loony”, “madman” or “psycho” are often used and this casual language is almost always negative.

In a recent UK study, secondary school children were able to recount 250 words associated with mental illness. Of these 70% were negative, 30% neutral with no positive words recorded. If we look at derogatory terms used in the past to describe someone’s race, ethnicity, gender, sexual orientation or religion (among others), it is interesting to note that proclamations that would have been commonplace not so long ago are now considered offensive and discriminatory. However, it appears that no such offence is taken when the derogatory comment relates to mental health.

Only this weekend Boris Johnston wrote in the Sunday Telegraph about the Conservative party plot to replace Teresa May as leader by stating that “Tory MPs who want a leadership election now are nutters”. In the article he also described Labour party polices as “bonkers”.  It is perhaps indicative of how accepting we are of this language that not only were there no complaints about the language used but that the comments were subsequently repeated by many other news outlets.

It may be argued by some using this language is nothing more than banter. Yet, if it has the potential to make people with mental illness feel discriminated, ashamed and isolated then this everyday speech is relevant and important as it informs the attitudes and beliefs of the general public including those with mental health problems.

It is acknowledged that it would be impossible to try and impose a ban on these terms but it would be helpful if people thought about the words they were using and the effect of these words on people who may have experienced mental illness. A quick reflection on whether another word might be used could be a small step towards reducing the negative language associated with having mental health difficulties and moving on to open and honest discussions about our mental health.

Douglas MacInnes is Professor of Mental Health in the School of Nursing.