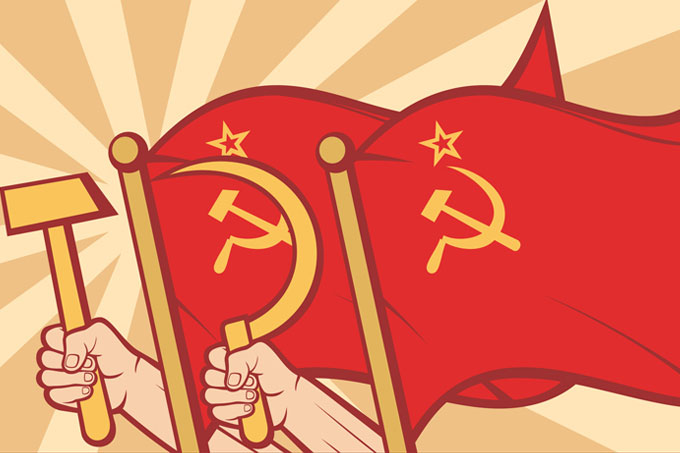 Dr David Bates looks ahead to the 100th anniversary of the Russian Revolution and explores the importance of time in the establishment of the Soviet Union.

According to the Gregorian Calendar – first adopted by France in 1582 and followed by Britain and its colonies in 1752 – the ‘October’ Revolution occurred on 7th November 1917.

Before the Bolsheviks seized power, Russia monitored the passage of time with the Julian Calendar, according to which the date of the first great Socialist Revolution is 25th October 1917. It was not until 24th January 1918 (Julian time) that Lenin signed a legislative decree to adopt the Gregorian calendar in Russia.

For the Bolsheviks, this change was more than merely symbolic. Russia would transform from a feudal backwater – the land that time forgot – to take its true place on the world stage.

However, the revolution of 1917 symbolised not only a new time, but a new epoch. This epoch would put an end to the violent repression not only of the absolutist state headed by Tsar Nicolas II, but also would represent a key victory in the battle to overthrow imperialism, which Lenin characterised as ‘the highest stage of capitalism’.

Of course, Russia in 1917 was embroiled in precisely the form of unpopular war which Lenin’s theory of imperialism had predicted. Thus, Lenin was able to take advantage of anti-war sentiments for his own strategic purposes.

After they came to power, the Bolsheviks began to implement processes of rapid industrial transformation. Along with the adoption of the Gregorian Calendar, began the restructuring of the working week. To start with, the traditional Sunday day of rest was replaced by a ‘day of rest’ (without theological justification) in every working week.

Lenin’s focus on automation and industrialisation was founded on a rigid view of factory discipline. Indeed, Lenin was considered by the great Polish-born Communist Rosa Luxemburg to be overly enthusiastic about the time efficiency models found in the ‘scientific management’ of F.W. Taylor.

Of course, the Soviet experiment went in a tragic direction. However, we cannot blame Lenin entirely for the Stalinist deviations. Lenin, as is well known, did not chose Stalin, as his ‘Last Will and Testament’ demonstrates, to be his successor. Stalin’s policies of industrialisation were horrific, and I would argue, far removed from the idea of communism.

By 1929, Stalin had considered it a good idea to introduce a ‘continuous production week’, the length of which varied from 5 to 30 days depending on the specific industries. The policy was ill-conceived and came at a cost. Ill-conceived in that little attention was given to the type of complex planning, for example allowing time to maintain plant and machinery necessary for continuous production to be a success. And costly for those workers subjected to thirty days of on time, or for plants failing to reach output targets in this period.

For Lenin, workers were a revolutionary force. For Stalin, they were little more than the means towards a specific dystopian end. The great historian of Soviet society Isaac Deutscher once remarked that Stalin ‘had found Russia working with wooden ploughs and is leaving her equipped with atomic piles’. Yet, this acceleration of revolutionary times throughout Stalin’s 30 years of leadership also came at an unbearable price.

Dr David Bates is Director of Politics and International Relations. He is co-convenor of the UK Political Studies Association Marxism Specialist Group.