The Canterbury Sound: music from the small city in the global history of popular culture.

The Canterbury Sound: music from the small city in the global history of popular culture. 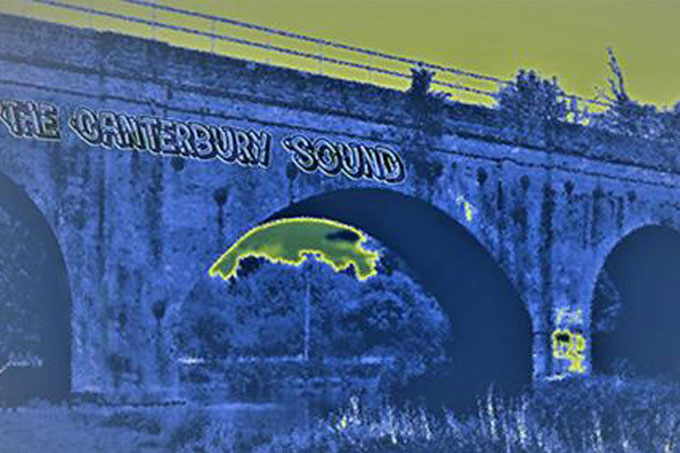 1967: Well-known as the year of Sgt Pepper by The Beatles and Jimi Hendrix’s Are you Experienced. At that time, experimental music legend Robert Wyatt tells me, post-war Canterbury had a provincial spirit, distant from its contemporary status of an attractive heritage site and a vibrant university city.

Yet, something very significant was taking place in Canterbury: the genesis and the first records of the ‘Canterbury Sound’. A style which started as a jam-session exercise between school friends to soon become a key influence and source of musicians in the formation of British progressive and psychedelic music which took over the world with acts like Pink Floyd and Yes.

This October artists and authors are putting together a day-event to celebrate and reflect on five decades of the Canterbury Sound, as a local and global phenomenon that unites generations of musicians and fans.

Under the title Canterbury Sound: Music, Place and Myth, the event emerges from a recent study and publication by myself and Canterbury Christ Church University’s Professor of Cultural Studies, Shane Blackman. It will articulate the heritage value of the Canterbury Sound and demonstrate how the style has created a powerful cultural image for the city which continuously inspires internationally successful contemporary artists such as Syd Arthur and Lapis Lazuli.

The Canterbury Sound is not only the alternative, quirky aspect to the heritage of the city; it is a borderless source of inspiration and artistic value. Around the world, 2017 and 2018 will be marked by cultural projects dedicated to evaluating the continued social and historic significance of the youth and musical events from the late 1960s, such as milestone albums, festivals, and social protests. This autumn’s coming together of Canterbury Sound artists and cultural experts, is a timely opportunity for projecting the significance of Canterbury and Kent music in the context of global popular culture.

The Canterbury Sound: Place, Music and Myth will gather key Canterbury Sound figures such as Geoffrey Richardson of Caravan, Parisian writer Aymeric Leroy – author of the book L’école de Canterbury, Brian Hopper from the earliest Canterbury Sound band Wilde Flowers and many other artists, archivists, and fans. It will also include live performances from artists from different generations who participate in the evolution of the signature style of the Canterbury sound.

It takes place on Saturday 28 October, 10.30-22.00, Augustine House and Hall. It is supported by Canterbury Christ Church University and Canterbury Festival. For more information and to book tickets for the whole day, or just the evening concert visit: www.canterbury.ac.uk/events.

Dr Asya Draganova is a Lecturer in Media and Communications at Birmingham City University.