The cost of living crisis. Is there any good news on rising prices?

The cost of living crisis. Is there any good news on rising prices? 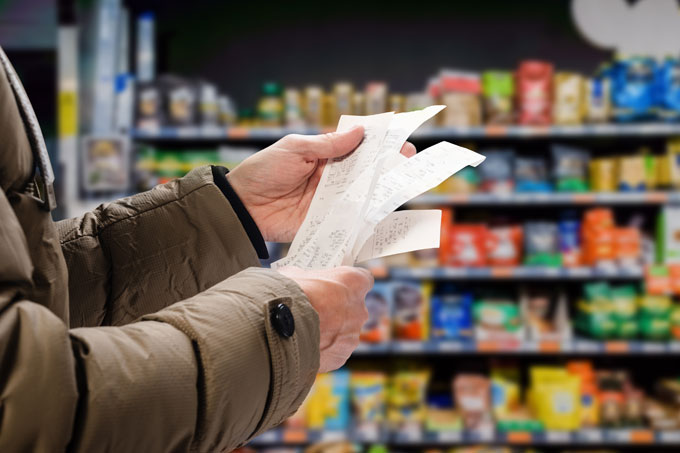 There is barely a day that passes when the news cycle doesn’t contain something about the continuing cost of living crisis. This has been in the headlines for months but made all the more pressing with the war in Ukraine impacting supplies of extensively used global commodities including wheat, sunflower oil and energy.

While many consumers don’t need to think about where products are sourced the ongoing conflict has again highlighted the complicated web of international logistics. Ukraine has changed these perceptions to the extent that the World Bank announced that they expect the conflict to cause the largest commodity price shock since the 1970s.

The early evidence for this is with a slew of price increases with the UK official inflation rate reported by the Bank of England currently at 7.0%. This is not only at its highest level since February 1992 but is expected to rise further, and much higher than the Bank’s target of 2.0%.

One of the key drivers is seen in the energy market with the spring price hikes, with more increases set to follow in the autumn. While domestic customers get some measure of protection from the excesses here, commercial users get no such shielding. This is likely to be of cold comfort for consumers though who will ultimately be paying later for these hikes too with increased prices as production costs are passed onto retailers and in turn the public.

Changes in consumption during the pandemic saw some dining out expenditure being moved into higher consumption at home, food producer Nestle saw a 7.6% increase in sales during this time. In the first quarter of 2022 alone though their prices have increased by 5%. The Ukraine conflict is not to blame for all of this. Major harvests around the world have also been poor in places, such as the latest coffee harvest in Brazil. Furthermore, the import dependent UK has seen additional inflationary pressures with the pound weakening against the US dollar, further pushing up prices.

In the meantime, animal feed suppliers are talking of their prices increasing by up to 60% for products sold to farmers. The agriculture industry is also dealing with a downturn in the supply of phosphates and urea from Russia as the price of the fertilizers made from them have in some cases quadrupled. Then there is also the surging cost of diesel for an industry that is totally dependent upon it.

Sainsbury’s have warned that the average food bill, and there are debates over what average means here, may increase by around £270 this year. This may prove to be a conservative figure with the World Bank predicting a 37% rise in food prices in 2022. Retail analysts have already noted changes in consumers’ behaviour. High street footfall has declined again this quarter, and consumers are buying less in the way of general merchandise (Sainsbury’s report a 12% decline here). Clothing retailers are set to be hit too with throw-away fashion giant Primark warning of increased prices later this year. Many consumers are switching to own brands and looking for cheaper, substitute goods, or simply not buying so much.

While for some queues at airports for ‘much needed’ holidays are the issue, queues at food banks are a more pressing issue for many others as household budgets are further strained. The supermarkets are all promising pricing restraint, but in the meantime profits at Sainsbury’s have more than doubled and at Tesco more than trebled in their latest reports.

Any good news with price increases only seem to apply if you own shares in a supermarket, or if you have spare stocks of phosphates to sell.

Post Script.  Since writing this Tesco has announced (May 2022) the findings from their own research. They found that the ‘average family’, which we can also debate, wastes around £800 worth of food per year. Any savings here would go a long way to not only off-setting increases in prices but also help reduce over production and reduce the carbon footprint too. In these challenging times potentially a win on many fronts.