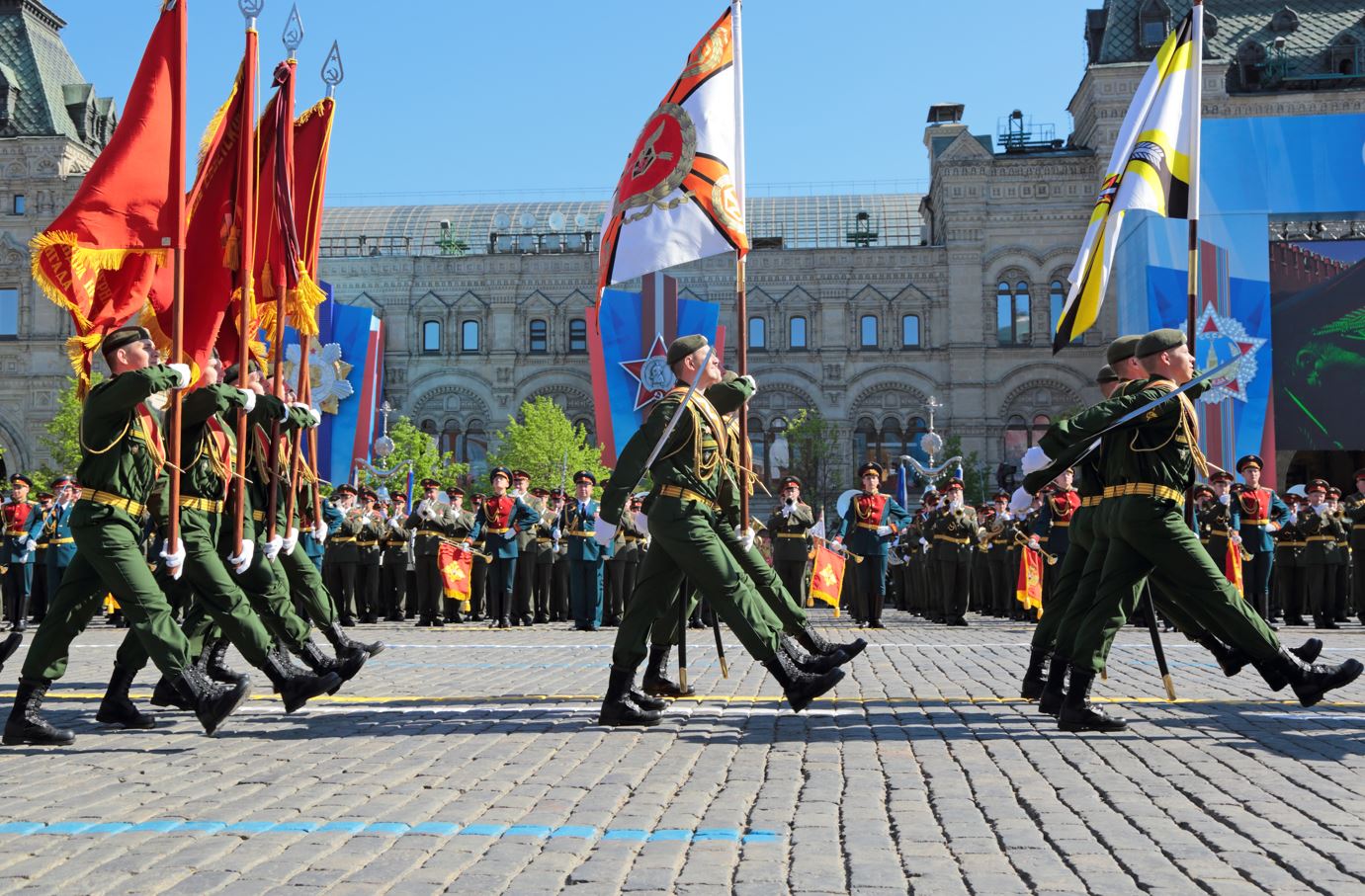 Dr Alex Kent discusses Russia’s military spectacle and what it means for the war in Ukraine.

Yesterday, Russia celebrated Victory Day – a national holiday that commemorates the surrender of Nazi Germany on 8th May 1945 (9th May in Moscow time). The highlight is a huge parade of troops and hardware through Moscow’s Red Square. Held occasionally during the Soviet era, since Putin came to power it has been transformed into an annual spectacle that showcases everything from the colourful military uniforms designed in 2008 by Valentin Yudashkin to the sobering rumble of trucks carrying intercontinental ballistic missiles. Before the parade got underway, Putin addressed the thousands assembled before him – and those tuning in – perhaps to give a rare glimpse of what he might do next.

Although anticipated by some in the West, Putin did not use his speech to issue a general mobilisation of Russian armed forces to secure victory in Ukraine. Indeed, Putin did not even mention Ukraine, neither did he use the words ‘special military operation’. Instead, his rhetoric drew parallels between the heroic actions of Soviet troops during the Great Patriotic War (World War II) and those of Russian service personnel who are currently fighting in the Donbass region of Ukraine. ‘Today, you are fighting for our people in Donbass, for the security of our motherland, Russia’ he asserted, ‘so that the lessons of World War II are not forgotten, so that there is no place in history for the terrors of Nazism’.

Putin praised the Immortal Regiment, which comprises families (including the children and grandchildren) of soldiers lost in the Great Patriotic War and more recently. ‘As their heirs it is our duty to preserve the memory of those who defeated Nazis and who bequeathed to us to be watchful and to make sure that the global war is not repeated again’ he asserted. Putin also warned that ‘Russia shall never give up our love for our motherland, our faith and our traditional values, the customs of our forebears, and respect for all nations and cultures’. He drew a contrast with the West, who he said had ‘cancelled these thousand-year-old values’, ‘cynically falsified’ the history of World War II, and had ‘encouraged Russophobia’.

However, Putin went beyond conflating the Nazism of the past with the present and denouncing Western powers by blaming them for actually prompting Russian intervention (in Ukraine) in the first place. He even went as far as claiming that the West were planning to invade Donbass and Crimea, and reiterated his view that Kyiv was seeking to acquire nuclear weapons. To pre-empt this ‘collision with NATO’, Russia acted in a timely and necessary way, he said, as a sovereign, independent and strong nation.

Putin is acutely aware of the power of Victory Day (and pobedobesie or ‘victory cult’ as some have called it) to mobilise the emotions of the Russian people. He has used the idea of Russia’s struggle against Nazism to justify war in Ukraine, since the huge military and civilian sacrifice made by the Soviet Union to help secure victory against Nazi Germany runs deep in Russian identity.

Yet there were aspects today that appeared to contrast with Putin’s bullish rhetoric. Instead of proclaiming any sort of victory in Ukraine, his focus on securing the Donbass region gave a clear signal of having to scale back ambitions to meet a reduced objective. Blaming the West for creating the pretext for Russian intervention seemed like an attempt to find a broader rationale to explain the lack of progress. For a Kremlin that hides the true scale of Russian losses from its people, the combination of hearing Putin’s comments with seeing fewer troops and less military equipment on show (and without the usual waves of helicopter gunships and fighter jets roaring above Red Square), this year’s Victory Day may have inadvertently suggested more truth to them than myth.

Dr Alex Kent is Reader in Cartography and Geographic Information Science. He lectures in geopolitics on the Geography programme within the School of Psychology and Life Sciences.