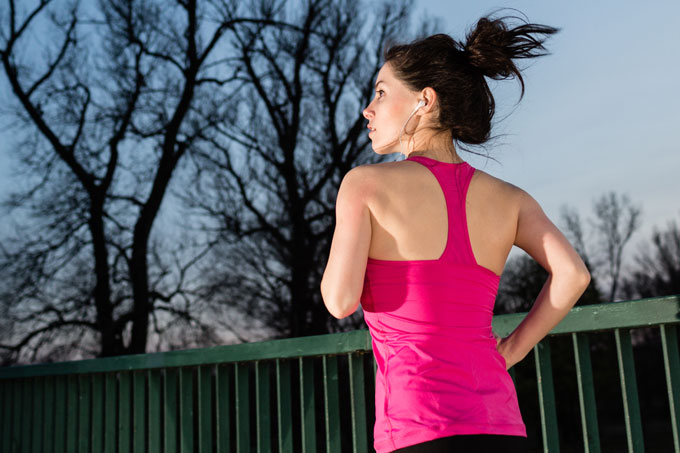 Following the tragic murder of Ashling Murphy as she jogged on a canal path in Ireland, Dr Laura Gubby discusses new research findings showing the perceptions of safety from female runners.

In addition to the revival of the ‘Me Too’ movement in 2017, the public uproar in 2021 surrounding the murder of Sarah Everard following her abduction from a street in South London raised awareness of the considerations that many women make daily in relation to their safety.

At the time, social media hashtags such as #SarahEverard and #ReclaimtheStreets were widely used by women who disclosed experiences of gender-based harassment and the strategic decisions they take to avoid such scenarios. Described as a ‘watershed moment’ by many, messages from organisations such as ‘The Everyday Sexism Project’, Women’s Aid, and others, gained momentum as they actively campaigned for awareness and the need for change in relation to inequality, sexism and gender-based violence.

Despite the continuous work by prominent organisations and raised awareness of women’s ongoing safety concerns, last week saw the tragic murder of 23-year-old Aisling Murphy who was running down a canal path in Ireland in broad daylight – another incident described as a ‘watershed moment’. Recent days have seen a number of vigils held, including those arranged and attended by running communities.

Preliminary research with female trail runners has shown that, when running, women are continuously aware of considerations and strategies to mitigate risks. They described frequent feelings of fear, vulnerability and ‘fight or flight’. These feelings were usually associated with seeing a lone male whilst out running. In response to which, they described diverting their routes, turning and running back on themselves, increasing speed and sprinting past, and looking over their shoulders to see if they were being followed after passing.

Additionally, runners ensured that they were aware of locations of roads and routes out of the trails, and took precautions like using technology that family members could use to track them, and changing routes and times that they run to avoid predictability. When uncomfortable on a run, they described turning their music down to improve their senses, or getting their phones out in readiness or as a deterrent to those around them. Finally, there was a perception that darkness increased risk, and no runners ran by themselves through trails in the dark, yet, all runners discussed recent, local, sexual assaults on female runners or walkers at times that they would usually associate as being relatively safe. Times described as “light” or “busier”, like 4pm, the time that Aisling Murphy was attacked whilst running.

Women are encouraged to monitor their movements and actions to improve their own safety. Often, they have internalised techniques in different settings and activities, such as running. Yet, violence against women persists. Awareness needs to continue to be raised about the lived experiences of women and girls in various scenarios, in a hope that real change can be made in relation to gender-based violence and the resulting impact that has on the lives of women and girls.

Dr Laura Gubby is a Senior Lecturer in the Sociology of Physical Education, Physical Activity and Sport in the School of Psychology and Life Sciences.