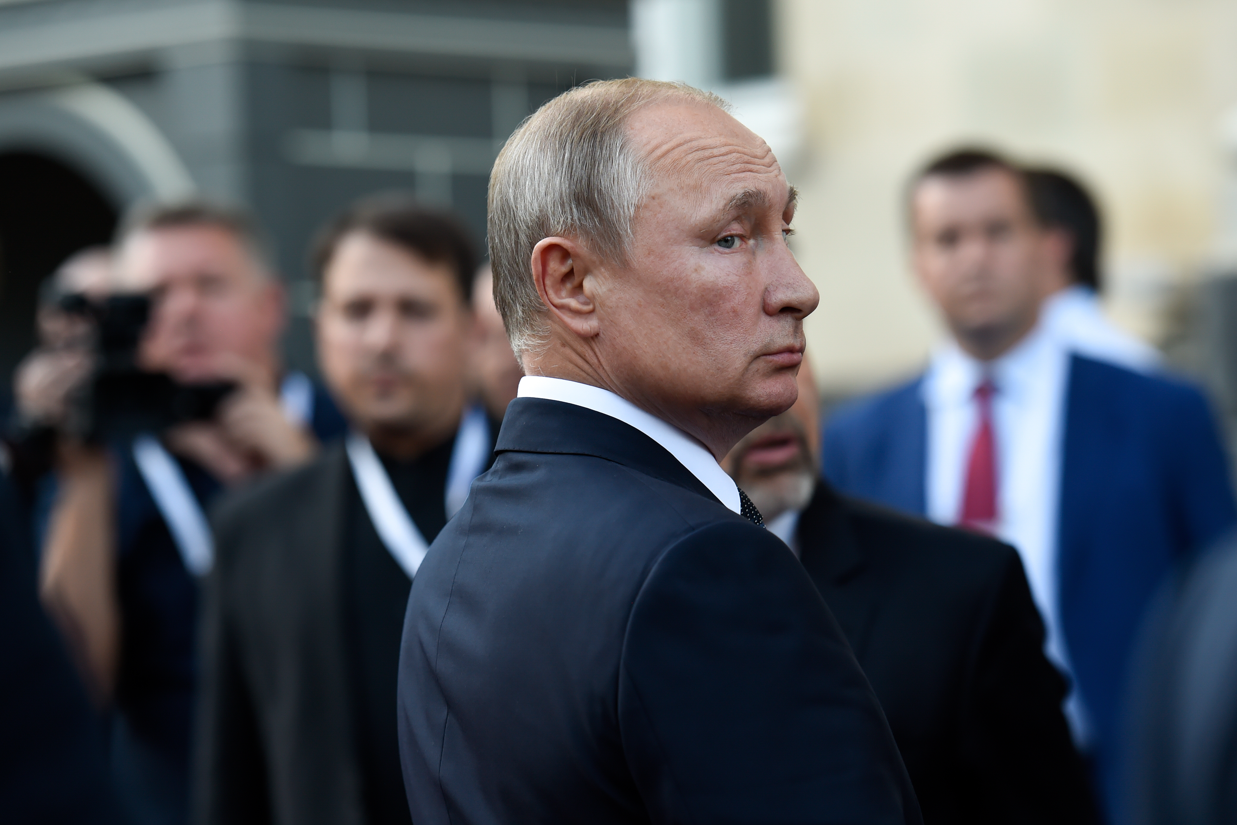 Putin’s decision to undertake a massive assault on Ukraine – despite pleas for a de-escalation of Russian military activity – has shocked the world. What we have just witnessed is the stuff of nightmares: the unprovoked invasion of a democratic state by a hostile nuclear power.

These latest actions of the Russian military follow the increasingly aggressive rhetoric of its Supreme Commander-in-Chief. After giving a revisionist history lesson that denounced Ukraine’s claim to statehood, Putin stated his objectives were to demilitarise and denazify Ukraine (however those may be defined) and issued a stark warning to the West: “Whoever tries to interfere with us, or threaten our country should know that Russia’s response will be immediate and lead to such consequences that have never been experienced in history”. His chilling threat is reminiscent of the words of Soviet First Secretary Khrushchev in 1956: “We will bury you!”.

Clearly, Putin has sufficient confidence in his vision and in Russia’s military capabilities that he is not afraid of the consequences of these terrifying actions. His building up of Russia’s armed forces on the borders with Ukraine, offering empty promises to Western leaders, and coordinating the attack on Ukrainian air defences with the mobilisation of Russian heavy armour and mechanised infantry before the spring thaw, all suggests a carefully orchestrated plan.

So, is the geostrategic value of securing Ukraine worth the risk? Ukraine protects Russia’s southwestern flank and includes the ice-free port of Sevastopol. As Tim Marshall, author of Prisoners of Geography notes, as long as a pro-Russian government held sway in the Ukrainian capital of Kiev, Russia could be confident that its buffer zone would remain intact and guard the European Plain. Hence, Putin moved quickly to annex Crimea, home to Russia’s Black Sea Fleet, after the pro-Western government gained power in 2014. Once it was clear that Putin would not get the security assurances he sought from NATO or Ukraine, his decision of what to do next had already been made.

But let’s be under no illusion – Putin’s ambitions go beyond a Kremlin-controlled Ukraine and crave a new era of great power competition. Since becoming President in 2000, his mission has been to advance Russia’s position on the world stage. In 2005, Putin called the dissolution of the Soviet Union the “greatest geopolitical catastrophe of the century” and in 2016, he ‘joked’ that Russia’s borders “don’t end anywhere”. As I noted in my review of Russia’s recent advances in geospatial technology for NATO Defense College, Russia has inherited the immense cartographic legacy of the Soviet Union, along with its global horizons. Russia’s trajectory of global posturing, including military action in Georgia (2008), its annexation of Crimea (2014), intervention in Syria (2015), and now its invasion of Ukraine, is underpinned by a revolution of its mapping technologies and funded – to some extent – by Western dependency on Russian oil and gas.

However, while Putin’s outlook is global, it is flawed. In seeking to restore a Russian sphere of influence 100 years after the Soviet Union was established, he forgets that its collapse was triggered from within. Its citizens wanted a different, non-Soviet future, as confirmed by the accession of former Soviet and Soviet-satellite states to the EU and NATO. Perhaps sending tanks into Ukraine was inspired by the Soviet response to the Prague Spring in 1968, delivering the same brutal, but an outdated, message. The world has since moved on, to a time when NATO could have so easily been dismissed as a pointless 70-year-old relic of the Cold War. Yet, Putin has managed to demonstrate precisely why the alliance is more important now than ever.

In his address to citizens at his presidential inauguration on 7th May 2000, Putin proclaimed “We believe in ourselves, in what we can truly transform and transform the country. We have common goals, we want our Russia to be free, prosperous, rich, strong, civilized country, a country that prides itself on its citizens and which is respected in the world”.

That bright, optimistic vision seems so very distant now, lost in the fog of a war ignited by Russian aggression. Putin may be a keen student of history, but if the twentieth century has taught us some valuable lessons, it is that respect is not earned by force and that people want to choose their own future. Perhaps it has become too easy to forget that in the course of European history, peace is a fleeting luxury that is worth defending.

Dr Alexander Kent lectures in geopolitics on the Geography programme within the School of Psychology and Life Sciences.