Policing and mixed messages in the media.

Policing and mixed messages in the media. 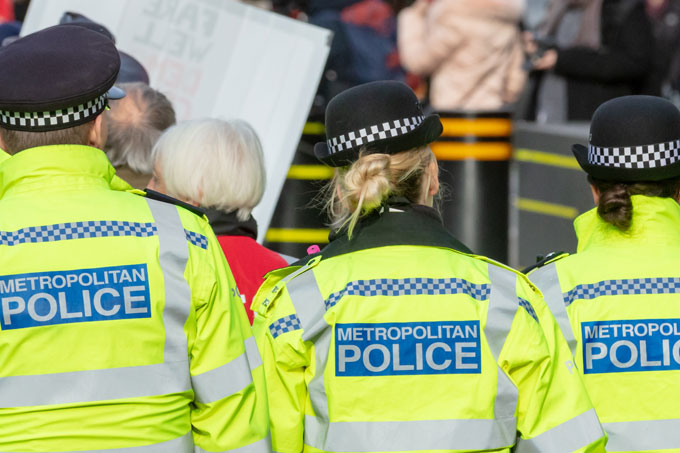 Dr Emma Williams takes a look at how policing is portrayed in the media.

A few years ago I remember watching the TV documentary about the Greater Manchester Police specialist rape unit. The honesty, complexity and visibility of really tough decisions within that team really impressed me, not least because many of the British public gain knowledge about policing and what it entails from such shows. It made refreshing viewing and highlighted to the audience that distinctions between victims and offenders are complicated, relationship issues and victims’ needs are not simple and the vulnerable characteristics involved are incredibly hard to deal with purely from a police perspective especially when cases are building up around you and prioritisation is essential.

Conversely, over recent weeks I have found myself slightly frustrated by watching The Met on BBC1. The Evening Standard referred to it as ‘grimly informative viewing’ and The Guardian claimed that future episodes will feature accounts from ‘people who see them (the police) as the enemy. For balance.’

There are aspects of the core narrative shown in the programme that have left me feeling confused and disappointed. Talk of ‘balance’ in the context of allowing the ‘enemy’ to discuss ‘their’ perceptions of the police bring very binary terminology like war on crime, them and us, the good and the bad to mind. It might just be me but it moves the ‘police’ back into a separatist function which is not aligned with communitarianism, partnership working, intervention and prevention.

I understand The Met is depicting a particular, and of course, important functionality of the police: gang crime, knife crime, moped thefts, burglary, robbery and violence but there is a paradox about this portrayal that denies and leaves invisible so much proactivity, problem solving and important work that the police in London and elsewhere do daily.

If you think about these media shows in the context of recognising that this is where the majority of the public get their information about the police and policing from, the messages are skewed. Portrayals of very stereotypical notions of good police work dominate the images and this is heightened at this point in time when violent crime is up in all of our cities and police numbers are significantly reduced (not that anyone would have guessed that outcome eight years ago). Austerity has created a perfect storm for these issues to be reinforced and prioritised in our media.

I am not suggesting that police don’t deal with the events listed above, of course they do. However, much else of what officers deal with in the frame of their working day is concerned with mental health, missing people, domestic abuse, sexual exploitation of children and a whole range of other issues focused on vulnerability that they cannot simply arrest their way out of. And nor should they.

Whilst these portrayals might facilitate a particular political drive to reinstate policing and punitive crime policies as priorities for the upcoming election campaign, it shifts the very sensible conversation about early intervention, prevention, support and social care away from the public eye and confirms a certain narrowness about what real policing is and should be.

As a member of the public with a huge interest in policing, its role in society and the welfare of its officers, I am lucky enough to see the reality. I speak to officers daily, I read research and I attend conferences which showcase some of the most amazing proactive work that officers are doing in London and elsewhere.

Many police officers, other health and social care agencies and academics are trying to change the mind set of enforcement to prevention and early intervention by recognising the wider role of others in the context of ‘social control’.

Connectedness surely has to be the way forward and recognising the key role the police have in these connections is not aided by terminology such as war, fighting (insert your issue here) and enemy.

Crime is influenced by some very complex and multi-faceted problems that the police cannot resolve alone and yet, despite all the great work going on in pockets of the UK and with international partners, the ongoing narrative being presented to the public through such documentaries remains unchanged. If we are genuinely motivated to shift the paradigm about how we deal with social problems and their causes, we need to stop focusing efforts and depleting budgets on schemes that simply do not work. We need to be far braver, innovative and connected to other agencies to make this shift a reality. This surely has to start with a recognition by all that policing is far more than a clear up facility. By showcasing some of the amazing work being done by many across the country to include those at risk of criminality and their families in the conversation about their future we might help to make this shift a reality.

You can read a full version of this blog, Paradoxes, value, mixed messages and reaffirming the fight against crime… by Dr Emma Williams, on the CCCU Policing and criminal Justice blog.