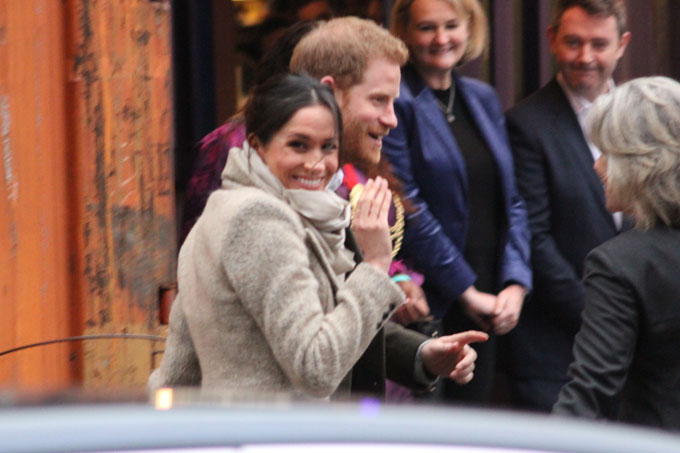 Social and broadcast media recently burst into digital flames with yet another scandalous story about racism and charges of ‘privilege’, all denied and decanted into convenient packages of ‘ritual disavowal’.

The case in question, was BBC’s Question Time (16th January 2020), where in response to an audience question around the Duke and Duchess of Sussex’s (Harry and Meghan) recent announcement of their departure and transition from active royal duties, including a home move to the US, another audience member made a very clear statement that Meghan’s treatment at the hands of the media was outright racism. The response to this by a panel member, actor Lawrence Fox, was “It’s not racist…We’re the most tolerant lovely country in Europe…” The audience member who made the statement  responded by stating that Fox was speaking from a very different position to one that was racialised as black, therefore could not legitimate such dismissal. Such a position as it intersected with his racial identity, class and gender, makes for a complex but ultimately weak position.

In other words, for someone not a member of a racial group that continues to be discriminated against at various levels of society, as Professor Miri Song reminds us, it is not possible to deny, dismiss and excuse charges of racism.

The audience member, Rachel Boyle happened to be an academic expert in the area, a woman, and a person of colour – someone who might have some legitimacy in the debate, one might argue, but she was silenced both by Fox, and by Fiona Bruce, chairing the panel. Indeed, Fox went on to appear on ITV’s Good Morning Britain to criticise what he felt was ‘diversity being forced onto him’, at the sight of a Sikh soldier in Sam Mendes’s new film 1917 (let’s remember that 1.4 million soldiers in WW1 were from the Indian Army, including 124,245 Sikh soldiers). Fox’s response to being quizzed was that he ‘wasn’t a historian’. Perhaps more ‘black’ history in schools might help – especially private schools perhaps.

What’s going on here? In simple terms, it sounds like playground banter of the ‘you said, she said’ type, and therefore of little consequence. However, the case is not peculiar, for it represents an analytical collage of concepts that yields a slightly more complex story of the power of deniability when placed in the arena of whiteness, racism, and the politics of ignorance.

The notion that a racialised subject can now in full, legitimated, public view be ‘argued’ down from their experience of racism is not new. Since the earliest days of Race Relations legislation in 1965 there has been a troubled relation between understanding it, accepting it exists, taking responsibility for it, and the interpersonal, social and psychological need to accept the reality of racism.

‘Denying’ racism requires a structural logic of racial power, which is fundamentally held within the seat of privilege. Racism requires power, because as Patrick Wolfe argued incisively, race is a trace of history – the history of brutal oppression. But what is this privilege people keep asking about and denying?  Therein lies the problem, and something W.E.B Dubois, the eminent US Sociologist wrote of in 1903, that the relative position of black people in the US was, no matter which way one looked at the problem, always structurally lower than whites in the US – a current structural racism problem of monster proportions in the US prison system for example.

One problem of course is that the idea of privilege has ‘baggage’ in the UK which contains imperial and colonial histories of power, supremacy and domination, all underwritten of course by racial capitalism. Unfortunately, the politics of structural white ignorance and denial work to disable an honest rummage around all the contents of this particular bag. Instead social agents – like the panel member in Question Time but by no means limited to this figure – look to their own experiences only, and in consequence further perpetuate the racial logic of modernity. Sociologist Charles Mills (2007) terms this ‘whiteness as an epistemology of ignorance’ –neither passive nor innocent – as demonstrated in the above exchange, and masks a psycho-social space where colonial history, gendered racial oppression and class subjugation collide.

Racial subjects, migrants, black and Asian minority people – groups who are racially ‘othered’ are always existing at the heart of these intersections with power – despite the denial of their existence. Neatly summed up by a relevant twitter meme then: “White privilege doesn’t mean your life hasn’t been hard; it means your skin colour is not one of the things making it harder”.  To deny anti-black racism exists, is to deny that the object of that racism exists.