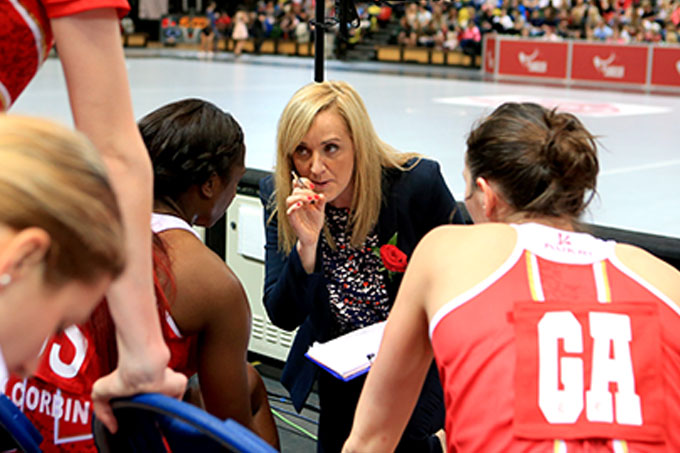 For Coaching Week 2019, Dr Kristy Howells, Dr Laura Gubby, Dr Katie Dray and Dr Hayley Mills celebrate the importance of great coaches and how they can inspire people to take-up sport and to keep active.

Coaching Week 2019 is a week of celebration of #GreatCoaching showcasing and exploring how coaches play a role in building healthier, happier communities. During coaching week, UK coaching is focusing on helping people to be active through coaching. They recognise that a coach can have multiple identities and titles: from coach, fitness instructor, exercise leader and teacher, all of who coach and can support children, young people and adults alike to be as active as possible and to multiple levels of sporting and health successes.

It is important to raise awareness of the amazing benefits of coaching within sport can have, from developing and teaching sport specific skills, techniques and knowledge of fundamental movement skills with early years children within educational settings, to health enhancing benefits and changes in lifestyles, through to elite and talented athletes who may go on to represent their country.

Coaches within sport and physical activity are needed now more than ever with UKactive reporting that children are the least active generation ever, with only 23% of boys and 20% of girls currently meeting the recommended moderate to vigorous physical activity levels for children (UKactive, 2019).

This level of inactivity continues into adulthood, 29% of adults in England are now classed as physically inactive, that is not being able to achieve 30 minutes of moderate intensity activity per week within a 28 day period, even though those 30 minutes can be achieve within three, ten minute blocks. This level of inactivity is being held responsible for one in six deaths in the UK, making it as dangerous as smoking (UKactive, 2014).

Coaches can be part of a capable network from a range of professions in support of physical activity behaviour across the UK. Together raising awareness, encouragement and provision for people to lead healthier active lifestyles. Coaches can tap into and support a range of initiatives such as Change4Life which is designed to help families and communities to be more active, through to linking programmes involving healthcare professionals such as in the ‘This Mum Moves’ project that launches this autumn, aimed at supporting women to remain active during and after pregnancy.

In the spirit of #GreatCoaching we wish to celebrate the great work of our female coaches as we embark on a summer with an impressive line-up of women’s sport. In particular, we wish to showcase Tracey Neville, head coach at England netball, who’s side won the 2018 Commonwealth Games gold in nail biting fashion in the final seconds of the match.

It was announced today (3rd June) that she will leave England netball after the World Cup, which is being hosted in Liverpool this summer to start a family, and we hope that as she wishes too, that she will have the opportunity once again to lead and coach and make athletes thrive again in the future.

June and July are set to be the busiest and most exciting for women’s sport in the UK in recent history, as the Women’s Cricket Ashes and T20s will be hosted throughout the UK and there are also a total of 52 matches within the Women’s Football World Cup being hosted in France.

Other events to look forward to, is the Women’s British Open Golf in August and the Athletics World Championships in September in Qatar, none of these athletes competing at these events would be possible without the coaches that stand behind and alongside them.

This year has the potential to be a turning point for women’s sport coverage, with attendance predicted to be at its highest ever. The athletes and coaches have the potential to influence, to inspire and to be role models for all, in particular for women to take up and retain participation in physical activities and sport.

Positive coaching experiences are key to ensure this is possible, as well as access and opportunities for women’s sport to be reported, together we can value and showcase these coaches and coaching experiences.  We thank all the great coaches out there.  #GreatCoaching

Dr Katie Dray and Dr Hayley Mills are Senior Lecturers in the School of Human and Life Sciences.

Keep up to date with all the latest research, courses and information from their Twitter feeds: @CCCU_SCS, @PhysEd_CCCU and @MScExerciseCCCU.