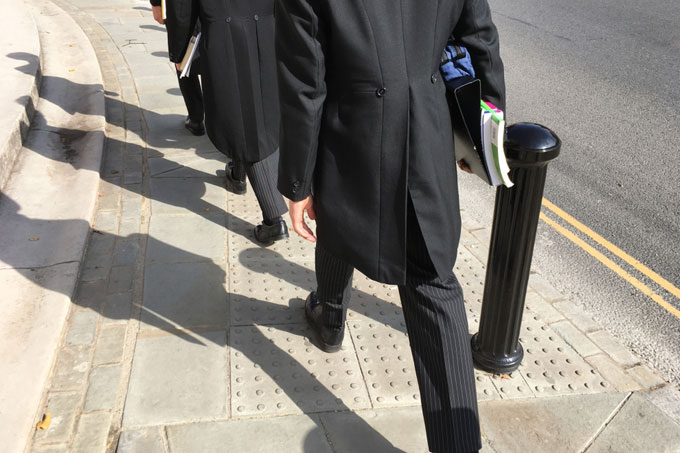 Following the publication of the latest Sutton Trust report on social mobility, Professor David Bates, looks at the implications an unequal society can have on democracy.

The Sutton Trust’s repot ‘Elitist Britain 2019’ shines a light on what seem shocking – but perhaps not surprising – figures. For example, 39 per cent of the current cabinet and 59 per cent of civil service permanent secretaries were privately educated. And if you think the legal system should be representative of society more widely, you will be concerned by the fact that 65 per cent of senior judges went to private schools.

It was once suggested that sport was a meritocratic arena where people from a diverse range of backgrounds could achieve. The Sutton Trust show that this is no longer the case. Privately educated people are overrepresented in the sporting field as they are elsewhere.

How should we approach these issues? It is sometimes argued that social scientists should take a neutral stance – they should let the figures speak for themselves. This claim rests on a division between fact and value which has its origins in a crude empiricism, an empiricism which to paraphrase the philosopher Leibniz, sees our world as the ‘best of all possible worlds’. Indeed, to quote the educational philosopher Paulo Freire: “Washing one’s hands of the conflict between the powerful and the powerless means to side with the powerful, not to be neutral.”

Class disadvantage ought to be a concern of both social science and ethics; moreover, it is a political concern which we need to get a grip on, before the problem spirals out of control. Yet those in control of the state would seem to have a vested interest in suppressing change.

The majority of the British population were not privately educated. How then can their leaders understand their daily concerns? People from working class backgrounds are more likely to find themselves on the wrong side of our less than impartial justice system. Once in court it will probably be a posh man in a wig doing the ‘judging’!

A better world is possible! These serious social problems can be addressed through a wider process of democratisation. Working people have sound empirical reasons for thinking that they cannot trust elites with vested interests to promote a more equal society. We need a ‘bottom up’ social movement to tackle ‘top down’ injustice.