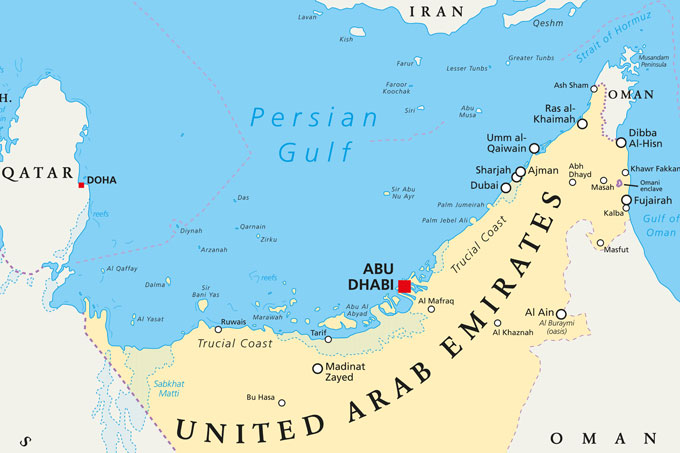 In light of the recent incidents is the Straits of Hormuz and Gibraltar, Professor Peter Vujakovic explores the geopolitical importance of the world’s seas and waterways.

The current crisis in the Strait of Hormuz involving the Iranian seizure of the tanker Stena Impero is a stark reminder of the importance of international seaways to the global economy and peace.

The location is critical. The Strait is probably the world’s most significant ‘geopolitical choke point’, with about a third of the world’s oil supply that is shipped by tanker moving through the narrow Strait each day (about a sixth of all oil transported daily).

The impact of the Strait being closed would be immense. In a globalised world system, seemingly dominated by electronic transfers of finance and information, and of rapid transport systems, it is easy to forget that the most economic means of transporting bulk goods is still by water. According to the UN’s International Maritime Organization, over 90% of world trade is carried by sea.

The Strait of Hormuz is just one of several vulnerable choke points, the closure of which would have major impacts. Others include the Malacca Strait, between the Malay peninsula and Indonesia, through which the bulk of China and Japan’s oil passes (only a little less per day than passes through Hormuz), the Suez and Panama Canals, and the Strait of Gibraltar. The latter, the location of the UK’s recent seizure of an Iranian tanker allegedly bound for Syria.

States constantly seek alternative means of safe-guarding their seaways. China’s creation of a blue-water navy, capable of sustained operation across open seas, and the development of its ‘Belt and Road’ initiative (involving overland roads to Europe, and a series of ports through the Indian Ocean), is clearly intended to ‘future proof’ its economy in terms of secure international transport routes.

One interesting move, although no solution to the Hormuz issue and secure oil supply, is the opening of northern sea routes in the Arctic. China, as well as other major trading states, is taking a growing interest in the so-called Northern Sea Route (NSR) that follows Russia’s Arctic coastline, and which can save significant time, and expenditure on fuel cost, but does require specialist ships and navigation expertise. The risk, however, is the Kremlin’s attitude to what it sees as its domain. Clearly a shipping route will bring economic benefits but may also offer Russia a powerful means of holding other states to ransom. Russia is currently building its military presence in the Arctic, but according to Chatham House – the Royal Institute of Foreign Affairs – this is “at least for now, defensive in nature.”

The political fall-out from any intervention to safe-guard access can be catastrophic. Clearly the UK government is taking its time to decide on any form of direct action related to the capture of the Stena Impero. Lessons from history can be of value. British and French military action in Suez in 1956, when the canal was nationalised by Egypt’s President Nasser, led to the international humiliation of the western states and the resignation of Britain’s PM. It is unclear how the current crisis will progress, but use of military force could have dire consequences in such a volatile region. We remain the prisoners of geography.

Peter Vujakovic is Professor of Geography and teaches and researches issues in geopolitics. He has recently published a research paper (International Journal of Cartography) on maps in news media coverage of the geopolitics of the South China Sea.