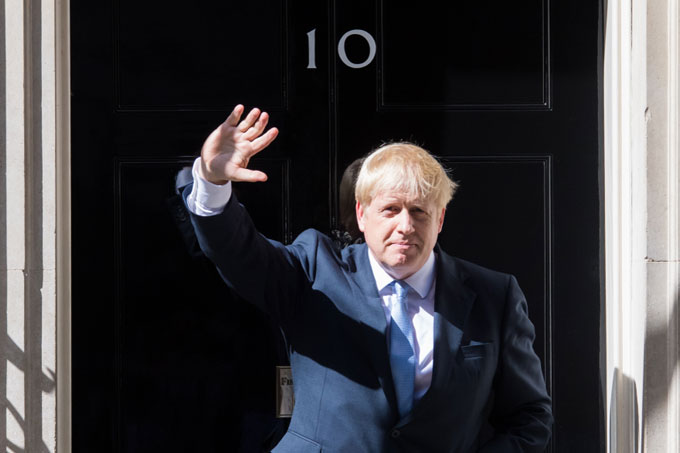 Professor David Bates looks at the character of new Prime Minister Boris Johnson through the prism of political theory.

So, ‘Bo Jo’ is Prime Minister (for now!). He won a clear mandate amongst the Conservative Party membership. This is hardly surprising. The Johnson brand has for a long time been popular with the Tory grass roots. But it is clear now that Johnson is preparing for an election – some suggest as early as October. The Tories know that the populist right-wing politics of Johnson will have a good chance of winning out against Corbyn’s Labour Party – currently concerned more with fighting amongst itself than acting as an effective opposition.

But how are we to read Boris Johnson – this rather curious figure, with the dishevelled hair and ill-fitting suit. A figure who claims he can sweep aside the ‘doubters’, the ‘naysayers’ and the ‘remoaners’, and lead the United Kingdom into its shiny new ‘confident’ Brexit future? According to his speech on the steps of Number 10 Downing Street, Boris’s Britain will be a high-tech, tolerant, open, animal loving and environmentally friendly utopia.

But should we believe him? Picking up on an analogy put forward some time ago in the work of the Lacanian philosopher Slavoj Zizek, I think we would be better to compare Johnson to the Joker in the film Batman rather than a clown. True clowns are, to many people, scary. Coulrophobia after all is a psychological condition which refers to a persistent and irrational fear of clowns, though given the power of British Prime Ministers, if he were a clown, fear of him might not be so irrational! But the Joker has wider plans for world domination! Did not Johnson himself have a childhood ambition to be ‘King of the world’?

In The Eighteenth Brumaire of Louis Bonaparte, Karl Marx wrote what was to become one of his most famous quotes, commenting on Napoleon Bonaparte’s nephew’s coup and subsequent role as Emperor of France:

‘Hegel remarks somewhere that all great world-historic facts and personages appear, so to speak, twice. He forgot to add: the first time as tragedy, the second time as farce’.

He comments on how the farcical dictator wraps himself in the ridiculous pomp and ceremony, formed through an imaginary ideal of the French state – devising for himself a uniform more ridiculous than any fancy dress. But such tomfoolery hides something – the subjection of the French people to violent authoritarian rule, on the arbitrary wishes of the Emperor. For as ‘they cannot represent themselves, they must be represented’.

It is often claimed by ‘Brexiteers’ that because the UK voted Brexit, it is essential for political trust that politicians ‘get the job done’. With this argument, it is suggested that the ‘elites’ are somehow conspiring to block the will of the people. But the people no more know what they want than do their leaders. And in contrast to those former left libertarians such as Claire Fox (now of Nigel Farage’s Brexit Party), I would suggest that post EU referendum Britain has not witnessed the continued exercise of a clear democratic will on the part of UK citizens (or rather, subjects). Rather, in requesting that politicians ‘get on with it’, many of those who voted for Brexit have seemingly delegated responsibility.

In Lacanian language, they feel the need to be dominated by a ‘big Other’. ‘I am bored now, they shout’, Boris may be somewhat ridiculous, but ‘he will sort out the mess for us’; ‘good old Boris’. But Johnson’s record shows that the only person he is interested in representing is himself. Indeed, many in the Brexit Cabinet – probably the most right-wing Cabinet in living memory – display similar traits to ‘get the job done’. I am sure Johnson will emerge from the wreckage without so much as a scratch – and more concerning, a regret.

Beware what you wish for!