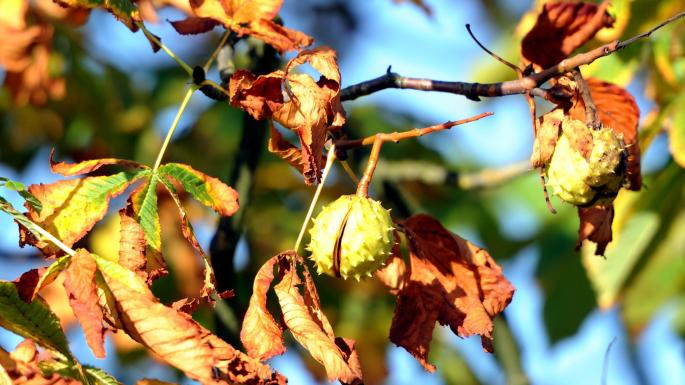 Professor Peter Vujakovic discusses The International Union for Conservation Nature’s most recent report on the status of trees in Europe.

The dinosaurs were reputedly driven to extinction by a massive asteroid impact 66 million years ago. Theirs was the most recent of five massive extinction events to affect life on earth. Are we now sleepwalking into the sixth? Scientists, including ecologists and geographers, have been warning society of this possibility for decades, and pointing the finger of blame at human exploitation of the environment, including issues such as deforestation, climate change, and urban sprawl. This month sees another major warning issued by an influential international organisation.

The IUCN (International Union for Conservation of Nature) has issued a report on the status of trees in Europe. The report is not happy reading  and says overall, “42% of European tree species have been assessed as threatened (i.e. assessed as Critically Endangered, Endangered or Vulnerable) and therefore having a high risk of extinction”.

A number of the UK’s iconic trees are threatened, some native, such as the ash (Fraxinus excelsior), and some naturalised, for example the horse chestnut (Aesculus hippocastanum); originally from the Balkans where it is deemed ‘critically endangered’ in parts of its natural range. The horse chestnut is particularly significant for Canterbury Christ Church University, as it is thought to have been re-introduced to Britain in the seventeenth century by John Tradescant the elder, during the period he was gardener to Lord Wotten who owned the land on which the university stands. In the UK the species is suffering badly from the impact of the leaf-miner moth, leaf-blotch, and bleeding canker.

The ash is particularly important as a woodland tree; the third most common tree in Britain according to the Woodland Trust. My own research on the North Downs of Kent, which has shown the species to be robust, most mature and veteran ash trees toppled by the Great Storm of 1987, continuing to grow vigorously in their prone condition decades later, but, sadly, the species is now suffering badly from Chalara die-back, the fungal disease which is devastating Europe’s ash woods. Younger trees are being overwhelmed by the disease and areas of woodland across the Kent Downs and beyond are now dominated by skeletal remains where these elegant trees had once provided the dappled shade so characteristic of ash woods.

The IUCN report seeks to “inform, inspire and catalyse conservation action to prevent the extinction of European tree diversity.” The onus is on universities to act on this in our teaching, but also in our actions regarding the management of our estates and our work with local communities, businesses and other organisations. Extinction is a one-way street. While seed banks may help reintroduction, trees are the base of many ecosystem and support numerous species of plants and animals that will not survive if our woodlands die.

The university is currently celebrating Tradescant 400, eight years of events celebrating the period in which John Tradescant the elder was gardener at the St Augustine Abbey site (1615-23), part of the Canterbury UNESCO World Heritage Site (see Christ Church Heritage A to Z; https://medium.com/the-christ-church-heritage-a-to-z ). Hops harvested this September on the university campus have been used to brew a Tradescant 400 ale.

Peter Vujakovic is Professor of Geography in the School of Human and Life Sciences. He has written extensively on trees and their importance to society and the environment. His work on engagement with trees as ‘long-life’learning’ has been published widely, including by professional arboricultural societies in UK, USA and Australia.