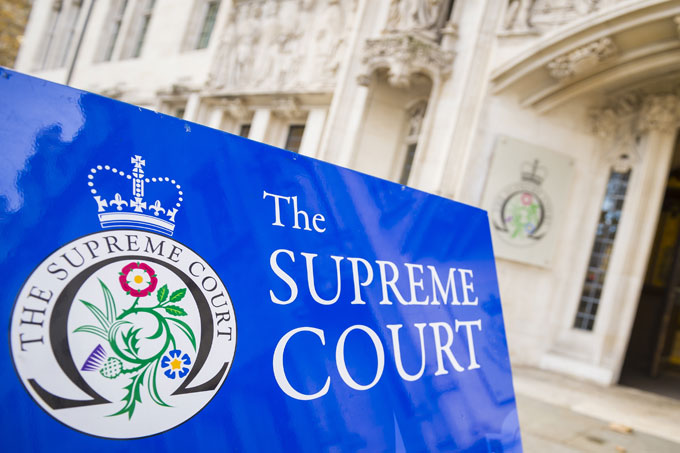 Dr Paul Anderson analyses the constitutional impact of the UK Supreme Court ruling on the prorogation of Parliament.

Unsurprisingly, the ruling has provoked different reactions from different political quarters. The Prime Minister himself, while stating that he respected the importance of the independence of the judiciary, posited that he ‘strongly disagrees’ with the ruling. Other MPs, many of whom backed Johnson as leader, concurred while the incumbent leader of the House of Commons, Jacob Rees Mogg went one step further, reportedly describing the decision as nothing short of a ‘constitutional coup’. On the opposition side, jubilation. The leaders of all main parties have called on Boris Johnson to resign, and on their return to the Commons today, will continue to call for him to consider his position.

The language reportedly used by Jacob Rees Mogg is unsurprising but alarming. The crushing defeat at the hands of the UKSC is an indisputable embarrassment for the government, but attacks on the independent judiciary set a dangerous precedent and threaten to undermine trust and confidence in the UK’s independent courts, a cornerstone of the rule of law.

On the contrary, Rees Mogg et al feel vindicated in bemoaning what they consider the over-extension of the UKSC into political matters.

Traditionally, courts in the UK have sought to stay out of politics, but under certain circumstances – as the debate on Brexit has proven (twice!) some form of intervention is necessary. In true Rees Mogg fashion, the Leader of the House has reached for the hyperbole. This, however, is not a constitutional or juridical coup and judges are not ‘Enemies of the People’. It is quite simply the bold reassertion of the old doctrine of ‘separation of powers’ and the fundamental principle of British democracy: parliamentary sovereignty.

The UKSC’s ruling is a clear devastating ruling for Boris Johnson and his government. The eleven justices of the Court ruled unanimously that prorogation was unlawful, designed – contrary to the line of argumentation peddled by the Prime Minister and his lawyers – to prevent parliament from doing its job. Not only this, but in unlawfully advising the Queen, the PM has embarrassed the monarchy bringing it and its role in government to centre stage of British politics.

The defeat at the UKSC is an evident blow to the government, not least because while government lawyers understood prorogation under these circumstances to be politically controversial, they were convinced it was legally watertight. This, as the UKSC’s ruling shows, was not the case.

Far from being a constitutional crisis, the UKSC has simply fulfilled its role as the defender of the Constitution. What we are observing is not so much a constitutional crisis but a government in tatters. In only a matter of months, Boris Johnson has lost six consecutive votes in Parliament, his parliamentary majority, his brother from government, his plans for a general election and has now been found to have acted unlawfully in the suspension of Parliament. In such a short space of time he has already filled the pages of yet to be written history books!

Established in 2009 to replace the Law Lords as the UK’s most senior judicial body, the UKSC has tended to stay clear of involvement in political controversy. Since 2017, however, the judges of the Court have found themselves centre stage in debate on EU withdrawal. In the latest judgement, Lady Hale insisted the ruling was a ‘one off’, but it will undoubtedly have wider implications that will reverberate down the timeline of British history.

Flexing its constitutional muscle and in defence of parliamentary democracy, the Court’s judgement reemphasised that the Prime Minister – whether he likes it or not – is accountable to Parliament. In addition, it acknowledged that, contrary to some opinion, the UK does possess a Constitution (note the capital C). As paragraph 39 of the judgment states, ‘although the United Kingdom does not possess a single document entitled “the Constitution”, it nevertheless possesses a Constitution, established over the course of our history by common law, statutes, conventions and practice’.

The court’s judgement was indisputably the biggest ruling for the UKSC in its ten year history, and the Court seems finally to have embraced its role as a constitutional court, empowered, when necessary, to be a check on government.

Despite the alarming rhetoric being bandied around in the aftermath of the UKSC’s ruling, the judgement was not about the merits of Brexit. The constitutional ramifications of EU withdrawal have been laid bare since the vote back in 2016, strongly spotlighted by the ongoing push by the Scottish Government for a second referendum and talk of a border poll on reunification in Northern Ireland.

Talk of the necessity of a written constitution has increased, the role of unelected advisers in Downing Street questioned, not to mention discussion on the place in government for a hereditary monarch in the twenty first century.

The Constitutional implications of the UKSC’s ruling, including the role of the judiciary in the UK and the relationship between the Monarch and Parliament, will be teased out and examined in the months and years to come. It may well be, as Professor Vernon Bogdanor – the renowned expert on British constitutional matters has posited, that Brexit will become a defining  ‘constitutional moment’ for the UK.

Dr Paul Anderson is a lecturer in Politics and International Relations.