Could there be more to learning a foreign language than rule-learning and word lists?

Could there be more to learning a foreign language than rule-learning and word lists? 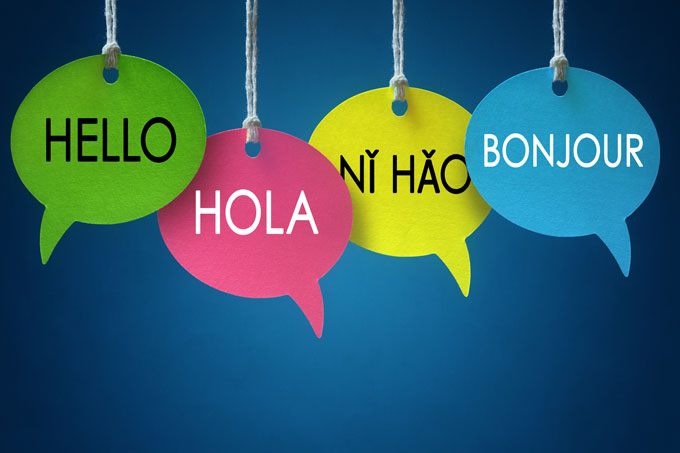 Considering the UK’s history of trade and immigration, and the diversity of its population, it seems remarkable how many of its people speak no language other than English, especially compared to the situation among many of our European neighbours.

Globally, bilingualism, or plurilingualism, may be the norm; not so in the UK. This ‘national language skills deficit’, as the All-Party Parliamentary Group on Modern Languages (APPG MFL) calls it, is evident in ‘trade, exports, international relations, diplomacy, security, international development’. It is important, then, for proposals currently under review for GCSEs in Modern Foreign Languages to go some way to putting this right.

There is a promising start in the subject aims, which speak of students having their cultural horizons broadened and engaging in communication which is authentic, meaningful and personally interesting, and the benefits for their motivation. Unfortunately, between these ambitions and the content itself, there is what the APPG politely calls a mismatch.

The proposals do not require that cultural content be included, and recommend its removal from assessment, in order not to cut into the time devoted to teaching and practising the language. ‘The language’ (the thing which students have to learn and be tested on) is reduced to vocabulary lists, grammar items and spelling and pronunciation patterns.

This is likely to have a negative effect on motivating and attracting students to the subject. Students want their eyes opened to cultural differences and practices, and are full of questions about language, which can only be answered with reference to history and culture – for example, how cognates arise from ancient migrations and linguistic divergence, the language of colonisers and the colonised, the status of standard and regional and non-standard varieties, debates over gender-inclusive language, or the role of the Académie Française. An MFL course should be designed to encourage discussion of such topics, rather than to focus all attention elsewhere.

Another demotivating proposal is that the vocabulary to be learnt be limited to a list of the most commonly used words in the language. There is sense to this, as for language users in general, the commonest words tend to be the most useful. But the typical purposes that the commonest words are put to are not necessarily purposes that are useful or of interest to a teenager, or to someone first getting to grips with the language. A learner will be more motivated when they are encouraged to find the language for their own needs, to talk about who they are as an individual, than if they are told to learn a list of words commonly used by other people in general.

A further proposal is that spoken and written texts that students encounter in the exam should be composed only of words on the vocabulary list that they have already seen and been told to learn. If any other words occur in the assessment, these are to be strictly limited and accompanied by a gloss to explain what they mean.

Again, there is sense to this, as it might seem unfair to test students’ understanding of words they are seeing or hearing for the first time. However, the approach indicates a very limited idea of what communicating in a foreign language involves. Outside the classroom, we cannot expect our conversationists to restrict themselves to a conveniently limited set of vocabulary. We need to cope with unfamiliar words and phrases, to handle uncertainty, to deduce enough to get by, and to pass over those parts of a text that we don’t need to fully understand. For example, waiting for a train and realising that it should have come several minutes ago, you hear a station announcement: all you need to listen out for and to understand is when your train is expected to arrive; you probably don’t need to worry about trains to other destinations, or about why your train was delayed.

Part of learning to be a competent user of a foreign language is learning when and how to use a range of listening and reading strategies. Along with communication strategies and intercultural awareness, these can be valuable beyond the specific language being studied, often being transferrable to foreign languages in general.

As the APPG says, ‘communicative skills, inference skills and cultural content should be at the heart of any MFL GCSE’. By leaving these out of the assessment, the proposals unfortunately see to it that they would be left out of what many students learn.

This takes us to the question of what the proposed form of the MFL GCSE would be for. If It doesn’t equip learners with the skills to manage foreign-language encounters beyond the exam, a couple of other possible purposes remain.

First, for a minority, it provides most of the items that are needed for the A level in the subject. Second, for the majority, it tells potential employers that the qualification holder can be relied on to memorise a list of items and apply a set of procedures as instructed. In most cases, the items and procedures in the GCSE matter less than what the score suggests about the employee’s aptitude for learning what is needed at work.

It is a painful truth that for many students, when the exam is over, it is not long before most of what they learnt for it has been forgotten, never to be used other than as an indicator of employability.

It could be different. An MFL GCSE could equip people with not only words and grammar and pronunciation rules but also the skills and strategies to engage with foreign languages in real life, and even to start applying what they learn to other languages, to connect with members of diverse linguistic communities in the UK, as well as with foreign-language speakers abroad. These may not be priorities for a government that demonises immigrants and takes pride in restricting its fellow citizens’ freedom of movement, but the APPG’s response to the proposals does show that there are people in parliament who might take a more enlightened view.

Sarn Rich is a Senior Lecturer in the Centre for Language and Linguistics.