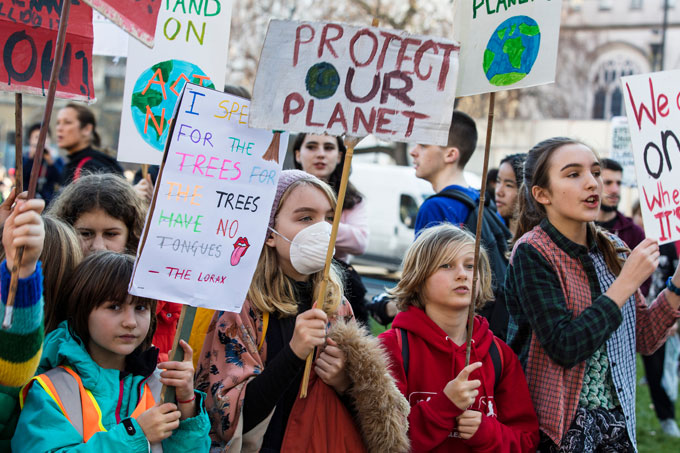 Dr Stephen Scoffham explores the role of education in teaching students about the climate emergency.

What impact is the recent COP 26 conference likely to have on education?

As well as raised public awareness and a growing recognition that climate change is a very serious problem indeed, there appears to be a significant shift in UK education policy. A recent statement by Nadhim Zahawi, Secretary of State for Education, declares that ‘education is key to fighting climate change’. The draft paper released by the Ministry in early November (which will lead to a final strategy in April 2022) includes a commitment to provide training and support. With respect to Higher Education, there is a focus on continuing ‘to further enhance best practice in teacher training and the teaching of sustainability within university courses.’

These proposals are broadly in line with proposals from a youth-led campaign called Teach the Future. As well as arguing that students need to be taught about the climate emergency and ecological crisis, this campaign focuses on what we can do mitigate problems and how future lives and jobs are going to look as a result of them. These demands have been encapsulated in a student-written draft Emergency Education Bill for England – the first of its kind.

These are promising developments but there are a number of factors which could easily be overlooked. One of them is that climate change is only one aspect of sustainability. In the realm of physical science, for example, experts recognise that if human beings are to continue to thrive on a finite planet, they need to respect a whole range of biophysical boundaries. Meanwhile, the United Nations Sustainable Development Goals, take an even broader view and present climate change as just one of seventeen goals, alongside social justice, gender equality and partnerships between organisations, all of which require urgent action.

There is also a danger that climate change education will be limited to just a few curriculum areas. The draft paper specifically identifies science, geography and citizenship as providing the key knowledge and skills base but all subject areas are actually involved. Interestingly, one of the features of the COP 26 conference was a focus on moral issues. The small island states argued vehemently for climate justice as increasing storms and rising sea levels devastate their countries. Understanding the worldwide implications and impacts of climate change requires an ethical, just as much as a scientific, perspective.

One of the key insights which has been gleaned from ecology is that all phenomena are inter-related in complex and often unpredictable networks. Ideas such as feedback loops, emergent properties and systems thinking have revolutionised our understanding of the world and are fundamental to any meaningful understanding and implementation of sustainability.

As climate change takes centre stage there is a danger of reductionism – a danger of pursuing a single story to the exclusion of the bigger picture and deeper levels of understanding. Ultimately, climate change is not a problem that can be fixed by technology alone, nor can it be understood just through science.

It is a problem that has been created by human behaviour and it is by critically examining human behaviour at all levels of education that it can be addressed. Schools and universities around the country are discussing how they can best incorporate sustainability perspectives into their teaching in order to equip students and young people for an uncertain future. Canterbury Christ Church is one of them, and we will be launching our own initiatives in the coming months.

Dr Stephen Scoffham is a Visiting Reader in Sustainability and Education and President of the Geographical Association (2018-19).