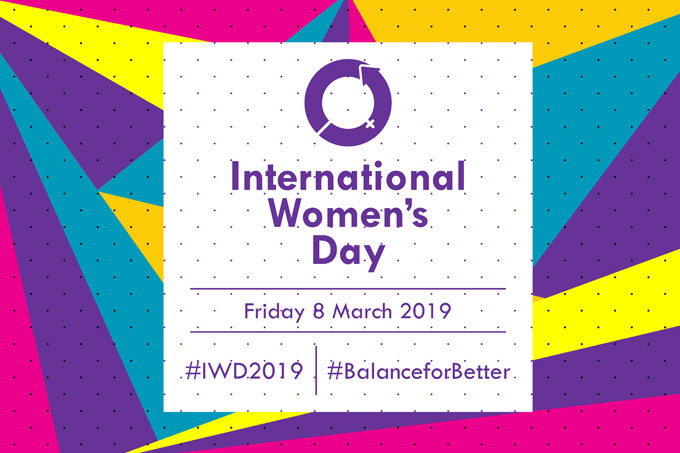 The campaign theme for International Women’s Day 2019 is #BalanceforBetter which calls for a gender-balanced world. Within the broader context of gender-balance, particular areas in society seem to currently display a more exaggerated gender imbalance. For example, shining a spotlight on sport brings to light existing gender imbalances and indicates multiple areas that could benefit from strategies to redress the balance.

An indication of the magnitude of the gap can be seen by participation statistics which show that 1,551,400 more men participate at least once a week in sport compared to women (aged 16+ in England, Sport England 2016).

The trend appears to be further reflected in the positions held by men and women in sport boardrooms. For example, only 30% of national governing body (NGB) board positions are held by females, which is a drop of 6% since 2014, and only 36% of senior leadership level positions in NGBs are held by women.

Additionally, the issue of pay underlines a range of discrepancies. In 2017, only one woman, Serena Williams, made the top 100 paid athletes. Although it was reported in 2017 that 83% of sports do have equal prize money, there are still some dramatic comparisons in wages, for example, a win in the 2015 football World Cup earnt the women winning team £1.5 million, whilst the men received £26.5 million for the equivalent event.

Some may argue that lack of pay is related to lack of viewing figures and the revenue that it brings, but it could also be argued that this difference is fuelled due to a lack of media attention. For example, media coverage of women’s sport in the UK was only 7% of all sports media coverage: 10% of televised sports, 2% of newspaper coverage, 5% of radio sports and 4% of online sports coverage is dedicated to women’s sport (Women in Sport 2014 report).

But how should we make a difference to move somewhere nearer to gender-balance and #BalanceforBetter?  Well perhaps Lori Lindsey (former US women’s national soccer team) put it the most succinctly: “Instead of writing about why women don’t receive coverage, [news networks] should just use that space to cover women’s sports”.

To move towards a better gender-balance in sport, we now need to inspire our girls and women by being role models and celebrating female successes as often as possible from participation sport all the way through to elite sport.

We need to show our next generation that sport has multiple routes and careers for those women and girls who wish to dedicate their lives to sport. We need to celebrate the vast array of female opportunities in the world of sport, from those related to physical activity, to physical education, to health and wellbeing. This will help recognise sport as a female career and readdress the gender-balance.

We need more attention on opportunities for women in sport officiating, sports reporting, leadership roles such as the UK Sports Minister, sports coaching, sports teaching, as well as a need to highlight the importance of careers in areas such as sport psychology and sport science.

We also need to recognise existing contributions such as the ‘Women in Sport Network’ and ‘Project 500’ which aims to have more women and better coaching within sport. These professions and networks deserve more recognition.

Here at CCCU we are ensuring that sport is no longer ‘just a boys’ club’ and instead, we are advocators for  achieving better balance by offering routes into sport professions and increasing coverage and sport research that our women need and also deserve within sport, physical activity and physical education.

Together we can bring a #BalanceforBetter in order to enhance the future of the whole sporting sector.

Dr Katie Dray and Dr Hayley Mills are Senior Lecturers in the School of Human and Life Sciences.

Keep up to date with all the latest research, courses and information from their Twitter feeds: @PhysEd_CCCU, @CCCU_SCS, @MScExerciseCCCU.