Is Brexit sexist? A feminist perspective.

Is Brexit sexist? A feminist perspective. 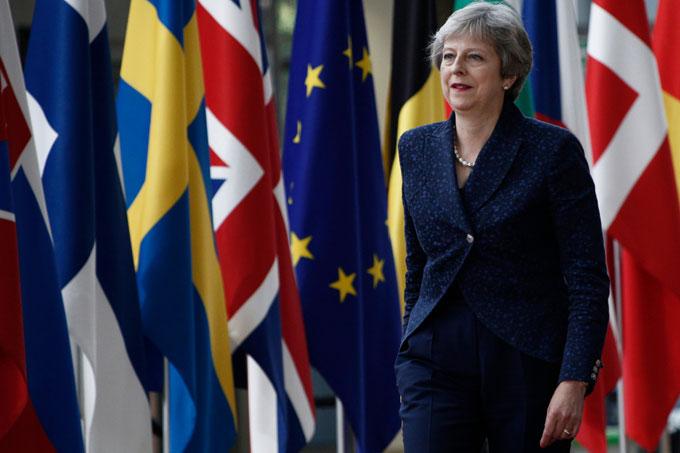 As we edge closer to ‘Brexit Day,’ Dr Laura Cashman writes about how a feminist analysis can help us look at the issues from an alternative point of view, where the personal is always political.

The typical starting point for feminist analysis is to ask where are the women and what are they doing?

Does it matter that a woman is leading the Brexit process? In my view, yes it does. Some have argued that the elevation of Theresa May to the leadership of the Conservative Party disproves claims of a glass ceiling in politics. However, there is something else going on here. The impossibility of delivering a version of Brexit that will please anyone, never mind everyone, reflects a different problem of feminist leadership – the glass cliff. Theresa May is not the first woman to feel obliged to clean up a mess created by others, or to be ‘awarded’ responsibility for a task deemed too toxic for a man to touch.

There are, of course, women and men in both the Leave and Remain camps but men tend to be in the spotlight. The media reflect wider social biases, which still prioritise men’s views and opinions and present men as the default experts.

Male Brexiteers talk about sovereignty and control. Male Remainers talk about economic crisis and security threats. All of this is the stuff of so-called “high” politics. Women on both sides have been talking about issues such as access to health and social care and rights for working families. They argue about whether the EU has been a positive or negative influence on women’s lives. The point here is that these problems tend to be categorised as “low politics” despite the fact that their consequences will be felt more acutely and by more of the population.

And then to the voters. We know women voted in greater numbers than men to remain and that even now, women fear a hard Brexit more than men. This may be because women recognise and value the rights and opportunities EU membership afforded them. (More women than men study European languages and participate in Erasmus exchanges). It might also be that women are turned off by the noisier (male) advocates of Brexit, who hark back to a time which men of a certain class and ethnicity may remember fondly, but few others do. Women also rely more heavily than men on public services which are at risk in the Brexit process.

Mary-Ann Stephenson of the Women’s Budget Group makes this point very clearly: “Women use these services, they work for them and when they are reduced, women devote their ‘spare’ time to fill the gaps.”

On a personal note, one reason why I have become so frustrated with the whole Brexit fiasco is because I feel that all the energy which has consumed the nation for two years now, could have been put to such better use. Politicians and citizens have become so fixated on this issue that other, arguably more important, questions are being neglected. We are not giving due attention to problems at home such as homelessness and air pollution or abroad (wars in Yemen and Syria, the refugee crisis in the Mediterranean). I fear that in years to come history will not judge us kindly for this self-indulgence.

Dr Laura Cashman is a Senior Lecturer in Politics and International Relations.