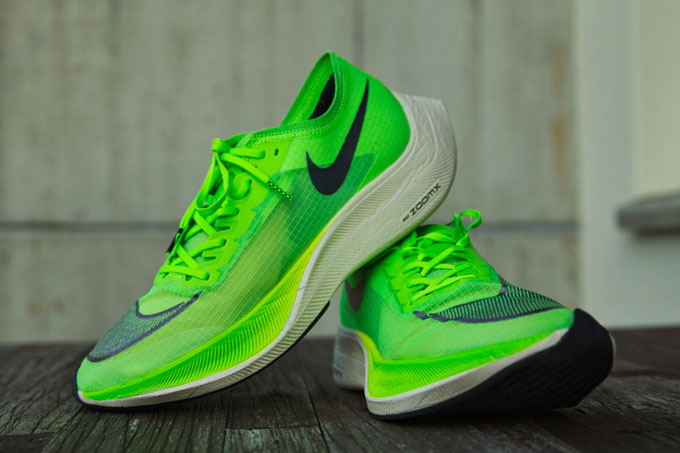 We are in a golden age of road running. In the past 6-months, 10 world records have been broken, including the men and women’s marathon. While breaking a world record is an incredible feat of human performance, the media attention of recent world record holders is not directed towards their physical and psychological ability, but of the shoes they wear.

The previous 10 world records in road running have been achieved while wearing Nike’s Vaporfly trainers. These trainers have caused controversy, with some stating that such trainers undermine the ethos of sport. Nike have engineered a trainer that includes a carbon fibre plate and energy-returning foam that is purported to decrease the energetic cost of running, which in turn, allows an athlete to run faster for longer. However, although this piece of engineering may be a significant factor into the effectiveness of the trainer, one factor that has gone unnoticed is the athlete’s belief that the trainer improves performance. This is often referred to as the placebo effect.

The placebo effect is a desirable outcome resulting from a person’s expected response to an ergogenic aid (e.g. sport supplements, ice baths and sports clothing). In our recent review of the placebo effect on sport performance, we found that an athlete’s belief can significantly improve performance by on average 5.1%. It is therefore likely that athletes’ wearing the Nike Vaporfly are benefitting not just from the engineering of the trainer, but from their belief that it improves performance.

A question exists as to how much the placebo effect influences the effectiveness of Nike’s Vaporfly trainers. To help answer this, a need exists for appropriately controlled research. Placebo controlled, double-blind, randomised controlled trials are regarded as the gold standard for ascertaining the effectiveness of ergogenic aids. Currently, no study exists that has used this design to evaluate the effectiveness of Nike’s Vaporfly trainers. While a lack of evidence is different to evidence of lack of effect, caution is needed when making claims that a trainer is the reason for the number of world records being broken when there is a paucity of placebo-controlled evidence. There is a threat that without such evidence, an exaggeration of the effectiveness of the trainer will over emphasise its benefit and result in athletes believing that in order to compete with their competitors, they need to purchase a pair.

Like the Emperor’s New Clothes, when the sport science community does not conduct appropriate research into the effectiveness of ergogenic aids, we run the risk of ignoring what exactly underpins the improvements in performance. Without placebo-controlled trials to determine effectiveness, there is a risk that the Emperor is wearing a pair of Nike Vaporfly trainers that are no better than the placebo effect.

Phil Hurst is a Senior Lecturer in Sport and Exercise Psychology within the School of Human and Life Sciences. Phil’s interests include the placebo effect on sport performance and its impact on the effectiveness of banned performance-enhancing substances. More discussion about Phil’s research can be found on Twitter: @phil_hurst1