And the band played on: 30 years after the Deal bombing.

And the band played on: 30 years after the Deal bombing. 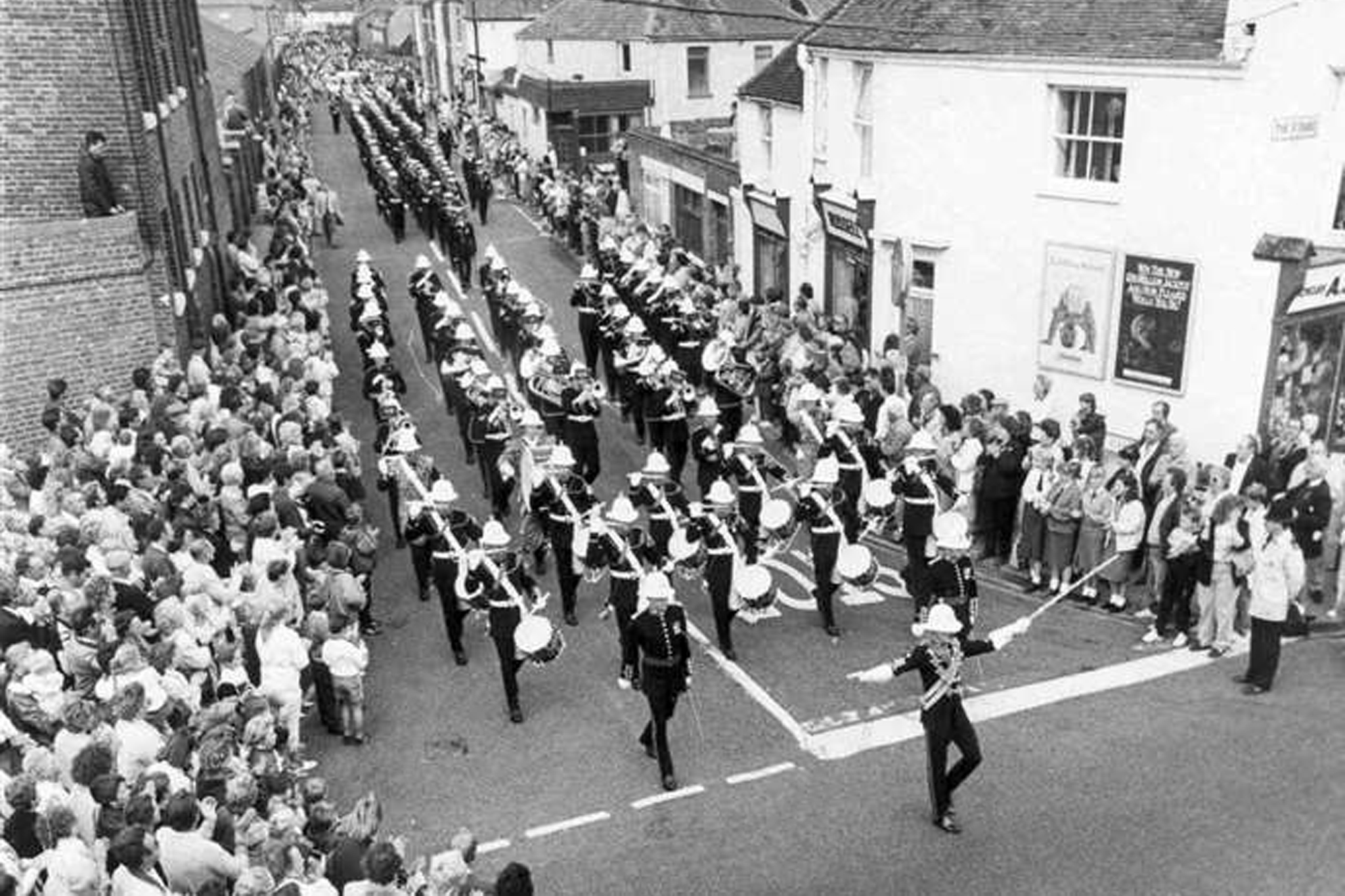 Dr Alexander Kent reflects on the terrorist bombing of the Royal Marines School of Music at Deal in 1989 and its impact on the identity of the town.

Shortly after 8:22am on Friday 22 September 1989, a radio newsflash announced that there had been a gas explosion at the Royal Marines School of Music at Deal. Hearing the news at breakfast, my father, who had retired from the Royal Marines as a Bandmaster five years earlier, looked at his watch and said, ‘That’s not a gas explosion’. He knew that at that time the bandsmen would be relaxing with their coffee after their morning parade. This was no accident; it was something that had been planned.

That planning had led to the detonation of a time bomb with 15 pounds of explosive that had been placed inside a sofa in the ‘Coffee Boat’ recreation room of the barracks. Its blast demolished the building and an adjacent accommodation block, killing 11 Royal Marines and injuring another 21. The Provisional IRA claimed responsibility hours later with the chilling message “Mrs Thatcher visited Ireland with a message of war when we want peace. Now we have visited the Royal Marines in Kent”. The Prime Minister and the Duke of Edinburgh soon visited the barracks to meet the survivors and to view the many hundred floral tributes. The Commandant General of the Royal Marines, Sir Martin Garrod, avowed “We will emerge stronger and more determined than ever before to end and destroy this foul and dark force of evil”.

Barely a week after the bombing, while emotions were still raw, the Royal Marines responded to the atrocity with a dignified and inimitable act of defiance. The bandsmen led a parade through the town with gaps in their ranks where their fallen comrades would have marched and played alongside them; their usual exemplary formation and performance ‘marred’ by the missing musicians and their music. It was a perfect, poignant response. The people of Deal, so used to hearing the band practising as part of the town’s soundscape, lined the streets in their thousands to show their support. They applauded as the band marched on, straight on, in defiance of this act of violence and terror.

The Royal Marine Depot was eventually decommissioned and the Royal Marines left Deal in 1996.  Their legacy endures, however. In addition to a memorial garden, a 12-sided memorial bandstand, which displays the names of the 11 musicians who died from the blast, was erected nearby on Walmer Green in 1992. Further reinforcement of the association between the corps and the town came with the dedication of the Royal Marines Heritage Trail in 2018. This celebrates much of the architectural legacy that remains of the Royal Marines’ presence, following the conversion of their former barracks into flats and apartments.

It is, however, the music of the Royal Marines that has proved to be more powerful in shaping the vibrant identity of the town. Many former bandsmen have settled in the area and have enriched the local community with their music. As a living memorial, the bandstand holds a series of concerts from May to September each year; the highlight being the annual return of the Royal Marines Band for a memorial concert and bandstand re-dedication ceremony, which drew over 12,000 spectators in July. We usually consider the identity of a place to be determined by its physical landmarks, yet sometimes this identity – and the most poignant associations – are shaped by the most immaterial forces.