Canterbury and the Cinque Ports – working together.

Canterbury and the Cinque Ports – working together. 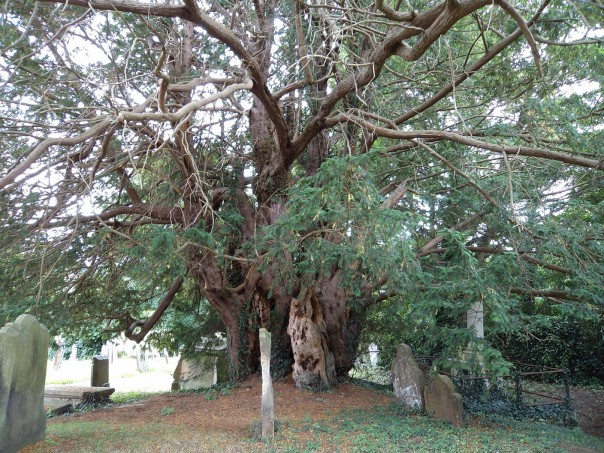 This week seems to have comprised numerous meetings, including a committee meeting of the Friends of Canterbury Archaeological Trust [FCAT], one of the Centre’s frequent partner organisations, and the chance to give a lecture to the Canterbury Historical and Archaeological Society on civic ceremonies in the Cinque Ports during the Middle Ages.

I’ll come to the latter in a minute, but first I’ll just mention some of the meetings because they highlight a range of projects that already and will hopefully involve the Centre and History at Canterbury Christ Church more generally. Although not scheduled, Dr Diane Heath and I met Dr Martin Watts briefly where he outlined the events that will take place on Friday 9 November as Christ Church’s commemoration of the anniversary of the ending of World War I. Martin described how Music will take a lead in this, and that events will involve staff and students, the latter using it as part of their coursework for their degree. Martin also showed us the book cover of his new publication that will be out shortly. There will be a book launch at the university’s bookshop in early February when Martin will give a short talk, explaining how he has constructed a history of the Royal Marines around the narrative of his family’s involvement in the regiment. 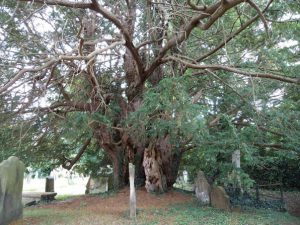 In preparation for a workshop that I’ll be leading at Canterbury Cathedral archives next week for History sixth formers at the King’s School, I spent much of Tuesday afternoon deciding on which books and manuscripts held there would offer insights into late Tudor society. The opportunity for students from schools to work on such sources in a workshop environment is extremely valuable – I only wish I had had such chances – and I’m hoping that my choice for next Tuesday will stimulate their interest and expand their knowledge of Elizabethan England. Among the items I have chosen are the Geneva Bible and Fox’s Actes and Monuments, but as well as these items that would have been familiar to Elizabethan people across the country, we will also explore local sources.

The great joy about the cathedral archives is that as well as a fabulous collection of church records covering first the estates and life of Canterbury Christ Church Priory and then the Dean & Chapter after the Dissolution, albeit the diocesan collection for Canterbury will soon only be at the Kent History and Library Centre at Maidstone, the archives also houses a fantastic collection of civic records. These are primarily from Canterbury itself, but Fordwich’s town archive is similarly housed there. I decided to keep to the city’s civic archive for the purposes of next Tuesday rather than expand out into the various parish collections or those known as ‘unofficial collections’ because the city is sufficiently interesting. In part this is because of the nature of Canterbury’s status from the time of Edward IV’s charter that gave Canterbury county status in its own right, thereby allowing it to hold quarter sessions rather than such court cases being held at the Kent Assizes. Consequently, the range of cases seen in the records is much greater and on Tuesday we will be able to investigate a whole range of infringements that shed light onto economic, social, religious and political issues of the time. 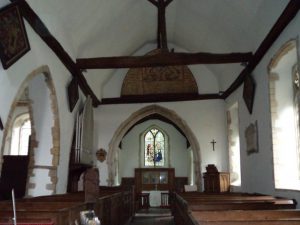 Looking to another area of Kent, Professor Louise Wilkinson and I met two prospective doctoral students who are interested in researching different aspects of Tonbridge’s later medieval history. I knew them already from previous courses they had attended elsewhere, as well as hearing about their work on the Tonbridge records as part of a research group based in the town. They have also attended numerous events put on by the Centre over the last few years and it will be a great opportunity to play a more active role in their research projects.

Keeping to the idea of research, but this time towards an exhibition not a higher degree, Louise, Diane and I, with Harriet Kersey who has very recently submitted her doctoral thesis at CCCU, met a group from Faversham Town Council to recap where Faversham had got to in terms of seeking outside funding and to discuss how the Centre can help provide an interim (perhaps more permanent) exhibition on the town’s medieval past. Having received a small internal grant from CCCU, the Centre’s team is keen to finalise the major themes to be covered and this formed the main topic of the discussion once we had had an update on Faversham’s funding bid and the state of the construction work at the building in the town centre.

The discussion focused on ensuring that what was proposed would not overlap with museums and other attractions already in the town, the idea being to complement these and to indicate where visitors to the exhibition might also go to explore Faversham’s history. Although not yet set in stone, it seems like in broad terms the topics the Centre’s exhibition will concentrate on are: an introduction to medieval Faversham; Faversham as a Cinque Port; Stephen & Matilda and the Abbey; a double spread on Town-Crown relations using the fantastic collection of town charters, including its ‘Magna Carta’; the parish church as battleground between St Augustine’s Abbey and Faversham; and another double spread exploring different aspects of Faversham’s Custumal, including the chronicle. 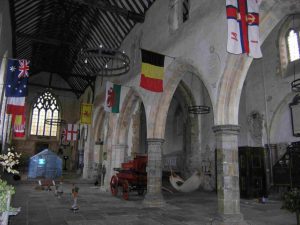 Having had a productive meeting, with the idea that the exhibition would be on show in May and June, and thereafter in a reduced form over the summer, Diane and I had a second meeting in the evening in Faversham. Being the closest secondary school, we had arranged to discuss this with a history teacher at the Queen Elizabeth Grammar School in the town. The meeting was equally productive, and we came away with some potentially good ideas about how the exhibition might be used to help all concerned, including the possibility of running a competition for Year 7s after a visit to the exhibition. We will be talking to other schools in the area too and I’ll report back as details emerge.

Finally, to return to the talk on civic ceremonies at the Cinque Ports, I took as one of my starting points the idea that ‘worship’ meant from a medieval perspective, in particular, not only religious observance but also civic honour. This is important because I wanted to explore how the Cinque Ports in the Middle Ages saw themselves individually and collectively, as seen through such ceremonies, but also the centrality of the parish church in these same ceremonies. By so doing, I believe, we can gain ideas about power and authority, and the construction of civic ideology in these urban communities. This talk drew on several articles I have published over about the last decade because this aspect of the Cinque Ports has always fascinated me, and I was also lucky enough to do my doctorate at the University of Kent at about the time Dr Justin Croft was completing his there on the custumals of the Cinque Ports. I have mentioned his work in the blog before, and his thesis is still a major contribution to the study of civic writings in medieval England. 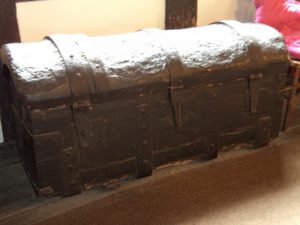 The three areas I examined on Wednesday evening were the election of town officers, especially mayor-making; civic pilgrimages, and a short section on the Cinque Port courts, those of the individual Ports but also the Brodhull, held at New Romney, and the Lord Warden’s court held at St James’ church, Dover. Now I have explored some of these in various blogs over the last few years, but I don’t think I have said much about mayor-making, and not at Sandwich. Yet it is exceedingly interesting, and I’ll just comment on a couple of things here.

Firstly, Sandwich held its civic elections on two days each year, the first on the Monday after the feast of St Andrew the Apostle [30 November] was for the election of the senior town officers, especially the mayor and jurats (the ‘sworn men’) and this took place in possibly the town’s most ancient parish church, St Clement’s – known from at least the early 11th century. Then on the following Thursday the new mayor instructed the town sergeant to summon the jurats and commonalty (freemen, indwellers and householders) to join him at St Peter’s church where the remaining town officers were chosen. It is also worth noting that both churches were similarly used for the holding of courts – the bailiff’s or hundred court at St Clement’s, the town’s own court at St Peter’s. 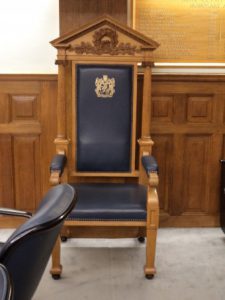 I’m not going into any more detail about the election practices here except to say that the commonalty, jurats and outgoing mayor were summoned to St Clement’s by the blowing of the common horn by the sergeant at the ‘fourteen usual places’, as it says in the town’s custumal. I think this is noteworthy because it cast an aural boundary around the town that was as important as the visual markers that showed what was in the town’s liberty and what was beyond.

As far as I could tell from the number and variety of questions afterwards, and even after the meeting closed, people found the topic fascinating, and since then I have been involved in an email correspondence about Dover’s great candle, its place at St Thomas’ shrine in Canterbury Cathedral and just what such rope candles might have looked like. And next week I think Canterbury’s history may again feature but who knows!