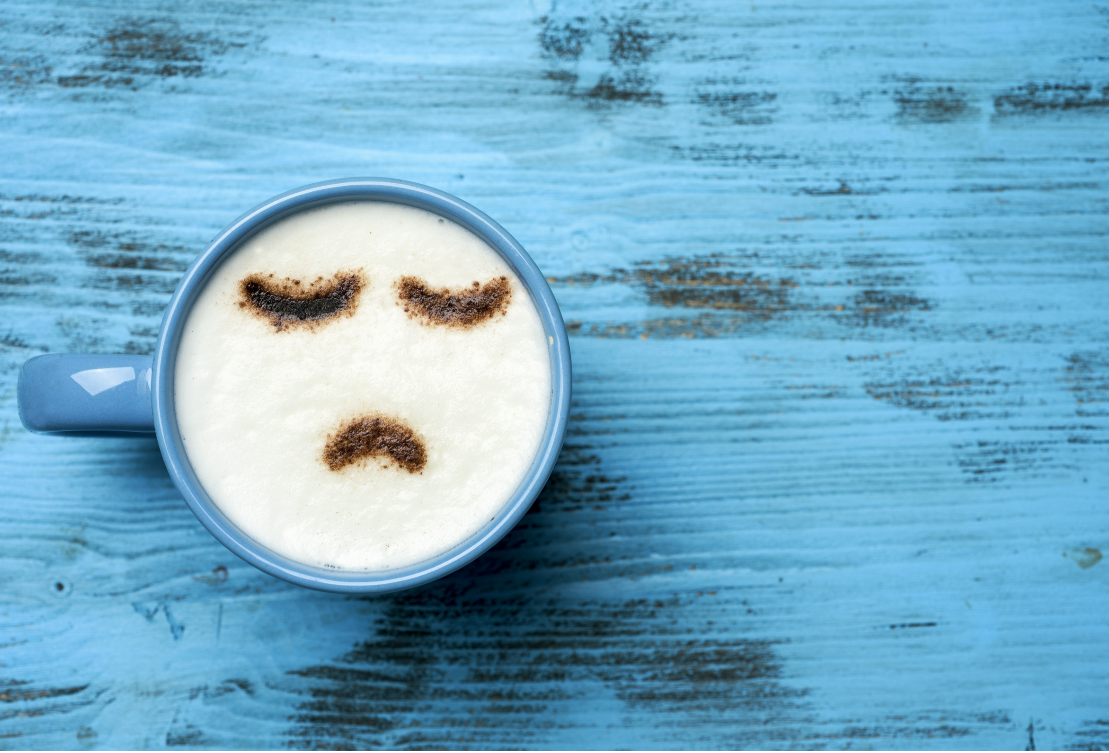 Blue Monday cheer-up tips are glib argues Dr John McGowan, so what do you say when you’re asked for some?

“But I’m quite sure that you’ll tell me, just how I should feel today”. When you’re asked to write something about Blue Monday, it’s New Order that come to mind. Rather than the day that is apparently the saddest of the year. Even when the request is to supply a few coping tips, the Hacienda’s finest still are to the fore. Isn’t assuming have an answer for someone I don’t know dangerously close to telling them how they should feel? To be honest I’m not sure about the whole idea of coping tips. Niles dismissed Frasier’s radio show as McSessions and I think he had a point.

Actually, I think that the idea of Blue Monday illustrates the limits of general advice fairly well. It was publicised in the noughties for a company called Sky Travel. Putting parameters such as weather, debt level and time elapsed since Christmas in to an “equation” (the quotation marks are intended as pejorative) it turns out that were apparently A) at our most down on the third Monday of a British January and B) that the answer is obviously a trip to somewhere sunny. Steal the name from one of the biggest hits of the decade and you had a concept with surprising durability.

I’ll say right out that I want to believe in it. I want to believe that the levers of my mood are dictated by the climate and the season. However, while there is some evidence that, for some of us at least, bad weather might influence our mood a little, the concept of Blue Monday has been firmly consigned to the category “pseudoscientific hokum”.

You can get into the details elsewhere, but much of the difficulty comes from the sheer multiplicity of other factors that can pull us down. Relationships, loss, poverty, unemployment… The persistence of Blue Monday perhaps comes from how tempting it is to wrap sadness up into a parcel marked “British Winter” great but there really is a great deal more to it.

Even if the solution to one’s woes were as simple as suggesting better weather, writing a column urging sun-seeking might come across as a little trite. This compounds the initial problem of handing down a universal (Mc)Nuggets of advice. Also I personally would be less happy after my teenage kids had given me a lecture about the consequences of air travel.

The desire to be able to give general advice and clear solutions though perhaps speaks to a difficulty in finding the right thing to say when our fellow human beings are struggling. It’s something even people who dedicate their lives to helping others. I have the privilege of working with an incredibly impressive bunch of young people who want to be Clinical Psychologists. They are thoughtful, knowledgeable about human suffering and, above all, have a powerful desire to help those who are suffering. I don’t use the word privilege lightly. So concerned are many of them in fact, that worry hugely about not being able to say the right thing. But what if we simply don’t try and say something clever at all?

When faced our trainees desire to get it right, I often find myself keen to talk about why listening may be a perfectly fine response too. Not just listening but actually just being with someone who is struggling. Also I often end up moving away from the latest therapies to something slightly more old school.

This may sound to you like a different version of pseudoscientific hokum. Stop and think about it for a minute though. The friends you have may not always have a magic bit of advice when you’re struggling. Some though will not only listen but also simply just be able to acknowledge how tough things are for you right now. That simple. But I’ll bet when it happens you often feel even just a little more strength to get through. We all sometimes want to say something insightful and psychologists and psychotherapists are no different. And psychotherapies offer many useful ways of understanding ourselves and how we feel. When we’re ready to. Sometimes though just being heard, really heard, and acknowledged is all we can take. And believe me even that isn’t always easy.

So Maybe I do have Blue Monday tip after all. Let yourself off the hook stop trying to sort things out. This is not something I’m always great at but I never stop appreciating those who can do it for me. I’ll just try and keep my mouth shut and listen if someone needs me to. Maybe, if I can do that a little, then this Monday, and every other day, can be a little less blue.

The University offers a range of support services for our students and staff. Find out more here.

Dr John McGowarn is the Academic Director of the Clinical Psychology Training Scheme in the School of Psychology, Politics and Sociology.