The European Union: an imperfect democracy.

The European Union: an imperfect democracy. 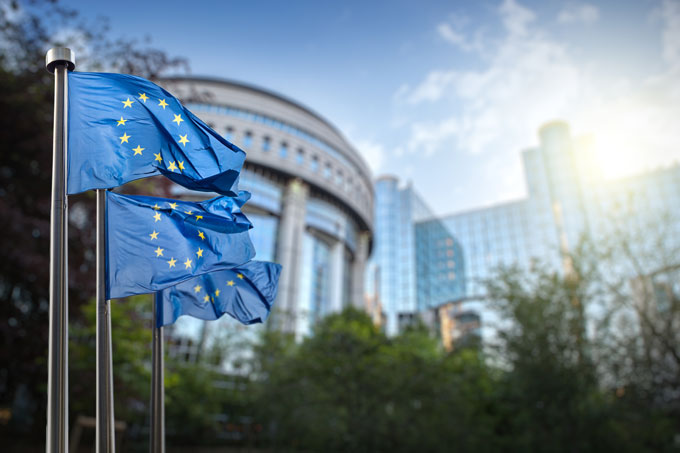 Dr André Barrinha, Senior Lecturer in Politics and International Relations, discusses how democratic the EU is as an institution.

From all the debates surrounding the Brexit campaign, the ‘democratic deficit’ question seems to me to be among the most relevant (although certainly not the most discussed). It is undeniably true that much of the EU’s activity is conducted by unelected officials who are not directly accountable to any electorate. Also, it is fair to say that whereas the common citizen knows how to participate in the political life of his or her region or country, the same does not necessarily apply to the EU. Many have never voted in the European elections and most would not be able to tell the name of a single MEP.

That does not mean, however, that the EU is not a democratic institution. The EU is today a much more democratic organisation than it was when the United Kingdom (UK), together with Ireland and Denmark, joined in 1973. The European Parliament (EP) is much more important today than it was at the time. Only in 1975 did it start having power over the then European Community’s budget and 1979 was the first time MEPs were directly elected by European citizens. Since then its importance has only increased, moving from a largely consulting body, to a fundamental actor in the EU’s decision making process.

The Lisbon Treaty, signed in 2007, has in that regard further enhanced its role, granting the EP legislative powers in over 40 new fields. The EP elects the President of the Commission and has the right to approve the new college of Commissioners. This is certainly more accountable and democratic than what we even have at the national level: ministers do not need direct Parliamentary approval and they are not previously ‘grilled’ by any Parliamentary committee.

Although the EU is not a democratic paradise, and it can certainly improve, it is now much more democratic and accountable than it was in 1973. If European citizens feel alienated from its decisions I think they should not be looking so much to Brussels but to the national political parties and media, whose treatment of European affairs is appalling to say the least. British political parties tend to disregard European elections, often turning them into a low-level debate on domestic politics populated by candidates generally unknown to the public. They very rarely engage in European issues, and they do a very poor job at explaining the importance of the EP.

The same applies to the major media outlets in this country. Their treatment of European issues is often poorly informed, derogatory and highly selective. Some of the issues that deserve attention are politically irrelevant: from the size of bananas to whether prisoners should be allowed to vote (an issue that is not even directly related to the EU, but to the European Court of Human Rights). Television news very rarely mention what is happening in Brussels, even when decisions there are more important for people’s lives (global trade, social rights, etc.) than the daily bickering between government and opposition in the House of Commons.

And that leads me to my last point. The EU is an imperfect organisation and it is very easy to identify many of its flaws both from the Right (too much regulation, obstacle to national sovereignty, etc.) and from the Left (too focused on the free market, etc.). But looking objectively, most of the problems which affect us daily – from migration to the economy – clearly surpass national boundaries and are potentially global in scale. With our current levels of global interconnectedness, the nation state cannot and will not, on its own, protect us from those problems. Even if imperfect, the EU is the best we have.

A longer version of this article is available on the Politics and International Relations blog.