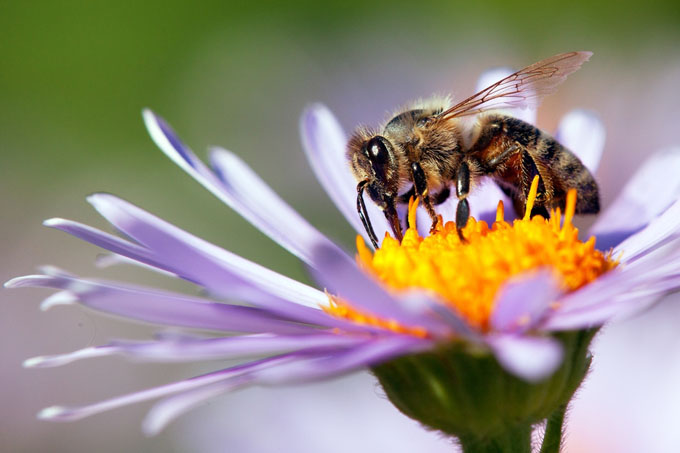 Professor Peter Vujakovic looks at the potential threats, natural and man-made, to our insects.

Could our fields soon become silent of bird song and the buzz of insects? This was Rachel Carson’s concern in what is probably one of the most iconic of environmental science books, ‘Silent Spring’, written over half a century ago (published 1962). She alerted the world to the effects of industrial agriculture and most particularly the impact of synthetic pesticides on insects and the food chain they support, including birds – hence her title. Her book did lead to changes in pesticide use, but despite her ground breaking work we still face tragedy today.

A recently published scientific paper in Nature Communications suggests that a third of our UK bees and hoverflies, important pollinator species, are in decline. In UK uplands the figure is over half the species are in decline. This supports a recent scientific review of global insect numbers that suggests that forty percent of species were undergoing “dramatic rates of decline”, with bees and other important insect species disappearing eight times faster than so-called ‘higher animals’ (mammals, birds, etc.).

Scientists believe that the declines in the UK are mainly due to habitat loss; much, but not all, to intensive agriculture. Climate change may also play a part. Another factor is the continued use of insecticides, although there is now an EU ban on the use of some neonicotinoids that are thought to harm bees.

If this was not enough, March 2019 also saw the first report this year of the Asian hornet in Jersey. This invasive species has spread across Europe and is now a potential threat to the UK. It is a voracious predator of bees, and particularly of honey bee colonies. In 2018 it was discovered in southern England and the nests destroyed. However, a combination of warm weather and the fact that some nests may have escaped notice does not bode well. Unlike our native European hornet, a beautiful insect which should be both admired and protected, the country needs to be alert to the Asian variety and report it if seen using a UK government website.

It seems our insect life is being attacked on several front this spring. Let us hope that sense prevails and more effective conservation measures are put in place. Already many farmers are working with conservation organisations to try to turn the tide, but according to the UK report, “further effort is needed to develop new management approaches that restore habitat and food resources for pollinators across the wider landscape.”

Canterbury Christ Church University is enhancing biodiversity via its ‘Bioversity’ initiative, through which it has established several wild flower areas and a heritage apple orchard on its Canterbury campus. Find out more about Sustainability at Christ Church.

Peter Vujakovic is Professor of Geography and the Chair of the University’s Biodiversity and Heritage Working Group. He is particularly fond of our native hornet, which is more pacific than most people realise!