Shortages: a perfect storm of calamities.

Shortages: a perfect storm of calamities. 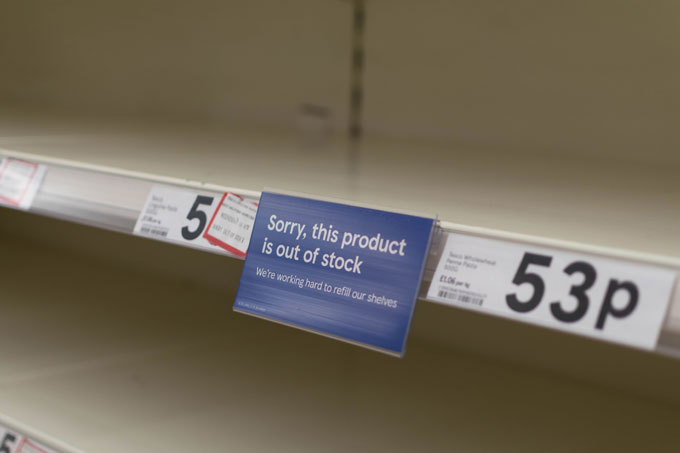 Dr Jake Monk Kydd explores the different factors that are causing shortages in goods, services and potentially empty shelves in the months ahead.

Headlines have been steadily building over the last few months concerning issues of shortages. Among these have been shortages of builders, building materials, service staff, and clinical staff. More recently this has been extended to some consumer items, and the more concerning shortages of semi-conductors for vehicles, and of glass vials for medical use. Additionally, many service organisations have been hit with ‘ping-demic’ issues, adding to pressures already besieging many. This is most starkly illustrated by the long-highlighted issue of the UK not having enough HGV drivers.

Shortages of pandemic impacted cotton workers in India has led to scarcities in the UK of linen for hotels and NHS hospitals. This has been exacerbated by a lack of labour, one commercial laundry reported that 80% of their staff had returned to Eastern Europe after Brexit and during the early days of the pandemic. This leaves organisations facing hitherto unknown challenges and dilemmas, compounded for many with business interruption loans needing to be repaid too.

The situation does not look to be resolved any time soon. Wine merchants and supermarkets are among those warning of potential shortages of some items for the Christmas market, although some suspect that this is to encourage the worried to buy early and therefore help to ease the seasonal rush later. How many consumers will stockpile their favourites wines, sprouts and turkeys, as some did with toilet paper, remains to be seen. Away from the Christmas market Marks and Spencer have warned of additional shortages surrounding food imports from October when the post Brexit rules grace period expires.

There are though other issues at play here in this perfect storm of calamities. The now infamous container ship the Ever Given, highlighted the delicate balance maintained by those running the global logistics industry when it blocked the Suez Canal for six days. The 20,000 containers onboard finally arrived in Rotterdam and Felixstowe some four months late causing shortages for those awaiting their deliveries from China. This is a small part of the current problems, but it highlights a major underlying factor here.

From a slow start in the 1950s with Toyota the concept of ‘Just in Time’ deliveries with a focus on ruthless efficiency and cost savings has firmly become a standard approach across the world. The requirement for extra storage and warehousing facilities, with the extra costs and increased chances of damage, perished goods, and theft, has been removed in many aspects of the supply chain. While the problems of disruption caused by staff shortages, materials shortages, changing consumer demands (such as the spike in demand for home improvements) all play a factor with the inherent weaknesses of the Just in Time deliveries being vividly exposed.

While the manufacturers, service and logistics industries struggle to re-model themselves consumers will need to manage their expectations. The usual multiplicity of choice with out of season products available 52 weeks of the year that we had become used to may well become another thing that we recall from those ‘easy days’ before the pandemic. In the meantime, anyone looking for a new career might want to consider the allure of HGV driving.

Dr Jake Monk Kydd is a lecturer in Retail Management in the Christ Church Business School.