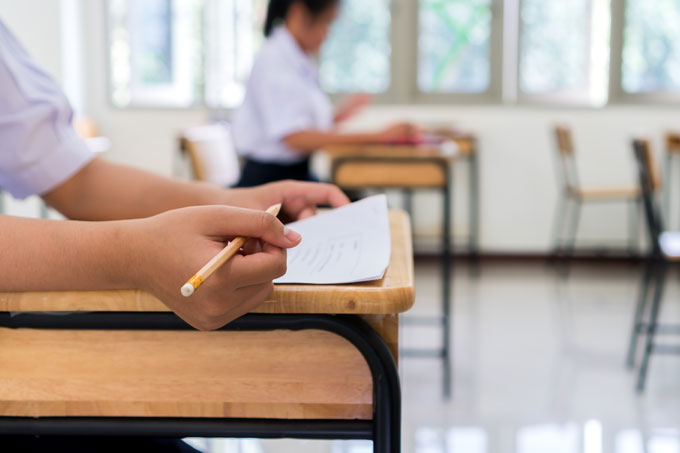 As students across the region sit the Kent Test, Dr Alan Bainbridge assess the evidence for and against a selective schooling system.

Recent days have witnessed an extraordinary series of education ‘happenings’ in primary schools across Kent. On Thursday, 9 September, thousands of 10 and 11-year-old children would have sat two one-hour multiple choice test papers usually referred to as the Kent Test, or 11-plus. These tests, designed by an external company (GL Assessments), have been commissioned by the Kent Local Authority to determine which children should attend either a grammar or secondary modern school.

Despite being an annual and largely accepted feature of the Kent schooling calendar this process of secondary school selection is extraordinary as very few English counties, or even other countries, use short multiple-choice tests to segregate young children.

It would not be unreasonable to assume that if secondary education is to be organised around a selective test, that the test should be accurate and that the segregation of young children into different schooling establishments has some worthwhile educational advantage. Equally, it would not be unreasonable for those in a position to influence and guide education policy to be able to provide an answer to each of these assumptions.

Research has shown us that the 11-plus tests, such as the Kent Test, are very good at selecting a particular cohort of children; those who are older in their year group, have received private tuition, are not on free-schools meals (if they are this will be for a short period of time) and come from higher income families.

The 11-plus tests are not very good at selecting for academic ability and future academic performance. In a report for The Sutton Trust (Evidence on the effects of selective educational systems) Robert Coe and other researchers found that based on 11-plus test score and GCSE outcomes over 20% of the pupils were ‘misplaced’ into either grammar or secondary modern schools.

More recent research using the National Pupil Database found that once prior indicators (such as length of time on Free School Meals) were taken into account, grammar school outcomes were no better than other types of school. Coe found that grammar schools had zero effect with the possibility of three quarters of a GCSE grade advantage.

If the performance of 11-plus tests and selective education leaves much to be desired, then perhaps there are other social advantages for segregating young children? The argument provided by the Department for Education in 2018 to support the Selective School Expansion Fund was that grammar schools promoted social mobility, yet other research has shown that the selection process only enhances already existing social stratification.

My own research, with colleagues, offer some insight into why, despite the evidence, some policy makers still persist in their support of selective education. Our close analysis of debates on selective education in the Houses of Parliament has shown that grammar schools are disproportionately referred to as ‘good’. If Ofsted rated ‘good’ or above comprehensive schools were referred to in the same proportion as grammar schools, then ‘good’ would have been used 6698 times, not the 49 times this actually happened.

The evidence would suggest that selective education offers little or no academic or social advantage but survives due to the misplaced discourse of the inherent ‘goodness’ of selective schools.

The influential cultural theorist Raymond Williams who would have been 100 years old this summer knew this 60 years ago. In The Long Revolution he noted how ‘sorting and grading’ would only facilitate wider social inequality.

Dr Alan Bainbridge will be taking part in a webinar on September 19, What Would a Socially Just Education System Look Like? Inspired by Williams’ lifelong commitment to social justice, the campaigning group Comprehensive Future has organised a webinar to explore better ways to organise education beyond simplistic notions of selective education.

Colleagues from the Faculty of Arts, Humanities and Education will also be open lectures this semester to celebrate what would’ve been the 100th birthday of Raymond Williams. Find out more here.

Dr Alan Bainbridge is a Senior Lecturer in the Faculty of Art, Humanities and Education.