Sex, Violence, Terror: A Troubled Church and the End of Religious Protectionism.

Sex, Violence, Terror: A Troubled Church and the End of Religious Protectionism. 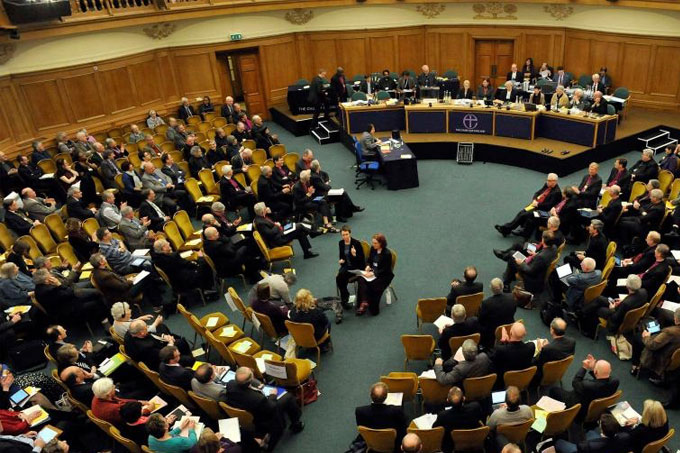 Professor Bee Scherer, Director of the Intersectional Centre for Inclusion and Social Justice (INCISE) looks ahead to the Church of England’s General Synod on Wednesday.

It has not been a good week for the Church of England (CoE). The allegations of the horrific physical abuse endured by elite evangelical Anglican youths at the hand of the former head of the Iwerne Trust, John Smyth QC, shine a long overdue light on a culture of thinly tinted sadism which was allowed to flourish (or fester) within a charismatic Christian personality cult in the context of a sexually repressed, ‘violent and punitive Theology’ as the Rt. Rvd. Alan Wilson, Bishop of Buckingham, recently pointed out (Christian Today, 4 February). On top of that, as the two year CoE consultation process on same-sex marriage draws to its close this Wednesday with a debate in the General Synod, the Church is rocked by an unprecedented rebellion of fourteen retired bishops who, in an open letter dated 10 February, condemn the church’s failure to listen to the lived experiences of LGBT Christians.

Bishop Alan is right to ask “Why can’t the Church of England talk in a grown-up way about sex?” A recent OASIS foundation study on the link between church teaching and mental health detriment among Lesbian, Gay and Bisexual Christians exemplifies the struggle of stigmatised community members seen as falling short of the moral black and white. Further, the revelation of widespread psycho-sexually tinted physical abuse provides yet another example of the detrimental treatment of vulnerable young by those branches of exclusivist Christianity which exert strict regimes of regulatory powers and bio-politics through the extension of absolute truth claims to repressive moral codes. The dualistic true-false absolutisms of closed forms of religious belongings expresses itself regularly in religious violence – be that centripetally in abuse or centrifugally in religious state violence and terrorism. Conversely, in the media, only one religion is regularly linked with terror – while abounding forms of ‘Christian terrorism’ as recently in Quebec are framed in other terms, for instance as ‘right-wing’ or ‘white supremacism’.

We need to challenge popular myths about Christianity/-ies and more broadly ‘religion’ as ‘good’ per se and as the foundation of superior values for ‘enlightened’ societies. Throughout history, Christianity, as any routinized religion, has manifested itself to be as much a force for harm as a force for good. Religions function as forms of vestigial governmentalities and continue to wield undue powers over the mental and physical health and integrity of both followers and opponents. It is, therefore, opportune to question the rationale of the continued privileged protection of ‘religion’ under, for instance, the Equalities Act 2010. We may want to acknowledge that the contested category ‘religion’ points to value-neutral and morally protean cultural traditions which should not claim any a priori position in the hierarchy of Human Rights. As I have argued elsewhere, moving on from the dubious reliance on absolute truth claims and their derived moral regimes, the pragmatic principle of ‘mental-physical integrity’ should be adduced as the leading principle of legal and ethical scrutiny for the forming of societal values and consensus. Society needs to protect itself from closed worldviews resulting in regulatory regimes of mental and physical oppression.

Christianity and all religions can manifest as strong allies to basic Human Rights principles; when not, they should not be able to hide behind the label of ‘religion’ as an – absurdly – protected characteristic.