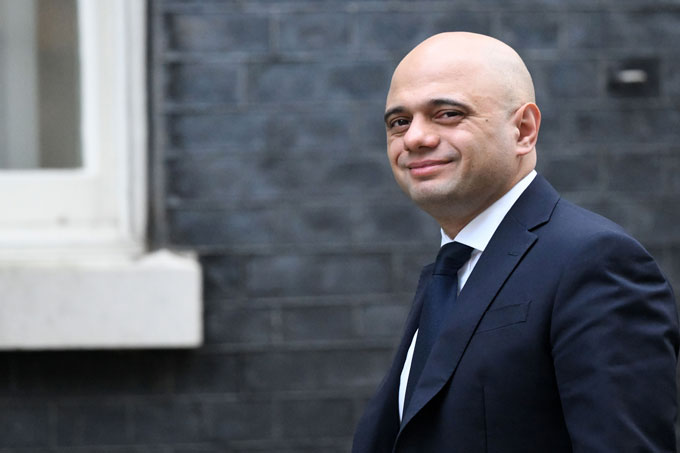 Dr Ralph Norman explores a how Sajid Javid claims to have taken inspiration from a sermon, ahead of writing his resignation letter.

When Sajid Javid resigned from the Cabinet he set in course an avalanche of further resignations, including that of the Prime Minister, Boris Johnson.

Javid’s decision has had big consequences for the UK. So what prompted him to make it?

On Wednesday 6 July, just after PMQs, Javid delivered his resignation speech from the backbenches. Right at the beginning he explained what had changed his mind. It was, he said, the Reverend Les Isaac’s sermon at Tuesday’s Parliamentary Prayer Breakfast.

In the version of his resignation speech written for The Spectator website, Javid says that Isaac “spoke about the responsibility that comes with leadership – the responsibility to serve the interests of others above your own and to seek the common good of your party, your community and above all your country.”

Listening to a recording, when speaking in Parliament Javid had actually referred to “common ground” rather than the “common good”. Perhaps he misspoke. But he seems to have been careful to make sure his published words say just what he intends them to.

“It might sound a bit strange but I was listening to the sermon by this amazing man, Reverend Les Isaac – you know, he started Street Pastors,”

“I was listening to him talking about the importance of integrity in public life and, just focusing on that, I made up my mind.”

“I went straight back to my office and drafted the resignation letter and went to see the prime minister later in the day.”

So, what is in this momentous sermon that changed Javid’s mind and, in doing so, changed the course of a nation?

Taking as his text Philippians 2:8, Isaacs preached on the theme of the humility of Christian service. Jesus, he said, served in humility. And such service continues today. One of the interesting things about the sermon is Isaac’s repeated use of the words “common good”.

“Right across the United Kingdom, men and women who are serving their community without prejudice demonstrate their concern and their passion for the common good of society.”

“Many men and women are quietly demonstrating service, humbly and compassionately, for the common good of the community, of society, of their city and their nation”

“And we are called to serve. We are called to work together for the common good – not just for the party, not just for the denomination, but for humanity. My words of encouragement to us this morning: Give hope a chance. Let hope flourish as you seek to lead and as you seek to have influence and as you seek to exert your influence across the world, across the city, across our community. Let us recognise it’s together we will make a difference. It’s together the common good of our community would be realised. May the Lord help us as we continue to serve.”

So, it seems that Javid’s mind was indeed changed by a sermon on religion and the common good.

Much can be said about the “common good”, a technical term which goes all the way back to ancient Greek philosophy and which features prominently in theological writing. No matter what our identity, no matter what our community, it is about what we share. It is about working for shared goods while respecting the very real diversity found in a pluralist social order.

And seeking the common good is changing Britain.

Dr Ralph Norman is course director for the MA Religion and the Common Good.