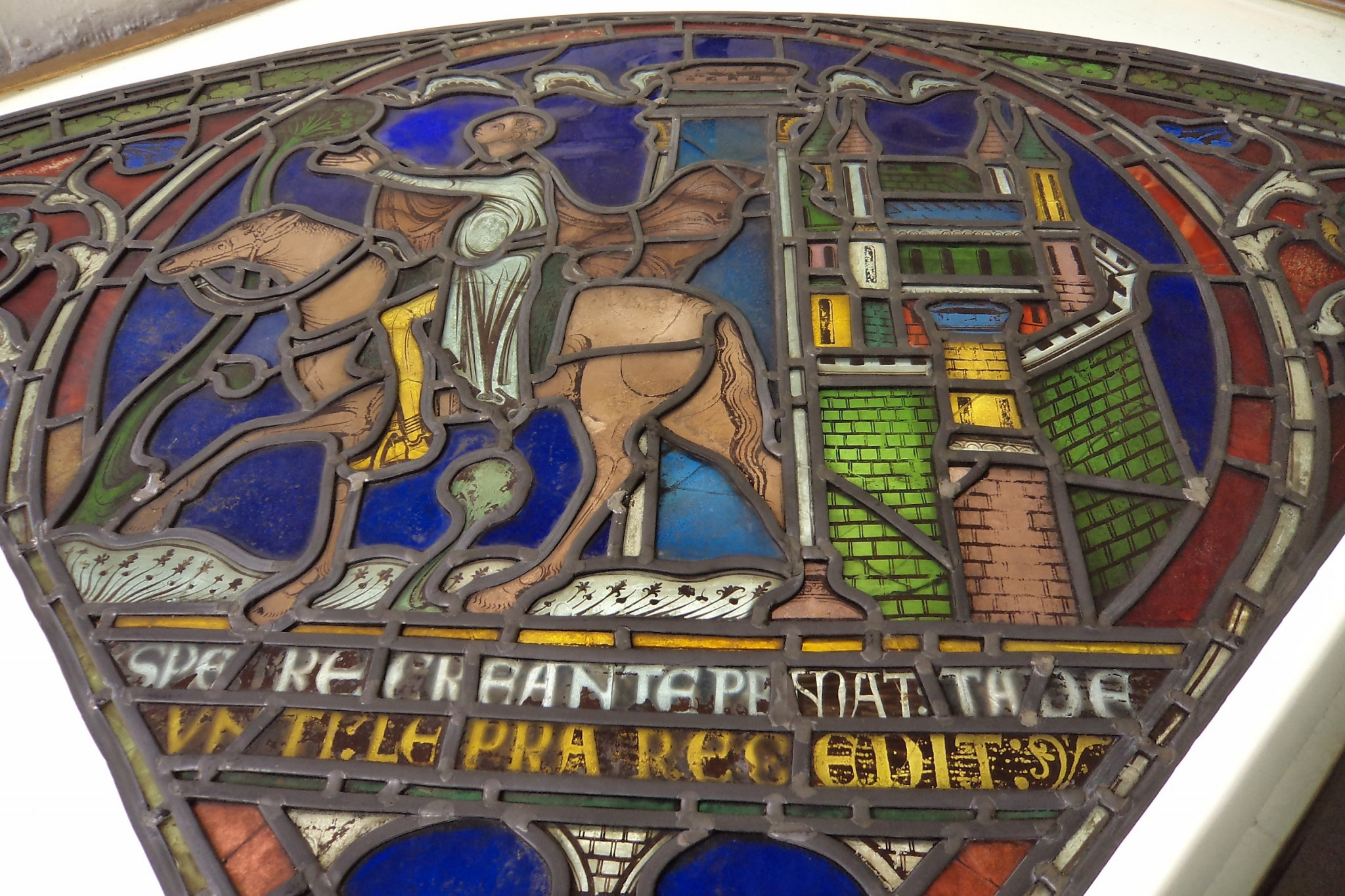 For centuries, following the murder of Archbishop Thomas Becket in 1170, Canterbury has been a major Christian pilgrimage destination. Ahead of the city’s annual Medieval Pageant, Dr Sheila Sweetinburgh explores the experiences of the medieval pilgrims inside and outside the city walls.

There are certain similarities between 2022 and 1350 because in each case large sections of the population wanted to get away, whether this was to go on holiday, attend a music festival, or, in 1350, go on pilgrimage to Canterbury.

It is conceivable from the level of offerings that the percentage of the population visiting St Thomas’ shrine may not have been significantly lower than that reached at the height of the saint’s international popularity in about 1220, the year of his Translation. Furthermore, even if 1350 does not appear to have heralded a ‘super spreader event’ something which anecdotally seems to be happening this year following various gatherings, the Jubilee years (50-year intervals after the Translation) of 1420 and 1470 did witness outbreaks of plague in the city.

Thus, St Thomas and Canterbury remained popular destinations for pilgrims, especially at his various feast days and on Tuesdays, the weekday on which important events associated with Becket had taken place. However, very few miracles were recorded in the late Middle Ages, one of the last being St Thomas’ intervention to abate a storm, thereby saving the pilgrims on board ship.

Pilgrims travelling from the direction of London who arrived after Canterbury’s curfew bell had sounded and the city gates had closed, could have stayed overnight at inns in St Dunstan’s, such as The Catherine Wheel and The Cornysh Chogh (a Becket bird). Whereas for those who had arrived earlier there was more choice, including the city authorities’ own inn, The Lyon or Red Lyon, which took up much of modern-day Guildhall Street, being next to the Guildhall. Only a few poor pilgrims would have found overnight accommodation at St Thomas (Eastbridge) hospital, the sick-poor allowed to stay until they recovered sufficiently to journey to Becket’s shrine or died. If the latter, they could be buried in Canterbury Cathedral’s lay cemetery, the precincts area to the south of the nave which has recently been changed from grass to paving.

To enhance the pilgrimage experience, the corporation in 1478 sought permission to pave what they saw as the city’s most important streets. These included major routes through the city such as Westgate to Newingate (the whole of the high street), Mercery Lane and St Margaret’s Street, but also Sun Street down to the Black Friars gate, which seems a somewhat odd choice.

Another way of attracting pilgrims was the provision of souvenir badges for sale, about 1,300 have been found in England, while some devotees offered precious objects to St Thomas, including Alice Byng’s gift of a gold ring with a sapphire.

A third way which was in place by the early 16th century, if not before, was the annual Becket Pageant during the evening of the 6th July. In addition to the pageant that depicted Becket’s murder and the ascent of his soul to heaven, there were giant puppets and musicians, and every third year Dover’s great candle would be offered at St Thomas’ shrine.

Dr Sheila Sweetinburgh is a Lecturer in Medieval and Early Modern Studies and Co-Director of the Centre for Kent History and Heritage.