Response to the Woolf Institute on Religion and Belief in Public Life in Britain.

Response to the Woolf Institute on Religion and Belief in Public Life in Britain. 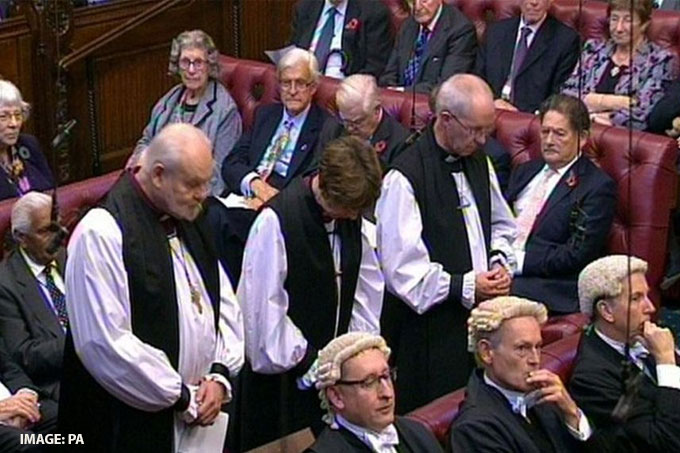 After two year’s work, the Woolf Institute has published its report on religion and public life in Britain.

Professor Trevor Cooling, Director of the National Institute for Christian Education Research at Canterbury Christ Church University and the Chair of the Religious Education Council of England and Wales, expresses his personal views on the report’s recommendations and findings.

The Woolf Institute’s Commission on Religion and Belief in British Public Life is important stuff indeed. Its remit was to examine the place and role of religion and belief in contemporary Britain and, in the light of that, to suggest how conceptions of Britishness and national identity can be inclusive of a range of religions and beliefs.

The key findings are not surprising. Traditional Christian affiliation in Church of England and Catholic churches is in decline. Evangelical and Pentecostal forms of Christianity are growing. The diversity of adherents of non-Christian religions is increasing. More people are non-religious. Britain is a changing society, becoming more diverse and increasingly plural. In this context, finding ways of nurturing national identity is urgent. We need a positive ongoing national story which reflects this new future.

Some of the Commission’s recommendations are predictable. The House of Lords ought to be opened up to rabbis and imams and not just bishops. Radio 4’s Thought for the Day should include greater diversity of religion and belief. Others are visionary. Teacher training in religion and belief should be given similar priority to numeracy and literacy. Generally society needs to be more religiously literate. The most novel recommendation was for a new Magna Carta to be created, reflecting shared understanding of fundamental values that underpin successful plural societies. There is much that is upbeat and forward looking to be welcomed that will contribute positively to the development of what many now call the post-secular society.

But the Commission fell down at one point. In most of the report it welcomes diversity being expressed. But when it comes to so-called faith schools, it simply reels out their opponents’ dogma that they are socially divisive without reference to the breadth of relevant research literature and ignoring Church of England’s stated inclusive policy completely. The chapter is littered with language promoted by the British Humanist Association. This is a serious failing in balance.

The post-secular vision for our plural society offered in most of the report is a breath of fresh air. The reversion to an old-style secularist strategy in some of its recommendations for education is a great disappointment.

Professor Cooling has recently been involved in the publication of Being Christian in Education, which reflects on the Christian voice as it engages in education today acting as a resource for everyone concerned with schools, colleges and universities at a time of national uncertainty for the place of religious belief in the public arena.

The book chapters were written by students from the 2012 cohort of the Doctorate in Education: Christianity, faith and education. Read more.