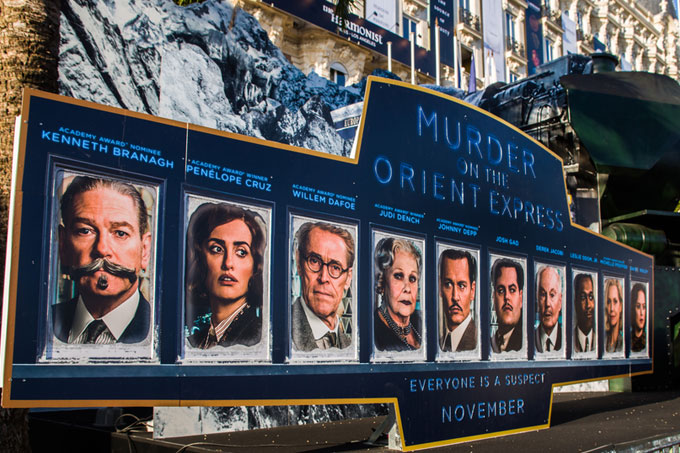 Dr Ken Fox discusses if remakes of films or TV series can be as successful as the originals.

There’s been another Murder on the Orient Express.

The release of Kenneth Branagh’s all-star version of MOTOE prompts a question about film and television’s ability to resurrect, remake, reboot or reimagine versions of an original production. If the story is strong enough, its remake for contemporary audiences can work.

Authors and directors, screenwriters and playwrights have been re-working the classics for generations. Greek tragedies, comedies and odysseys have provided the well spring for cinematic and televisual stories. Forbidden Planet (1956), the great science fiction film of its era, is a version of Shakespeare’s The Tempest. Spike Lee’s latest film, Chi-Raq (2016), set in contemporary Chicago, is a version of Aristophanes’ bawdy anti-war comedy Lysistrata. Apart from Shakespeare, Dickens, Victor Hugo and Greek drama the work of Arthur Conan Doyle and Agatha Christie returns in various forms to find new audiences in each generation.

Some of the most successful remakes in box office terms do not slavishly follow the original but bring a fresh perspective to the story. It (2017), the remake of the TV mini-series based on Stephen King’s original horror novel became the highest grossing horror in film history. Pennywise, the killer-clown antagonist, still has traction with a contemporary audience partly because the man in the Big White House is an even scarier version of harlequinade.

Transnational remakes by Hollywood often fall between two cultures. The Vanishing (Sluzier, 1988), an eerily brilliant Dutch film was remade by Hollywood to dismal effect. Les Cage Aux Folles (1978) reimagined as The Birdcage (1996) lost its joi de vivre in a glossy Hollywood remake, despite the best efforts of Robin Williams. However, there have been some transnational remake successes. Akira Kurosawa’s Seven Samurai (1954) transforms in to John Sturges’ The Magnificent Seven (1960), both masterpieces of cinematic storytelling. More recently the remake of Fingersmith, the 2005 BBC mini-series based on Sarah Water’s book of the same name, translates in to The Handmaiden (2016). Directed by Park Chon-wook and set in 1920s Korea the film captivates cinema goers with its elegant eroticism and light-fingered chicanery.

Remakery, to coin a term, gives credence to the thesis of Christopher Booker’s 2004 study (The Seven Basic Plots: Why we tell stories) on story types where he claims, appropriately he is not the first to do so, there are only seven: Overcoming the Monster; Rags to Riches; the Quest; Voyage and Return; Comedy; Tragedy; and Rebirth.

Reductive as this may seem you can easily spend a happy hour naming films, books, plays, television series, radio drama, oral stories that topple in to these categories. MOTOE may not be everyone’s favourite whodunnit but it finds a new audience by mixing tragedy, a little comedy with voyage and return, and populates the carriages with an array of contemporary famous faces only too happy to be stuck on that murderous train.

Dr Ken Fox is Principal Lecturer in the School of Media, Art and Design.