#comicsgate, backlash, and the future of the comics industry 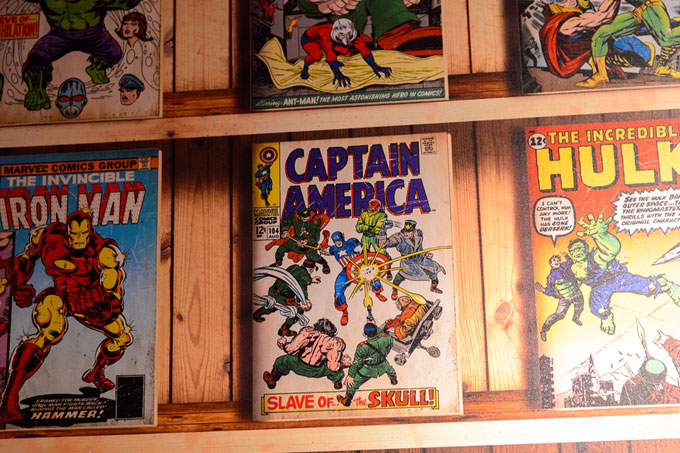 In the 1990s, the audience for comics was largely white and male. Partially driven by the tremendous popularity of films based on comic-book characters, the reader demographics now tell a very different story: there is now almost an equal split among men and women.

The readership is also more diverse than ever, and there are more women and people from BME backgrounds in comic book representations. While this might sound overwhelmingly positive, it has elicited a backlash from entrenched white male fans who see this an assault on the existing fandom, from which they derive their cultural capital, and the industry as a whole.

A group known as ‘Comic Book Skeptics’ regard the current direction of Marvel Comics toward greater diversity as everything that is at fault with the industry.  This group attributes declines in sales to Marvel making changes to its major characters; Marvel seems to have aligned with this. David Gabriel, VP of Sales at Marvel, also cited diversity when referring to reasons for falling sales. Part of this depends on how sales are recorded – the spaces in which, and through which, comics are sold. Shifts in reader demographics have occurred at the same time as shifts in circulation technologies.

While sales of physical single issues through comic shops, still often regarded by women and BME groups as white male spaces, might appear low, digital sales and purchases of trade paperbacks (collections of issues) through the internet and bookshops tell a different story.

Ms. Marvel, for instance, which is about a teenage Muslim girl born to Pakistani immigrants in the US, sells far better in digital and collected formats than physical single issues, still the benchmark by which sales are judged. The same is true for Unbeatable Squirrel Girl which, while nominated for awards and championed for its body positivity and resistance to the objectifying male gaze, sold less than 10,000 physical copies in September 2017, only just keeping it in the top 200 titles by sales.

The comic industry is therefore in the midst of a battle between the sales-driven critique of privileged white male fan communities and newer, more diverse, fan communities who are less visible in terms of traditional data. The former favour the maintenance of the status quo and the eternal return of the same white men who led the industry into its near demise, the latter, experimentation.

This is not to say that there is not room for both trajectories, or that all of the experimentation has been successful.

Although representation is increasing, the diversity of creative teams and those in positions of power lags behind, and some legitimate criticism draws attention to this, particularly with representations of non-heteronormative sexuality.

The major significance of this is in its connection to other movements, such as #gamergate, a backlash by white male ‘gamers’ against increasing diversity in the games industry, and the Rabid Puppies movement in science fiction, which had a similar motivation.

In the context of the rise of the alt-right, allegations about Harvey Weinstein and Joss Whedon and systemic abuse by powerful men, and in the fact that Donald Trump was able to secure election to the presidency despite boasting about sexual assault, it is clear that there are broader issues at stake in Western society than who gets to appear in popular culture, and in what contexts. While the fans in the backlash argue that they are resisting the ‘politicisation’ of their fandom, politics has always been present in science fiction, comics, and computer games; the very protests they are mounting are testament to that fact, and are themselves political.

The protests are also an indication of right wing white male anxieties, and we should take those seriously even if we regard as pointless discussions of whether a black teenage girl can replace Iron Man.

Dr Michael Goodrum is  Senior lecturer in the School of Humanities.