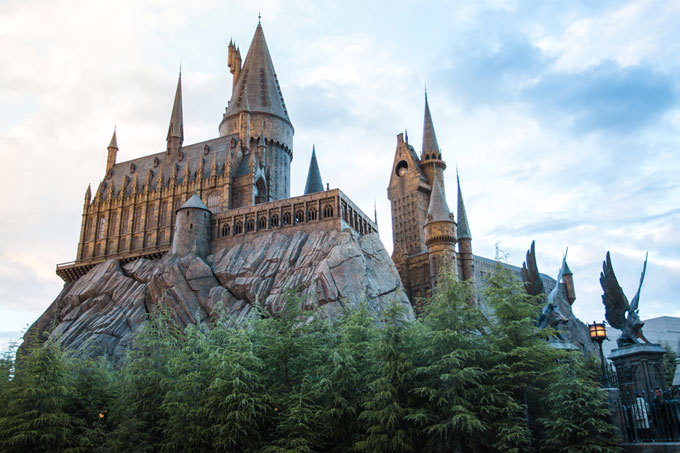 It’s been 20 years since Harry Potter first landed on our bookshelves. Emily Guille-Marrett, Writing for Children Visiting Lecturer explores why the books have been so successful.

Harry Potter is a phenomenon in the world of children’s literature. Not only have the Harry Potter books captured the imagination of children and adults around the world but people are also drawn to the rags-to-riches story of how author JK Rowling went from single mum and writer on benefits to best-selling billionaire author. She epitomises the creative author writing tirelessly, repeatedly rejected by publishing houses and yet who, in the face of adversity and repeated failure, remains resilient until she succeeds. Through her author appearances and now social media presence, audiences continue to feel connected to her and her work.

But what will happen to the Harry Potter books in the future? Will audiences still connect with the stories when JK Rowling is no longer with us? What will happen when the books are being read by the third generation of children removed from the original book launches, media hype, film productions and merchandise? There’s no doubt that publishing house Bloomsbury will be doing all in its power to continue to nurture and grow the Harry Potter brand.

However, there are a number of reasons why I believe the Harry Potter series of books will be classics in the future and continue to be bought, borrowed and read by generations of children to come – whether they will be read on paper or screen is a discussion for a different debate! Over the years various academics, publishers, authors and librarians have sought to define what are the features of a classic children’s books. I will draw on some of these features used to define a classic to explain why I believe Harry Potter will stand the test of time:

The reality is that not all the Harry Potter books will be deemed classic. There is usually one that resonates, for example, The Lion the Witch and the Wardrobe is the book most people remember in C.S. Lewis’s The Chronicles of Narnia series. Which Harry Potter title that will be – that is hard to predict. Although I imagine the first book, which lays the foundation for the world and its characters is a strong contender. One contentious area used to define whether a book can be deemed a classic is that of quality. This is an issue often discussed in the work of Enid Blyton, who although bestselling and often considered a good storyteller, is rarely considered quality by the literary establishment.

Personally, I think JK Rowling’s Harry Potter books are fantastic. The latest research shows that children who enjoy reading are more likely to succeed academically and reading literary fiction develops empathy. As someone who is passionate about children’s literature, I can’t thank JK Rowling enough for writing engaging stories that encourage children to read and love what they’re reading. So Happy 20th Anniversary Harry Potter and let’s hope the magic of reading spreads for generations to come.

Emily Guille-Marrett is also a Publisher, Writer and the Founder of Reading Fairy. Find out more about Creative and Professional Writing in the School of Humanities at Canterbury Christ Church University.