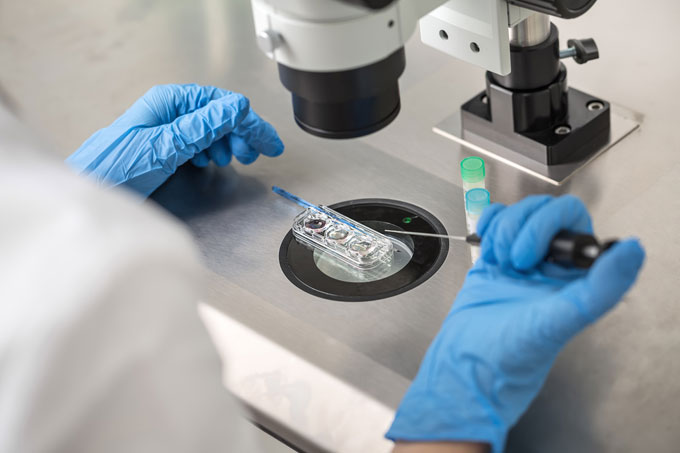 Dr Simon Harvey, Director of Life Sciences, says it is unsurprising that males over 35 have a lower chance of conceiving through IVF.

In vitro fertilisation (IVF) has been a tremendous success story and has allowed many thousands of individuals and couples who would not otherwise have been unable to have children to do so. Unfortunately, however, it is not always successful.

It is well documented that one of the major factors that influences the success, or not, of IVF is the age of the egg donor. This mirrors the long-standing and well-understood effect of female age on fertility, both natural and assisted. Essentially, it is harder for older mothers to conceive. There is also an increased risk of miscarriage as well as a higher rate of various birth defects when the mother is older.

Work presented at the European Society of Human Reproduction and Embryology meeting this week now suggests that male age also affects IVF success. Broadly, this analysis of nearly 8,000 couples undergoing IVF indicates that as well as an effect of female age, success rates were significantly lower when men were over 35. This work is gaining widespread media coverage.

It is however not a new result that male age also matters. Many characteristics of sperm decline with age and these can negatively affect pregnancy outcomes and aspects of how children subsequently develop. For example, previous comparisons of men over 40 with those under 25 indicated a lower likelihood of conception in the older men. Similarly, the risk of spontaneous abortion has been found to be higher when fathers are over 35. Specifically for the case of IVF, male age has been known to be a risk factor for over a decade.

Whilst the effects of increasing male age are not as severe as those seen in older mothers, they are still important. It is therefore surprising that more consideration of male age is not seen in the discussion of fertility. For example, in IVF the age of the mother is normally the key factor when assessment of chromosome copy number in preimplantation embryos is considered. It may be useful to also consider male age in such screening.

There has also been considerable interest in egg freezing, most commonly to women whose fertility is at risk due to disease, but also by women who wish to ensure they can become pregnant when older. These results suggest that there may also be advantages for men to consider freezing their sperm when they are young.

Find out more about the Life Sciences programme within the School of Human and Life Sciences at Canterbury Christ Church University.