Pandemic, policing and the presidency: how race shapes American history.

Pandemic, policing and the presidency: how race shapes American history. 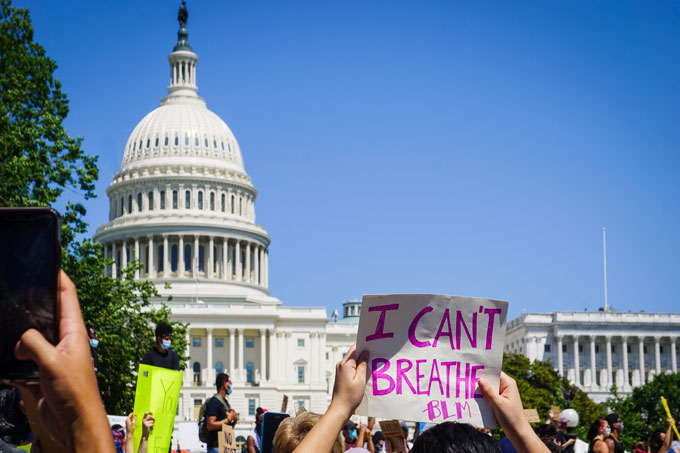 Despite its relative youth, America has witnessed more than its fair share of fascinating history. From barren wilderness to home to 330 million, and the extraordinary story of how America grew into a global superpower.

Recently, I took part in the filming of a new Channel 5 documentary, A Big History of America, to discuss several historical events, eras, and individuals within the American story. However, I often returned to a salient point: race has profoundly shaped and reshaped a tumultuous American past, spanning from indigenous settlements and colonial conquests, to Black Lives Matter.

The documentary will air on the final day of Black History Month here in the UK, and to mark the occasion, below is a brief commentary on how the pandemic, policing and the presidency is continuing the story of how race shapes America’s past, present and future.

On 11 March 2020, the World Health Organization officially announced that the coronavirus disease (Covid-19) outbreak had reached the level of a pandemic. In response, President Donald Trump declared a national emergency on 13 March 2020 and within four days, all fifty states had confirmed at least one case of coronavirus. Community spread (infections not epidemiologically linked to overseas travel) of Covid-19 increased rapidly and by early April, all but eight Republican U.S. governors had exercised emergency powers to issue stay-at-home orders.

An economic crisis brought on by the pandemic struck with stunning speed, leaving millions unemployed in the first three months of the Covid-19 recession. One of those individuals was a 46-year-old black American man named George Floyd, who would not survive the dangerous crossroads of the pandemic and policing.

Two months prior to George Floyd’s fatal encounter with a Minneapolis white police officer, he lost his job as a club bouncer because of a state-wide order to close all bars and restaurants.

On 25 May 2020, George Floyd’s race and economic precarity fatally converged, and he was suffocated to death by the knee of a police officer pinned on his neck for nearly nine minutes. Perhaps it was the physicality of this slow murder and Floyd’s pleads of ‘I can’t breathe’, but this particular police killing sparked national and international protests.

Black Lives Matter activists quickly transmuted the outrage over George Floyd’s murder to move ‘police abolition’ and ‘defund the police’ movements from the margins to the mainstream. Indeed, lawmakers from more than a dozen states had introduced, amended, or passed bills addressing policing just three weeks after George Floyd’s death.

However, amid the renewal of mass social justice protests, President Trump denounced Black Lives Matter as a ‘symbol of hate’ and capitalised on racial divisions through stoking white racial resentment and violence. With the race for the presidency approaching its end within a raging pandemic and the eruption of civil unrest in response to the October police killing of Walter Wallace Jr., there is much to lament, but hope remains.

Dr Althea Legal-Miller is a Senior Lecturer in American History and Culture in the School of Humanities.