Online resources and Code Red for Humanity: the role of education.

Online resources and Code Red for Humanity: the role of education. 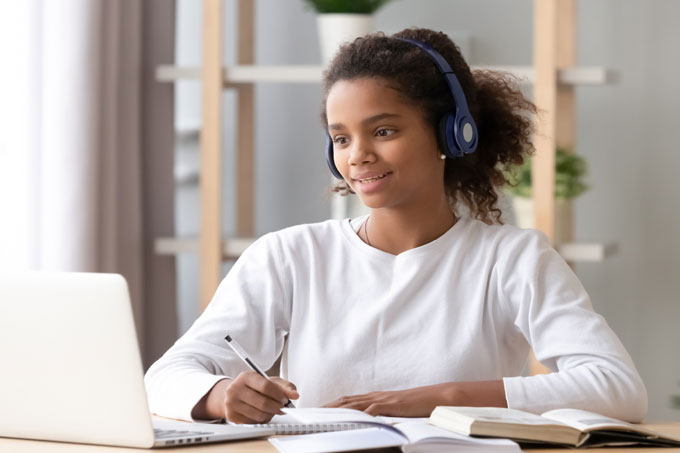 Dr Chris Beighton and Caroline Pestell explain how online learning resources should be approached, understood and used by teachers.

In early July 2021, the BBC removed  an addition to its popular online learning resources, BBC Bitsesize. The offending resource, part of its GCSE geography provision, attracted criticism for suggesting that global warming might lead to healthier outdoor lifestyles, facilitate access to oil in Siberia and Alaska, as well as create new shipping routes and tourist destinations.

Critics such as George Monbiot and Extinction Rebellion argued that it presented a false debate, purveying untruths about climate change as if the issue were a question of pros and cons. As it is unclear how long the web page was active before its removal, and how many young people may have been influenced by it, we cannot know how many now think that evidence exists that climate change will lead to “healthy outdoor lifestyles” rather than, say, widespread melanoma or mass migration resulting from global warming.

As online learning becomes increasingly normalized, this example echoes research that we are engaged in here at CCCU, interviewing newly qualified teachers throughout the pandemic to investigate their use of online resources. In a controversial article in 2018, Peter Thomas, then chair of the National Association for the Teaching of English (NATE), argued that new teachers lacked “autonomous confidence” in their (in)ability to critically judge such resources. Instead, Thomas argued, a reliance on second-hand information and hand-me-down resources of dubious provenance undermines their ability to teach new subjects effectively.

Our research into these provocative claims so far highlights a range of attitudes and practices regarding online resources. And the Bitesize affair underlines the importance of investigating exactly how such resources are approached, understood and, crucially, used by teachers. In the case of the Bitesize webpage, it’s vital that teachers do more than jump on politically correct bandwagons and condemn online sources for distorting the truth.

Climate Change is a good example of relativistic attitudes to truth and complicity with the unsustainable exploitation of the planet highlighted in a previous post and the UN/ IPCC’s “Code red for humanity”. Certainly, for decades education researchers have been saying that teachers – and their students – need to demonstrate a critical sense of such material, and our research will help us to understand the extent to which this is still required. But the BBC Bitesize incident suggests that, even in well-resourced, well-respected institutions, important issues can be traduced by well-meaning educational providers in the belief that a “pro and cons” approach can be taken to everything. It reminds us that teaching must help expose irrational ideas promoted (for example) by such media: the effects of more tourism in Alaska, more gas in Siberia, and more barbecues in suburbia are not simply a question of perspective.  Teachers, learners, and, it would seem, education resource designers, need to remember that evaluation, judgment, and the critical identification of the sophistical, the specious and the downright silly are essential aspects of learning. Including and, perhaps, especially, online.