Mental health in elite athletes: can we kick mental illness into touch please?

Mental health in elite athletes: can we kick mental illness into touch please? 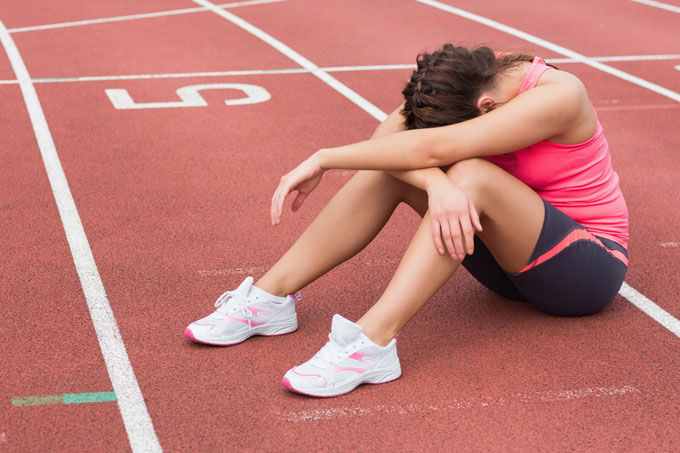 Elite sport is typically characterised by a demanding and uncompromising approach to achieving success. Yet recent media reports have led to questions about whether the welfare of elite sport participants is being compromised in the search for success. And with reports last week of a professional footballer being detained under the mental health act, it shows more needs to be done to help improve athletes’ mental health.

Understanding the prevalence of elite athletes’ mental health concerns is challenging for a number of reasons, not least the stigma associated with speaking out. In our research, it appears that elite athletes have a similar occurrence of mental distress to the general population, and in some instances it may be higher (e.g., eating disorders).

Our research also highlights that the perceived mental health stigma among both elite athletes and coaches is associated with a reluctance to seek help.

Academically, the term ‘mental health’ is contested, yet the terms we use are important professionally, practically, and politically. We would argue that the language associated with mental illness may exacerbate stigma, as well as cause athletes’ to be reluctant in asking for help.

In December 2015, as part of the Government’s Sporting Future strategy, Baroness Tanni Grey-Thompson was asked to conduct an independent review into the duty of care sport has towards its participants. The report was published last month. A key proposal emerging from the report is that there should be sector standard mental health training, with National Governing Bodies including mental health awareness training in their coaching courses.

Advocating that athletes should be central to any system involved in the duty of care, and involved in the development and implementation of these proposals would increase the likelihood of success. Indeed, our research, suggests that coaches were seen as important signposts for the receipt of psychological support, and that both clinical and sport psychologists were seen as practitioners capable of providing support. With differing competencies developed through training, it seems to us that a training pathway that develops both clinical and sport-related competency would be desirable in enhancing the psychological support available to athletes.

Baroness Grey-Thompson’s report also advocates that: “Mental resilience…should be developed with the same consideration that physical resilience is built”.  Although it is not clear what “mental resilience” may look like in these proposals, research at Canterbury Christ Church University has contended that due to the lack of understanding and research in this area, a contradictory effect could arise, and a programme designed to enhance resilience might have the unintended impact of exacerbating athletes’ silence.

Much remains to be learned about the impact and cost-effectiveness of strategies to enhance athletes’ mental health. To utilise what is likely to be limited resources effectively, it is probable that we need better quality research in understanding athletes’ vulnerability to challenges in mental health and how athletes have overcome a sense of stigma, shame, or fear of loss that might ensue from speaking out and receiving help.

Sport is perhaps the epitome of a culture that emphasises self-sufficiency, control, independence and autonomy; what has been labelled an ideology of individualism. This ideology can thwart understanding of the social and cultural impacts that precipitate and maintain our psychological states.

There is much to commend Baroness Tanni Grey-Thompson’s review. Like so many things, the success of many of the proposals may come down to the devil in the detail, but there is an opportunity here to contribute much more than a marginal gain in athlete mental health.

Dr Mark Uphill is a Senior Lecturer in Sport and Exercise Psychology in the School of Human and Life Sciences.

Jan Burns MBE is a Professor of Clinical Psychology and Head of the School of Psychology, Politics and Sociology.